Naomi Osaka breaks down at first presser since Tokyo Olympics 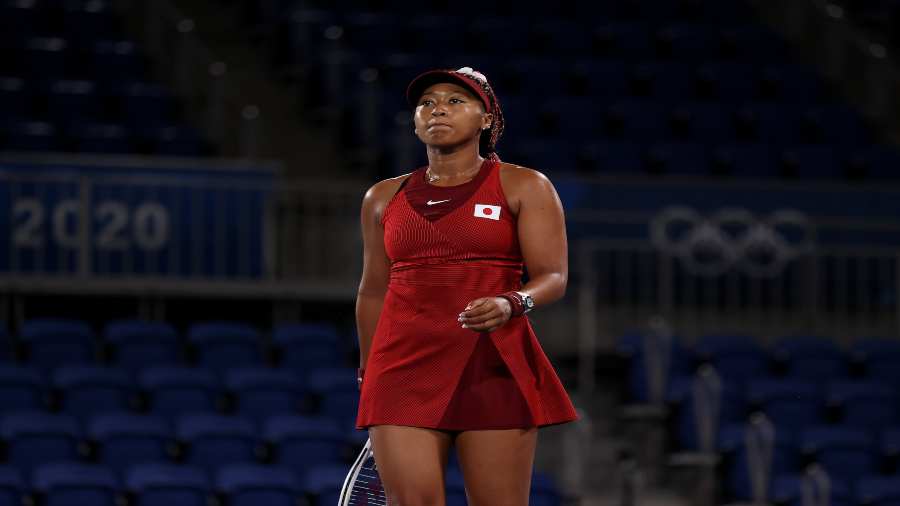 Naomi Osaka struggled to hold back tears in her first press conference since pulling out from the French Open over mental health concerns. The 23-year-old broke down during a press conference at the Cincinnati Open on Monday when local reporter Cincinnati Enquirer columnist Paul Daugherty appeared to confront her about balancing having a big media profile and not speaking to the media.

"You're not crazy about dealing with us, especially in this format. Yet you have a lot of outside interests that are served by having a media platform," Daugherty asked during the zoom interview.

"I guess my question is: How do you balance the two?" Daugherty added.

Osaka took a moment to gather herself before replying, "When you say I'm not crazy about dealing with you guys, what does that refer to?"

After a brief exchange, the Japanese said, "I'm not really sure how to balance the two. Like I'm figuring it out at the same time as you are."

I feel so bad for this young lady. Everyone isn’t able to handle what others may have or are handling.

Naomi Osaka's 1st press conference since the French Open controversy saw the tennis star break down in tears after a reporter asked her an "aggressively toned question.” pic.twitter.com/KQDqN5yXzs

But Osaka started tearing when another reporter asked tennis-related questions and the four-time Grand Slam champion left the room to compose herself. Osaka then returned to the interview room to continue the press conference.

In addition to donating prize money to relief efforts in Haiti following a deadly earthquake, tennis star Naomi Osaka said she plans to do more. "I feel like I'm not really doing that much," Osaka said on Monday.

"I'm trying to figure out what I can do. The prize money thing was the first thing I thought I could do that would raise the most awareness. I guess that is the reason I announced it." A 7.2-magnitude earthquake struck the region on Saturday, with an estimated death toll of 1,400. On Saturday night, Osaka tweeted her decision to donate her prize money from this week's US Open tune-up tournament in Ohio.

Osaka, who has a Haitian father and Japanese mother, has an opening-round bye in Cincinnati. She will face the winner of Tuesday's match between Coco Gauff and qualifier Hsieh Su-Wei.

When asked about Haiti during Monday's news conference, Osaka became emotional and had to step away for a few minutes before returning to answer more questions.

Haiti is also dealing with the fallout from last month's assassination of president Jovenel Moise, and now the effects of a tropical storm which is hampering earthquake recovery efforts.

"I see the news every day, and honestly the earthquake was kind of close to my parents' school there, so I'm honestly not really sure how that's doing and I haven't seen any pictures or video of it yet."

Osaka, who is ranked No 2 in the world, won her second career Australian Open earlier this year, but withdrew from the French Open and Wimbledon because of mental health concerns. "It was something I needed to do for myself," Osaka said.

"I was a little bit embarrassed to go out because I didn't know if people were looking at me in a different way. The biggest eye-opener was going to the Olympics and having other athletes come up to me and say that they were really glad that I did what I did. I'm proud of what I did."

When Osaka reached out to Simone Biles

Osaka also said she reached out to US Olympic gymnast Simone Biles, who withdrew from the US women's team final in Tokyo for her own mental health needs.

"I sent her a message," Osaka said.

"I also wanted to give her space because I know how overwhelming it can feel." Osaka, who lit the Olympic cauldron in the opening ceremony in Tokyo, said she took time off after returning and said she's motivated to do well in Cincinnati after having to withdraw from last year's event with a hamstring injury.

The Western Southern Open is considered a tune-up for the US Open, which begins August 30 in New York. "I felt like I played well in Tokyo," Osaka said.

"But there was still some decisions that I didn't make that well, so I just wanted to get that feeling back because I honestly haven't played many matches this year. I guess I'll see how well I do in this tournament and sort of lead it on from there into New York."