Nadal, Tsitsipas, Berrettini, Medvedev on the cusp of history

Should Rafa win the Australian Open for a second time, hewill become the first man to claim 21 grand slam titles, nosing ahead of Djokovic and Federer 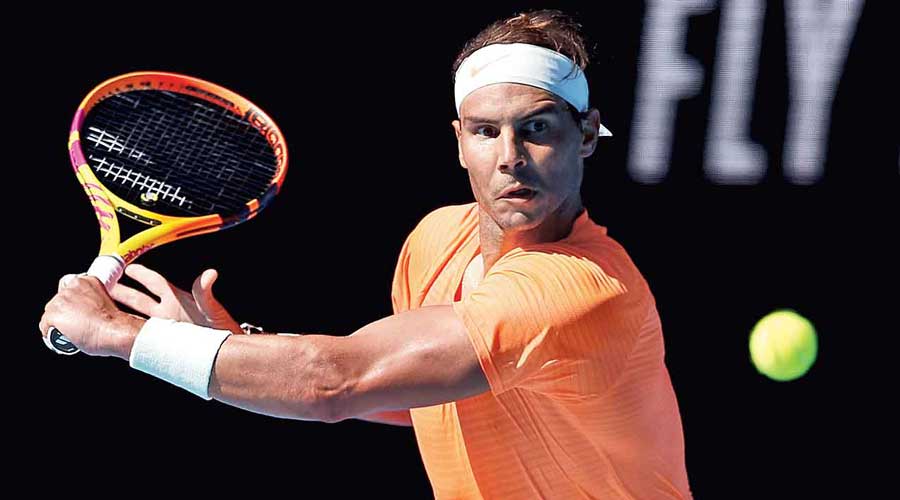 An Australian Open that began with an unprecedented saga involving reigning champion Novak Djokovic will finish with a historic flourish on Sunday with all four men’s semi-finalists having the chance to write their names into the record books.

Should 2009 champion Rafael Nadal win the Australian Open for a second time, the Spaniard will become the first man to claim 21 grand slam titles, nosing ahead of great rivals Djokovic and Roger Federer. The 35-year-old has said he is more motivated by the love of playing than finishing ahead of Djokovic and Federer.

Matteo Berrettini, who will play Nadal in the first semi-final on Friday, is seeking to become the first Italian to win the Australian Open.

“I like to think that I’m writing a little bit (of) Italian tennis history. We are a great country for tennis,” he said.

Daniil Medvedev can become the first man in the Open era to win a second major immediately after claiming his first following his 2021 US Open success. “If it’s true, then it will be history. It’s perfect,” the Russian said.

Stefanos Tsitsipas, who will face Medvedev in Friday’s other last-four clash, would become the first Greek to win a grand slam should he lift the trophy.  “I’m headed in the right direction and things look good for me so far,” Tsitsipas, the youngest of the four semi-finalists at 23, said. “And, well, with the right mindset and with the right attitude and with the right development throughout the tournament, my chances are pretty good.”

The drama surrounding Djokovic’s deportation from Australia on the eve of the tournament has not been forgotten. When Medvedev mentioned he had channelled the warrior spirit of Djokovic after overturning a two-set deficit against Felix Auger-Aliassime, he was booed by some fans.

But the quality of the last four men standing is superb, with each either having lifted a Grand Slam title or made it to the final since Nadal’s 2020 French Open win.