Advertisement
Home / Sports / Must win, Rohit or no Rohit

Must win, Rohit or no Rohit 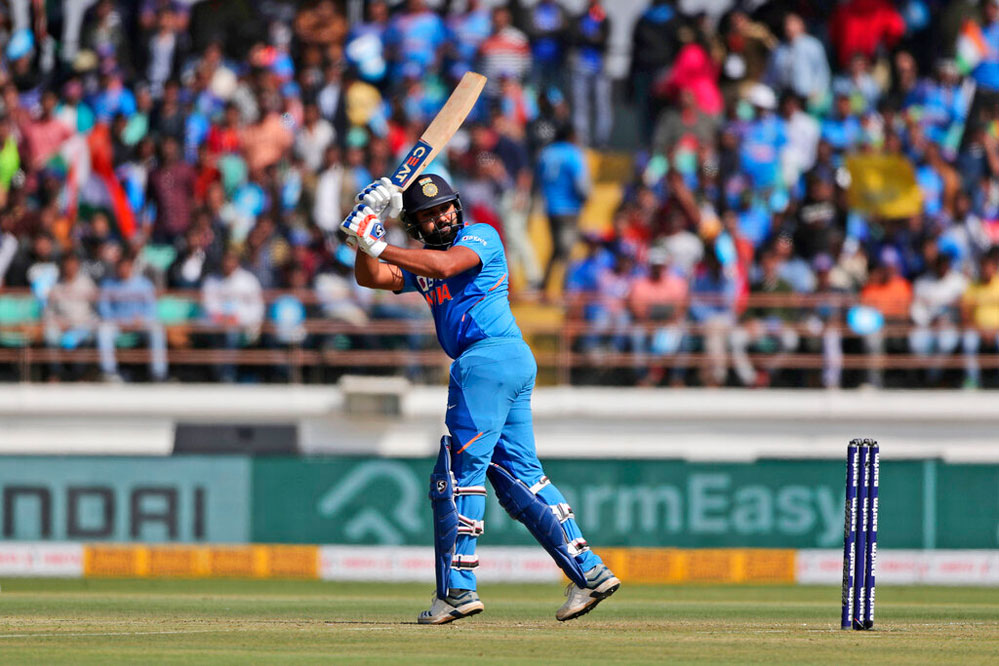 The Chinnaswamy on Saturday evening was a far cry from the throbbing atmosphere that is expected on the eve of a pulsating decider involving India and Australia.

Apart from a few passers-by trying to make sense of the floodlights and the heightened activity of the TV crew, there was hardly anything to suggest that the Virat Kohlis and the Steve Smiths were in the city.

The stars, however, were missing from the match-eve action, having spent the day travelling after another high-voltage clash. The Indians finally recovered some lost ground in Rajkot after the 10-wicket blow at the Wankhede.

The alarm bells were ringing but India’s top and middle-order allayed fears with conviction and solidity in Rajkot. KL Rahul has provided fresh hope when all seemed lost.

The likes of Mitchell Starc and Pat Cummins had exposed India’s fragile middle-order in the opener. Four wickets went crashing for 30 runs and it brought to the fore the middle-order mess that has time and again haunted India in this format.

The visitors could have done an encore on Friday had Rahul not played a blinder in the closing stages of the innings and set an imposing target. The bowling, besides Jasprit Bumrah, wasn’t that encouraging and the Aussies have to be blamed for plotting their own downfall after the departure of Smith and Marnus Labuschagne.

The result prompted Virat Kohli to calm nerves amid the sense of fright that had engulfed the nation. “We live in the days of social media and the panic button was being pressed too early,” the India captain said.

Rahul has given the thinktank the option of using him as a wicketkeeper-batsman in the limited-overs version, the kind of role Rahul Dravid excelled in during the 2003 World Cup. Besides serving as a backup to Rishabh Pant, he has also served a notice to the youngster: perform or perish.

Having proved his worth batting at No.5 in Rajkot with an innings which had a strike rate of over 100, he offers more flexibility to the batting order. If Virat is dismissed early, he can move up the order to No.4 when the need arises or play the role of a aggressive finisher as witnessed on Friday evening.

That his wicketkeeping skills are trustworthy was exhibited in the manner he stumped Aaron Finch off Ravindra Jadeja. Such quicksilver reflexes can also be relied upon in the T20 format.

“This is probably the best he’s played at the international level. That knock showed maturity and class,” Virat paid the ultimate compliment for Rahul’s 80 off 52 balls.

If Rahul set the stage on fire, Shikhar Dhawan had laid the platform with another innings of guts and courage. The opener, who was struck on the ribs while batting, is reportedly fit for the decider but there’s still uncertainty over Rohit Sharma’s availability.

The India vice-captain hurt his left shoulder while fielding. The recovery of both the openers is “being closely monitored” and the team management will take “a call on their participation on the day of the match”, was the news from the Indian camp. But considering Rohit’s importance to the side and the repercussions a negative result could fetch, the team management will be forced to think twice before resting him on Sunday.

Even Smith was concerned about Rohit’s injury. “He’s a world class player. And if he’s no good, you know, we wish him all the best. Hopefully he will be okay.

“But if he’s not, I’m sure he does leave a hole for them because he is phenomenal at the top of the order. I think his record speaks for itself,” the former captain said.

The Chinnaswamy is known to produce a belter but Kuldeep Yadav’s unorthodox bowling could once again prove to be the trump card. There’s been not much dew but it remained cloudy for most of Saturday and intermittent showers can’t be ruled out.

But the Australians seem prepared to tackle the worst. They know they have to be the toughest mentally, hungriest on the field and the most closely knit unit to battle the adversities. They are determined to regain their one-day status, and if they can topple India, they would have taken a huge step in their endeavour.