Muskan Sethi on playing poker professionally and acing it 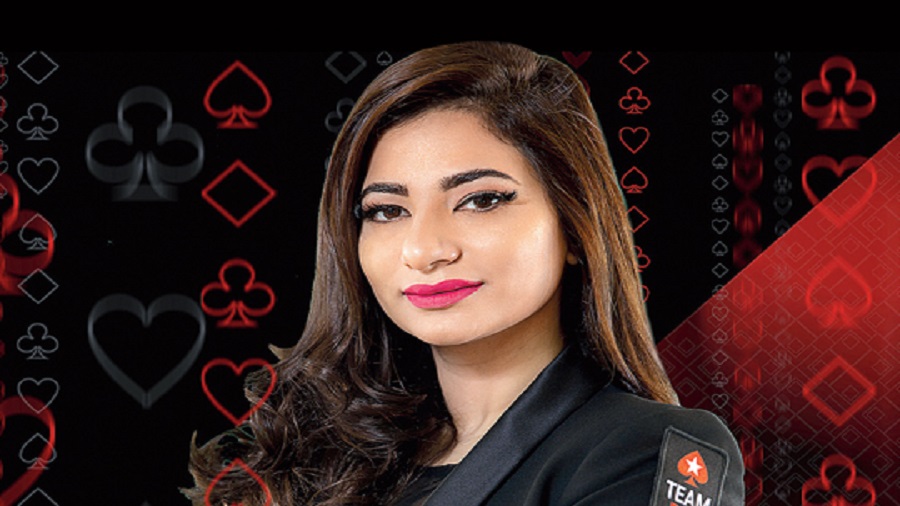 For a long time, poker was a game solely associated with men, especially in India. Keeping up, however, with the changing tides of inclusivity and increasing participation of women in sports among other activities, poker now boasts of an increasingly large number of female stars and role models. Trailblazing the phenomenon in India is the country’s first sponsored female professional poker player Muskan Sethi, who not only promotes it to be a mind sport but also inspires women to play their cards right. She is now the brand ambassador of the popular online poker card room, PokerStars India. The Telegraph caught up with the national award-winning poker star after a brief session on the nitty-gritty of the game, where she spoke about her journey, her routine and her decision to becomes a professional poker player. Excerpts...

Other than the lack of role models, poker is also often seen in a negative light in India. Did it prove to be a hindrance in the early stages of your career?

I got a lot of strange reactions when I started out. Even though poker was associated with gambling, the reactions that I received were never negative. Maybe the upcoming generation is more well-informed about the game because when I travel to different cities in the country, people know about me, they recognise me, they have an understanding of poker, they follow the games online and are up-to-date with the international championships too.

Another thing that I have noticed along my career is that it is never about any particular generation. People who are as old as our grandparents already play games like bridge and rummy. So, when they find out about poker, they have a sense of respect about the game, they know it is hard to master and not ‘just another card game’. I know a lady who is in her 60s and is so active on PokerStars that her husband always complains about her not having time for him (laughs).

The perception of the game is mixed. Our country is so diverse that I find it wrong to generalise the feelings around any one particular topic. The respect and recognition of the game are almost everywhere in the country. Yes, there are some pockets that don’t have a clear understanding of poker but that is solely because of the lack of awareness which, in turn, results in the lack of role models for them.

Your poker journey started with family card games before moving on to online poker games and then eventually turning pro. What was the shift like?

It wasn’t just casual games; we used to play strategic games more often, to be honest, because I was very competitive in nature mainly because I was into sports growing up. I was introduced to poker by my father and I took to it pretty quickly because, after a point of time, I was craving for that challenge that the game provided. That’s really how my journey with the game really started. From there on, I started playing online on Zynga Poker and then eventually on PokerStars. I found the transition from playing in real life with people in front of me to playing online in real time with people all around the world pretty smooth and seamless. In fact, I would say that the two complement each other — online poker can help you connect and play with and learn from players around the world, which hones the skills that you can use in live tournaments and even win a lot of cash! (Laughs) Plus, it also taught me many valuable lessons, like how people think and react under pressure and how important it is to be a good thinker as poker is a game of incomplete information that we have to make sense of and use to our advantage.

Poker has come a long way in terms of acceptance as a sport. What according to you do we still lack when it comes to picking it up as a profession?

You see, poker as a game in India is only about a decade old, and yet there are already a good number of people playing it professionally. I don’t think too many sports have this kind of a growth curve. So, while it’s on the right path, only when there’s enough awareness about the game, only then more people will understand the skill involved and then see how they can potentially make a living of it, which will then result in a higher number of professional players.

Poker not only requires meticulous thinking and quick decision-making but also an overall fitness of mind and body as sessions could last for several hours. What is your training regimen like?

To be able to see the same situation from every possible angle, and decipher it with an open mind is the most important part of poker. Apart from the technical skills and love for the game, poker players must have patience, discipline and persistence to go a long way. Becoming a professional player requires you to study the game more than, sometimes, even playing it. I have a mind coach who helps me separate thought from action, which helps me play my right game on the table. It’s very important to have a sharp mind when playing, to rid yourself of distraction and emotions when you play. I also have hypnosis sessions along with meditation to help with this. I have a fitness coach too, as stamina is very important along with a good diet that sharpens my mind and gut. Finally, a poker coach who I can discuss my strategies with. Every game, nowadays, is recorded and run through software that goes through each move and is analysed as to how differently the game could have been played.

What would be your advice to someone who wants to take up poker professionally?

It requires a dedicated approach to be a successful professional poker player. It’s easy to start but tough to sustain. Everyone’s already a poker player but not everyone can be a pro. From mastering the game, working on strengthening your mind, to keeping health in the best shape to learning from your mistakes to aiming to always be better than before, the grind never stops. But if you have the discipline and clarity, nothing can stop you.

Who are the up-and-coming Indian poker players we should look out for?

There are many players in the scene now. Look out for the players who are regularly streaming poker because they’re not just learning and growing but also helping others to grow along with them.