SGM set to be requisitioned; Self-respect factor and Shishir 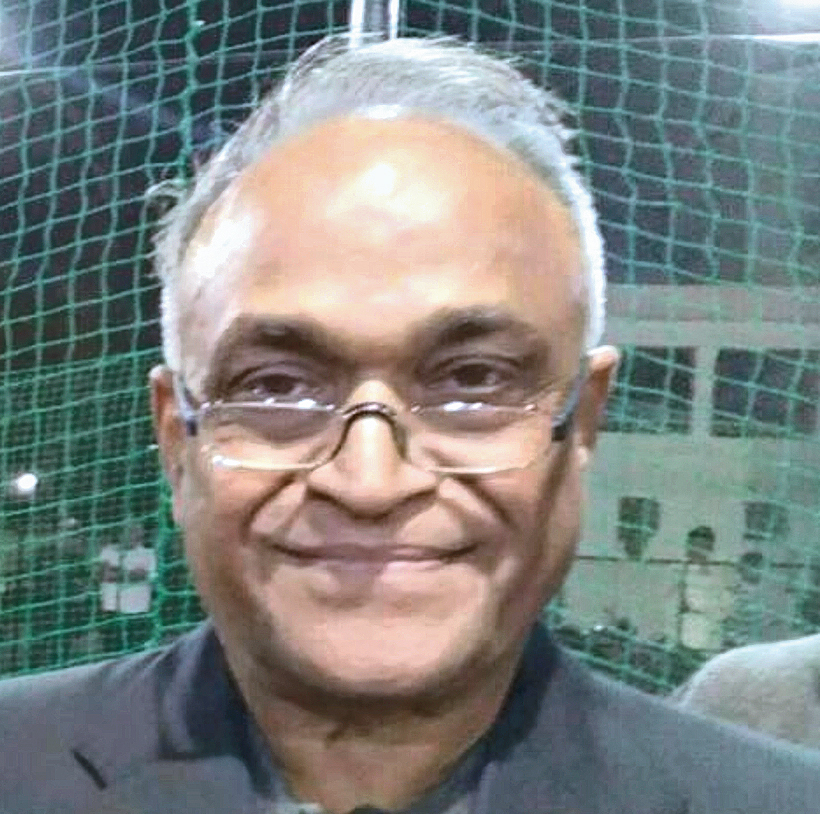 Niranjan Shah, a former secretary of the Board of Control for Cricket in India (BCCI) and Saurashtra strongman, has reacted caustically to Rahul Johri continuing as CEO of the 89-year-old institution.

“Be it in politics or business, many have either resigned on moral grounds or been fired, often on the basis of allegations only... This is #MeToo time, but moral grounds don’t exist in the BCCI,” Shah, among the most experienced of administrators till the Justice Rajendra Mal Lodha Committee’s recommendations began taking centre stage, told The Telegraph on Friday evening.

The Rajkot-based Shah continued: “The Committee of Administrators, which has been divided on the Johri issue from the very beginning, should have left it to the general body of the BCCI to decide on what needed to be done...

“Instead, Vinod Rai (the chief Administrator) unilaterally constituted a probe committee, which gave a 2-1 ruling in Johri’s favour...

“The BCCI is made up of its members, although it’s a fact that many of the Associations are still in the process of implementing the Justice Lodha Committee’s recommendations.”

Word is that quite a few Associations are moving towards requisitioning an SGM to discuss the Johri issue. Probe committee member Ms Gowda’s findings/recommendations have, obviously, come in handy.

Deponent Shishir Hattangadi, meanwhile, has vowed to do just about everything in his hands to “restore the self-respect” of the ladies who’d complained against Johri.

Speaking to this Reporter, Shishir (who captained Mumbai in the Ranji Trophy) said: “There’s nothing more important than self-respect. I’d like to give that back to the complainants who were courageous in deposing...

“In return, however, the ladies have been humiliated as two of the three probe committee members dismissed the allegations as “baseless” and “fabricated.” Their self-respect has, naturally, taken a beating.”

Shishir was among the first to depose, seeking to help a “family friend” who’d been sexually harassed by Johri during the 2017 Champions Trophy.

The incident(s) happened in Birmingham and the lady, who is overseas, deposed on Skype.

Another lady complainant also deposed on Skype, possibly from another part of the globe.

Besides, Diana Edulji, one of the two Supreme Court-appointed Administrators, placed before the probe committee “all relevant papers” pertaining to a complaint against Johri by a lady employee of the BCCI.

The complaint of sexual harassment/harassment had been filed in February/March.

While the lady employee is in possession of a “written apology” from Johri, she herself sent an email to the Administrators (who’d come into the picture in a big way) stating the issue “was settled.”

That, apparently, was done without legal advice and may have influenced the probe committee’s decision to not invite the lady employee for deposition.

Most feel that for a better understanding of Johri’s behavioural pattern, the lady employee should have been called.

The lady employee’s testimony could have nailed Johri.

That Rai and Edulji, as well as the BCCI in general, handled the lady employee’s complaint so unprofessionally, has been criticised by Ms Gowda.

The critical part of Ms Gowda’s segment in the probe committee’s report got censored by Rai and, so, isn’t on the BCCI’s website. It’s in the unedited report, though.

Postscript: Former commissioner of police, Delhi, Neeraj Kumar has kept up his ‘attack’ on Twitter and even questioned the silence of the #MeToo Warriors in the Johri issue. Kumar, by the way, is a former head of the BCCI’s Anti-Corruption Unit.