Bagan to be crowned champions on March 10 if they win against Aizawl FC, provided Real Kashmir drop points against East Bengal 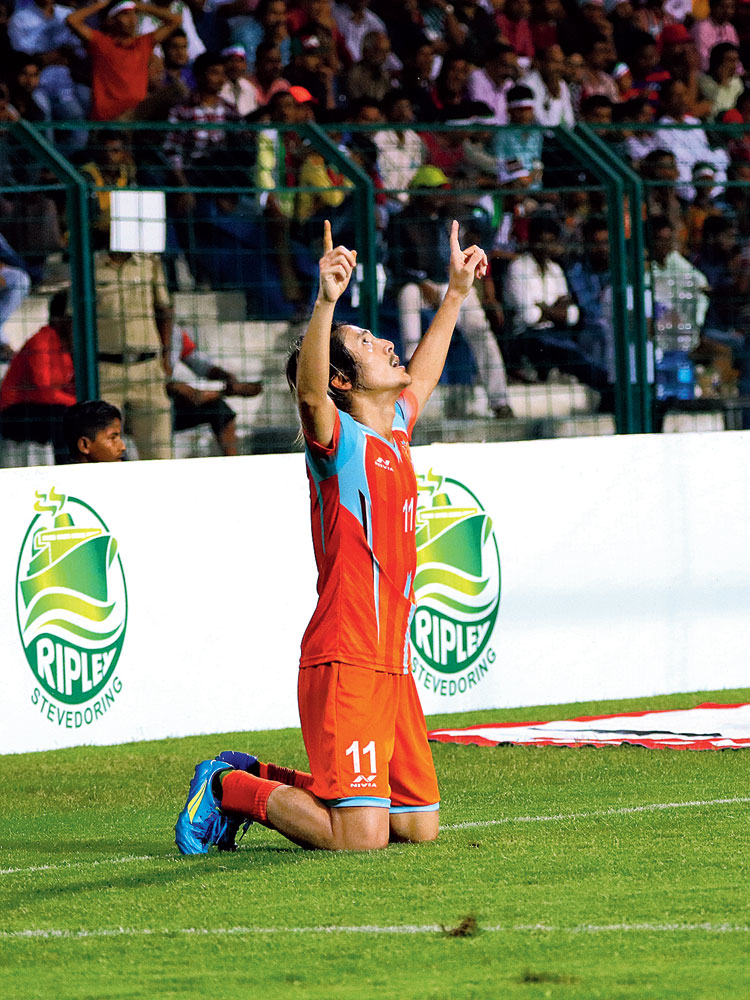 Mohun Bagan’s seven-match winning streak in the ongoing I-League came an end when a dogged and determined Chennai City FC held the hosts 1-1 at the Kalyani Stadium on Thursday.

Baba Diawara put Mohun Bagan ahead at the stroke of half-time but Katsumi Yusa, who was rightly adjudged Man of the Match, restored parity seven minutes after the hour-mark. Bagan now have 36 points from 15 matches and would be crowned champions on March 10 if they win against Aizawl FC here.

Of course they would need a little bit of help from arch-rivals East Bengal. Mario Rivera’s men have an away match against Real Kashmir FC on March 9 (Monday) and they have to make sure RKFC do not log full points.

Only then a Bagan victory the next day will see Kibu Vicuna and his boys emerge winners. Three points would take them to an unassailable 39 points. If you get confused by all these ifs and buts, then simple solution is this — Bagan will need five points from their next five matches to regain the title.

Bagan’s turnaround began from the Kashmir match in the first week of January and they would be hoping East Bengal also return with three points.

On Thursday, Mohun Bagan were surprisingly very subdued against the defending champions whose coach Akbar Nawas, in the pre-match media conference on Wednesday, had promised to play the spoiler’s role by delaying the runaway leaders’ coronation.

His men played a very high-pressing game and that unnerved the likes of Joseba Beitia, Nongdomba Naorem and Fran Gonzalez. Bagan also missed the pace of Kumron Tursonov who was suspended. He would return against Aizawl FC but defender Fran Morante won’t be there after getting his fourth yellow of the League. “He would be missed against Aizawl,” Vicuna said.

Hats off to Katsumi. The former Bagan medio was a livewire on the left and made Ashutosh Mehta and Sheikh Sahil’s life miserable. If Adolfo Miranda was little more industrious in front of the goal, the visitors could have ended Bagan’s 13-match unbeaten run.

Early in the match, his left-footer was brilliantly saved by Bagan goalkeeper Sankar Roy. Then he shot wide from inside the six-yard box and after the change of ends, an acrobatic side-volley missed the target.

Both the sides were denied by the woodwork once each. Jockson Dhas’s dipping shot hit the far post in the 15th minute, and in the 32nd minute Beitia’s delightful free-kick hit the crosspiece.

Bagan took the lead at the stroke of half-time much against the run of play. Chennai City’s Rohit Mirza took his eyes off while dealing with a Morante punt and Naorem pounced on the loose ball. He then squared it to Diawara who coolly slotted home past goalkeeper Nauzet Santana.