Mohun Bagan close in on semis

Fran Morante and Joseba Beitia scored a goal each for Bagan 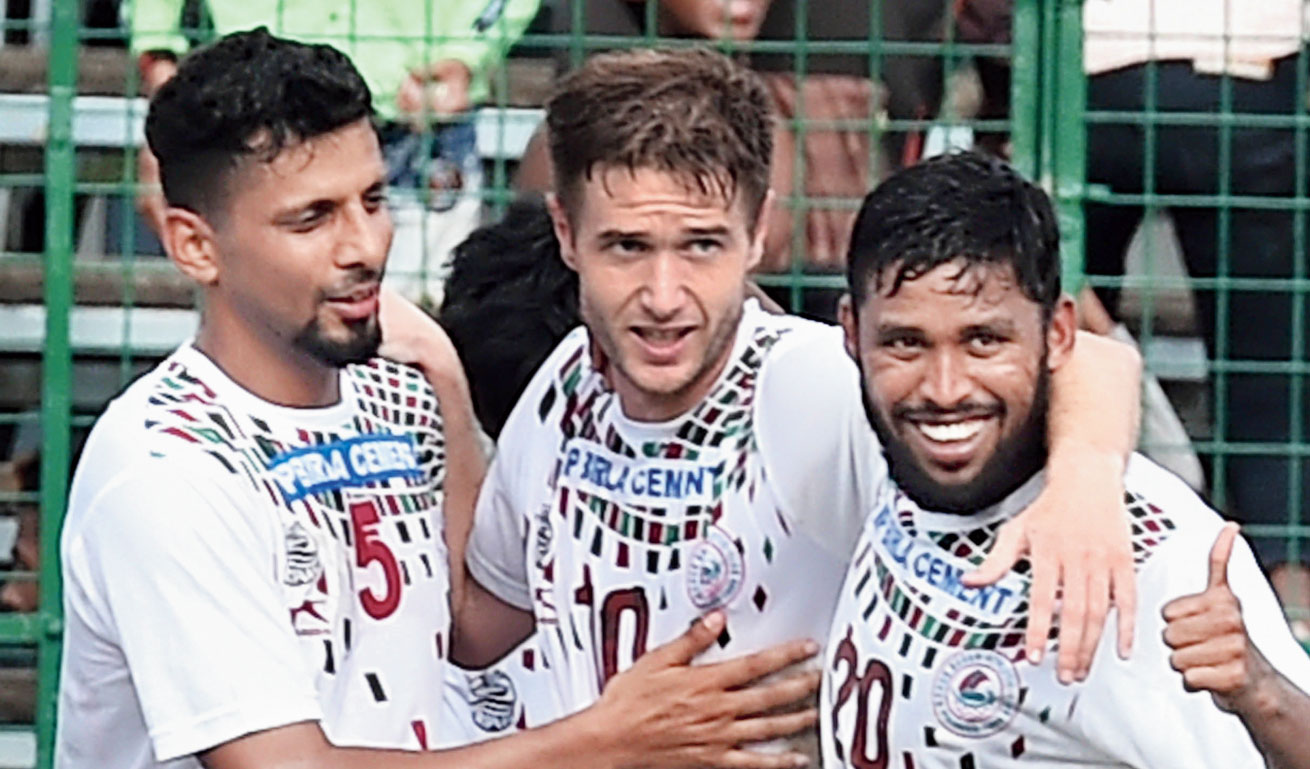 After the setback in their previous game against Peerless SC in the CFL, Mohun Bagan registered a much-needed victory against ATK in Thursday’s Durand Cup Group B match at their home ground.

The 2-1 win virtually secures Bagan a semi-final spot. Fran Morante and Joseba Beitia scored a goal each for Bagan.

Playing attacking football right from the onset, despite the absence of Spanish striker Salva Chamorro in the starting XI, Bagan could have taken a lead as early as in the second minute itself. Gurjinder Kumar’s cross found Surabuddin Mallick near the far post, but he failed to grab the opportunity.

With Beitia controlling the midfield, Nongdamba Naorem and Suhair VP made it tough out there for ATK defenders. However, ATK still managed to get themselves a chance to score.

Gopi Singh found himself with an opportune moment inside the Bagan box, but his attempt was saved by Bagan goalkeeper Sankar Roy, who played his first match of the season. Head coach Kibu Vicuna would certainly be pleased with Roy’s performance. He rescued Bagan on a couple of occasions at least.

Bagan, however, got the lead in the 34th minute when Morante nodded in a Beitia corner. The home team could have extended its lead in the first half itself had Alexander Romario’s header not hit the vertical.

ATK, though, tried their best to restore parity post change of ends. Former Bagan player Prabir Das and Komal Thatal tried to up the ante, but they were unable to get the desired result. And then within eight minutes into the second half, Bagan doubled their lead.

After his assist during the first goal, Beitia found the target with a low volley off Suhair’s centre.

ATK still showed heart for a fight, refusing to give up despite the two-goal deficit. Their hard work did bear a bit of fruit as they reduced the margin in the 78th minute through Ashish Pradhan, who scored from a melee.

Young Thatal too got an easy chance to score later, but goalkeeper Roy rose to the occasion once again. The ground conditions were soggy and players found it difficult out there, although Bagan’s Sheikh Sahil looked impressive.

But Vicuna rightly assessed that a lot of work has to be done on his team. In the last 20 minutes of the game, there were at least five instances of miscommunication between the Bagan defence and the midfield. It could well have been a different story for Bagan if they were up against a stronger outfit, instead of youngsters and colts of ATK.

Towards the end, Surabuddin was sent off following his second booking. Fortunately for Bagan, it didn’t have any impact on the game.

In the other matches of the day, Gokulam Kerala FC routed Chennaiyin FC 4-0 at the Howrah Stadium. Marcus Joseph netted a hat-trick, while Henry Kisseka scored the other goal.