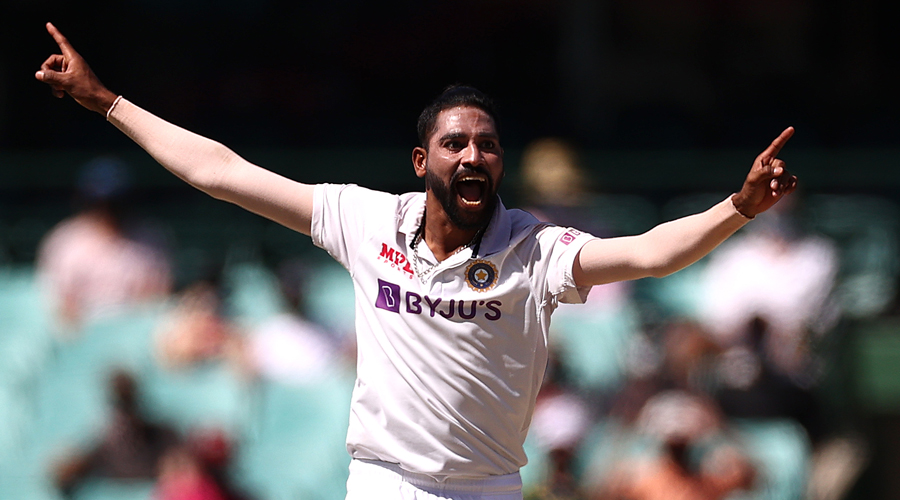 India fast bowler Mohammed Siraj was allegedly targeted for abuse by a section of the crowd at the Gabba on Friday.

According to a report in the Sydney Morning Herald, Siraj was labelled a “bloody grub” by a group of fans.

The reported incident comes a few days after Siraj was racially abused by spectators at the Sydney Cricket Ground. That had led to an expulsion of six people from the stands and an unreserved apology from Cricket Australia to the visiting team.

The Indians, however, have refrained from making an official complaint this time.

On Friday, the newspaper quoted a spectator as saying that a section of the crowd at the Gabba targeted Siraj.

“The guys behind me have been calling — shouting — both Washington and Siraj grubs,” a spectator named Kate was quoted as saying. “It started targeted at Siraj and it was a chant similar to the SCG one (in which fans sung to the tune of Que Sera, Sera but substituted the lyrics with Que Shiraz, Shiraz).

“But this time it was Siraj. I suspect it’s not a coincidence that it’s Siraj being targeted post the SCG stuff.”

None of the Indian players on the field on Friday reacted to anything said by the crowd.