Meet the stars of the Indian Super League 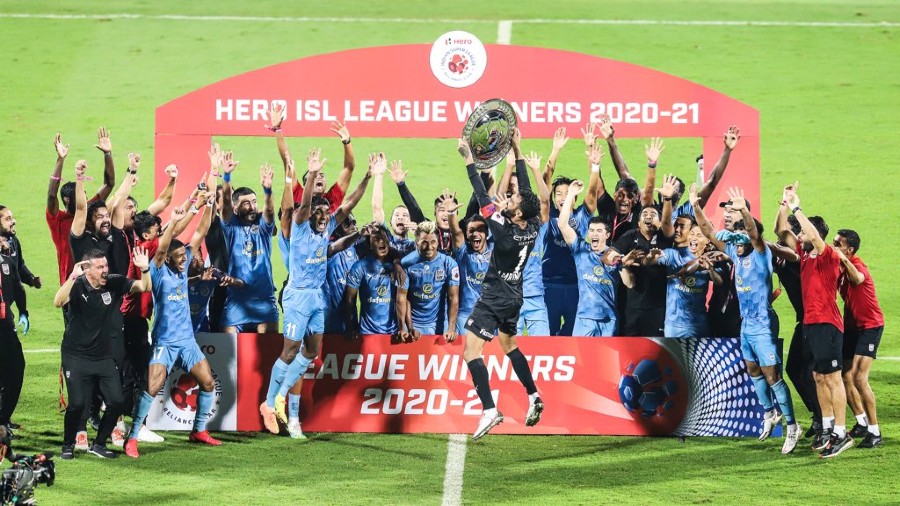 Like every season, there were too many overseas stars to hog the limelight in the recently concluded seventh edition of the Indian Super League. The final between Mumbai City FC and ATK Mohun Bagan was also crowded with marquee players such as Bartholomew Ogbeche, Adam le Fondre, Ahmed Jahouh, Hugo Boumous, Roy Krishna and David Williams. However, it was Indian young gun Bipin Singh who helped Mumbai clinch their maiden title by netting the 90th-minute winner. The Telegraph takes a look at few such young home-grown players who have stood tall and overshadowed foreign superstars on occasions this season...

Lalengmawia became the youngest ever captain in ISL history. The 20-year-old central midfielder from Mizoram was also adjudged the ISL Emerging Player of the Year for his impressive show this season. Also known as Apuia, Lalengmawia played a stellar role in taking the Highlanders to their maiden ISL semi-final. He was like a powerhouse in NorthEast’s midfield and led the team from the front. Though he played as a defensive midfielder, his defence-splitting passes and long-range screamers helped the Highlanders score many goals. Apuia’s one such spectacular long-ranger helped Khalid Jamil’s side beat Kerala Blasters in the final group league match and secure a last four berth. A big fan of Mario Balotelli, Apuia now eyes a regular place in the India squad.

Liston is in the form of his life. His runs down the flank and dribbling skill caught everyone’s attention this season. The Goan forward made his ISL debut in the 2017-18 season, but he hardly got game time in the first three seasons. It is only in this season under new coach Manuel Marquez that he got to play 19 out of 20 matches for Hyderabad FC and established himself as an impact player. The Goan forward’s stunning strike against NorthEast United was enough to prove his class and he showcased his dribbling skill against SC East Bengal. The 22-year-old scored two goals and made three assists in this season. In most of the Nizams’ victories, Liston came on in the second half and helped the team score with his long runs, brilliant touches and accurate passes. He can play as midfielder, winger or second striker. Liston has the potential to become a regular member of the India squad and eventually a superstar.

Bipin was the hero of the final as he scored the all-important winning goal for Mumbai City FC against ATK Mohun Bagan. Despite having a star-studded squad with heavy presence of foreign talents such as Adam le Fondre, Bartholomew Ogbeche and Hugo Boumous, coach Sergio Lobera couldn’t leave the 25-year-old winger on the bench. Such was Bipin’s consistency and impact on the team. He played in 22 matches, including the final and recorded six goals and four assists. Bipin was the only player to score a hat-trick this season. The Manipur lad not only played the role of a playmaker and a scorer but also helped the defence to resist opposition attack. He played tirelessly on the left wing and troubled the opposition right backs time and again. This ISL season might prove a turning point for Bipin’s career.

When English legend Alan Shearer gets impressed by Manvir’s performance, there’s no doubt the 25-year-old forward has carved a niche for himself. In the past three seasons, Manvir had started only seven games in total for FC Goa. But after joining the Mariners, he turned out to be one of the best Indian forwards this season. He became an integral part of coach Antonio Lopez Habas’s plans. Though Manvir played second fiddle to Roy Krishna and David Williams, he managed to register six goals and three assists from the wings. He scored some stunning goals at crucial moments, including a match-winner against NorthEast United in the play-offs’ second leg. His goal against Odisha FC was one of the best strikes this season. The Punjab lad might become a vital cog in Igor Stimac’s scheme of things for the India squad.

He came, he played and he conquered hearts. Ishan was born in Delhi but he studied in the Philippines before moving to Spain at the age of 16. He played for clubs in Spain’s lower leagues and then in the last summer, Covid-19 changed his life for good. The 22-year-old striker returned to India because of the pandemic and despite not having any playing experience in his home country, he was picked by FC Goa for the ISL this season. Ishan turned out to be a super-sub as he delivered every time coach Juan Ferrando brought him on the pitch. He scored four goals in just 131 minutes that he played as a substitute in 11 games. Ishan played a pivotal role in helping the Gaurs reach the semis. His impactful performance in the debut season also earned him a call-up to the national side.

Jesuraj has certainly been one of the biggest finds in Indian football. After putting up impressive performances in the I-League for the last two seasons, the 24-year-old winger made the opportunities count in his debut ISL season too. In the very first match against Bengaluru FC, Jesuraj came on as a substitute in the second half and changed the colour of the game. He brought the Gaurs back from two goals down and helped them earn a point. Since then the Tamil Nadu lad remained a vital cog in FC Goa’s attack as he delivered 43 crosses from the flank and made four assists.

Akash was one of the most consistent defenders in the ISL this season. It was the debut season for him and coach Manuel Marquez couldn’t think of playing anyone else in the left back position except the 19-year-old. Akash won accolades for his calm and composed nature and ability to read the game. Any defender can be envious of his passing range and attacking prowess. In the 20 matches he played, Akash registered 1,250 touches, 80 tackles, 55 interceptions, 37 blocks, 48 clearances and 827 passes that made him arguably the best left back of the season. He made several goal-line clearances to save games for his side. The performance earned him a maiden call-up to the national squad. The teenager can be a real asset for India.

Rowllin is arguably one of the best midfielders in India right now and the numbers say it all. He recorded 1,348 touches and completed 1,124 passes in 1,690 minutes that he played for Mumbai City FC this season. His passing accuracy is above 82 per cent. The 28-year-old also made 80 tackles and 57 interceptions that prove how good a defensive midfielder he is. However, Rowllin always got involved in the build-up of attacks for the Islanders. He scored two goals and made an assist in this season. Rowllin formed an ideal midfield partnership with Ahmed Jahouh. His control on the ball and ability to receive a pass in tight situations has been an asset for Sergio Lobera’s team.