"Maybe I am deluding myself, but I am an optimist and I am very confident this time too" 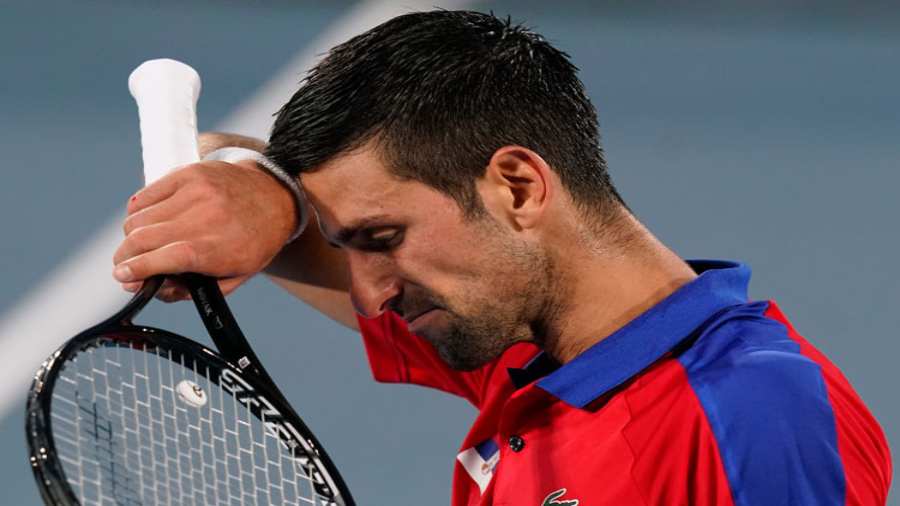 Matteo Berrettini's coach has warned Novak Djokovic that he has something up his sleeve to help the Italian make it third time lucky against the world number one in Wednesday's US Open quarter-final.

The two players will face off at a 2021 Grand Slam for the third consecutive time at Flushing Meadows, after Djokovic came out on top in the quarter-finals of Roland Garros and the Wimbledon final.

"Last Thursday we trained with Novak and tried a little something that could be useful, while trying to understand and study what can cause him most bother," coach Vincenzo Santopadre told La Repubblica on Wednesday.

"Maybe I am deluding myself, but I am an optimist and I am very confident this time too."

Djokovic, who is chasing a calendar Grand Slam and record 21st major title in New York, has a perfect 3-0 career record over Berrettini, but Santopadre only sees positives from the encounter.

"These are the matches Berrettini can take the most from, even if he loses. Playing the Serbian is a pleasure, it is the road to the future," he said.

"We already have something in mind for today. As the match goes on, more ideas come along."

He added: "Matteo can win a Grand Slam, I will not budge from this conviction. I know that it would be an exceptional, historic feat, but it is not absurd."