Security forces had to resort to baton charge, firing of tear gas, and shooting in the air 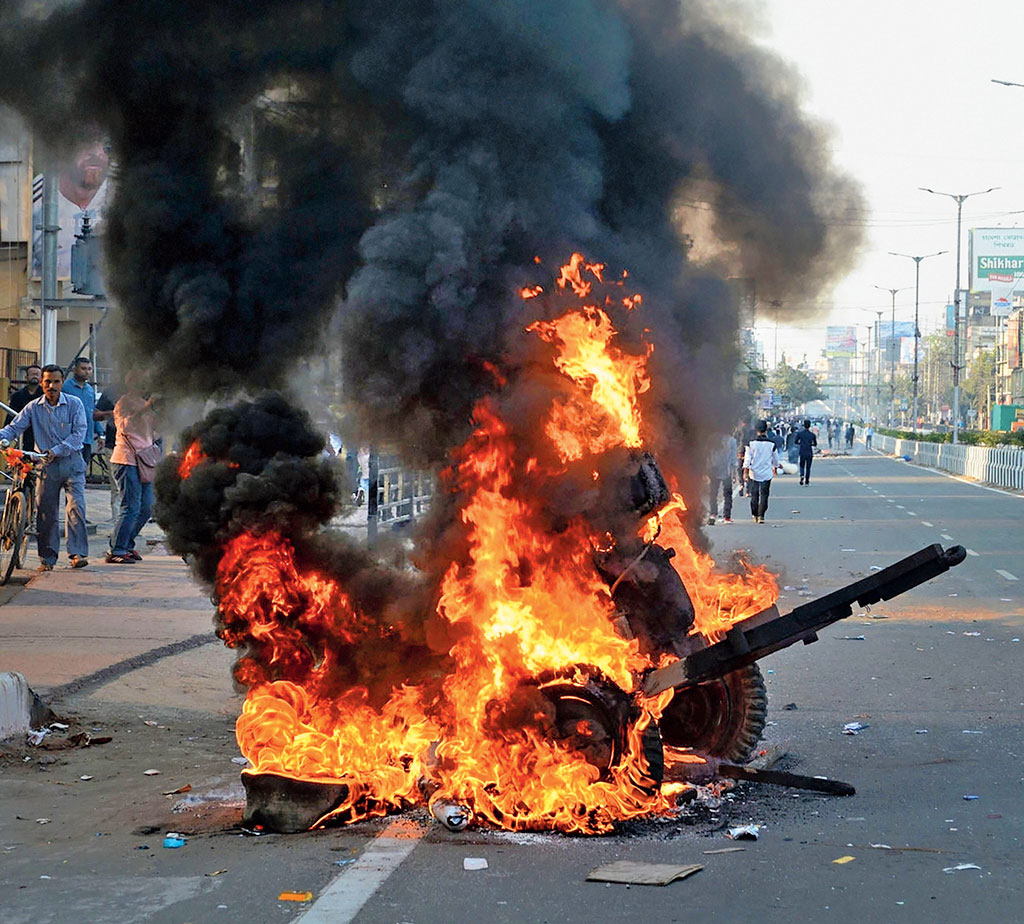 The tense situation in Guwahati, after the Citizenship (Amendment) Bill was passed in Parliament on Wednesday, forced the Indian Super League (ISL) authorities to put off Thursday’s scheduled match between NorthEast United FC and Chennaiyin FC at Indira Gandhi Stadium here.

The situation also prompted the fourth day’s play of the Ranji Trophy fixture between Assam and Services at ACA Stadium here to be called off.

Taking into account the worsening situation, the ISL has deferred the match, with a new date to be announced later.

“The League has been in consultation with the authorities concerned over the past 48 hours to determine the best course of action. The safety of fans, players and League staff is of paramount importance, which has led to this decision,” read a statement from the ISL.

The administration has advised the Chennaiyin team to stay in their team hotel and not to venture out till they are provided a safe passage. Chennaiyin are scheduled to leave Guwahati on Friday evening.

When contacted by The Telegraph, a Chennaiyin official said the team wanted to safely fly out of here. “The security in the hotel where both teams are staying is quite good. Regarding security for the team on way to the airport, we are in touch with the state administration.

“We will take a final call on our return schedule only after due consultation with the authorities concerned tomorrow,” he said.

Given the escalating unrest in the state, the NUFC versus Bengaluru FC match, scheduled on December 18, also appears to be in jeopardy.

For the Ranji Trophy game, neither the teams nor the match officials could make it to the venue on Thursday morning. Almost all arterial roads were blocked by protesters and security forces. The city has been witnessing widespread protests from all sections of the society, forcing the administration to clamp curfew and call in the army to stage a flag march.

Security forces had to resort to baton charge, firing of tear gas, and shooting in the air. Internet service has been suspended since Wednesday evening.

Hosts Assam, however, benefited from the match being called off. They were on the verge of defeat with a deficit of 168 runs with only five wickets to spare in the second innings at the end of the third day on Wednesday.

Assam were not only saved from conceding full six points to Services, but also got three points by virtue of their first-innings lead.

They had taken a first innings lead of 38 runs scoring 162 after bowling out Services for 124 in the first innings. In the second innings, skipper Rajat Paliwal led Services’ fightback to post a total of 279 all out in 94.1 overs.

Set a target of 242 for victory, Assam lost five wickets scoring only 74 runs in 31 overs at close of the third day.

Assam pacer Arup Das was adjudged Man of the Match.

About Jharkhand’s arrival from Agartala on Friday, Assam Cricket Association secretary Devajit Saikia said: “We will only ask them to come if the situation improves. Else we will ask them to come later.”

Jharkhand is scheduled to play Assam here from December 17 to 20.