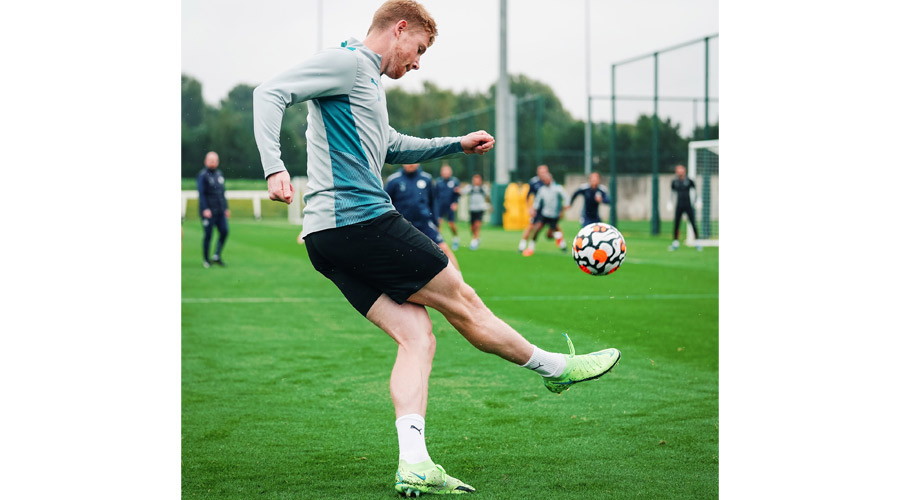 Manchester City have lost their last three matches to Thomas Tuchel’s Chelsea and manager Pep Guardiola said he hopes they can learn lessons from last season’s results and win their Premier League clash at Stamford Bridge on Saturday.

Chelsea beat City in the FA Cup semi-finals, the Premier League and Champions League final last year as Tuchel turned around the London’s club fortunes in half a season.

The game comes ahead of a tough week for City with trips to Paris Saint-Germain in the Champions League and Liverpool in the Premier League to follow.

“We prepare the game like we prepared for Southampton before and the previous games, try to read what they are and what we have done in recent games against Chelsea,” Guardiola told reporters on Friday referring to their 0-0 draw with Saints.

“Every game is a new challenge to improve and learn and be better. A final is completely different, the FA Cup was a final, in the Premier League it was already done. The Champions League was a massive game.

“We try to learn. It’s one more game for the Premier League. Prepare the game from the points we have and improve what we have to be better. The mindset will be the same against PSG and Liverpool.”

City are fifth in the standings, three points behind joint leaders Chelsea. With Liverpool and Manchester United level on points with the Blues at the top, Guardiola said this season’s title race was shaping up to be one of the toughest in years. “Every year I get the idea that (the Premier League) is harder than before. It’s really tough, an incredible challenge for us,” Guardiola added.

“We accept the challenge and go for it. It’s a big compliment for the Premier League. The Premier League has to be so proud of the fantastic league we have, for the brilliant managers. Brilliant in many senses, top quality players... every club has 15-16 exceptional players. And now fans are back.”

Tuchel said his players would need to be at their absolute best to come out on top in a match he dubbed a “six-pointer” between the league rivals.

“It is a six-pointer between two teams who are clearly rivals for the top four, but it’s too early (for the title race),” Tuchel told reporters on Friday.

“The last three games (versus Man City), I see three 50-50 matches... Little details decide, small situations can give you an advantage, you need a little bit of luck. I expect another 50-50 match tomorrow.

“It does not take a miracle to win but we need our best performance... it will be one of the biggest tests in European football.”

Tuchel said American forward Christian Pulisic remains unavailable with an ankle injury, while England international Mason Mount is also ruled out after picking up a minor knock during League Cup win over Aston Villa on Wednesday.

However, goalkeeper Edouard Mendy will start against City after recovering from a hip injury.

Manchester United are not being awarded penalties this season after a “certain manager” last term expressed concern they were being given too many, coach Ole Gunnar Solskjaer said.

Liverpool boss Juergen Klopp earlier this year said United have had more spot-kicks in two years under Solskjaer than Liverpool have in his entire five-and-a-half year reign.

United were awarded 11 penalties last season in the Premier League, second only to Leicester City’s 12.

“We just have to hope we get what we deserve. We should have had three penalties in the last two games. There was a certain manager who was worried about us getting penalties last year and after that the decisions were different to give,” said Solskjaer.

“I’ve seen a big difference since then on. We’ll leave it to the refs and hopefully they’ll make the right calls very soon.”

Speaking ahead of United’s game at home to Aston Villa on Saturday, Solskjaer said he was reasonably happy with the start to the season, adding his side had a foundation to build on.

“It’s early doors but it’s important the first two months you’re not giving teams a head start and so far 13 points, decent return, scored quite a few goals, still things to work on and there’ll be difficult challenges ahead.”

United are unbeaten in the Premier League but were knocked out of the League Cup by West Ham in the third round at Old Trafford this week.

Striker Edinson Cavani is set to return to the squad after recovering from injury with Solskjaer saying he was hopeful the Uruguayan could strike a formidable partnership with Ronaldo.

“It’s exciting to see those two together... we see teams dropping deep against us, not giving space in behind, and they’re two boys you’d like to see in that scenario. I can see those two working well together,” said the Norwegian.