Advertisement
Home / Sports / Lot at stake in decider vs Australia

Lot at stake in decider vs Australia 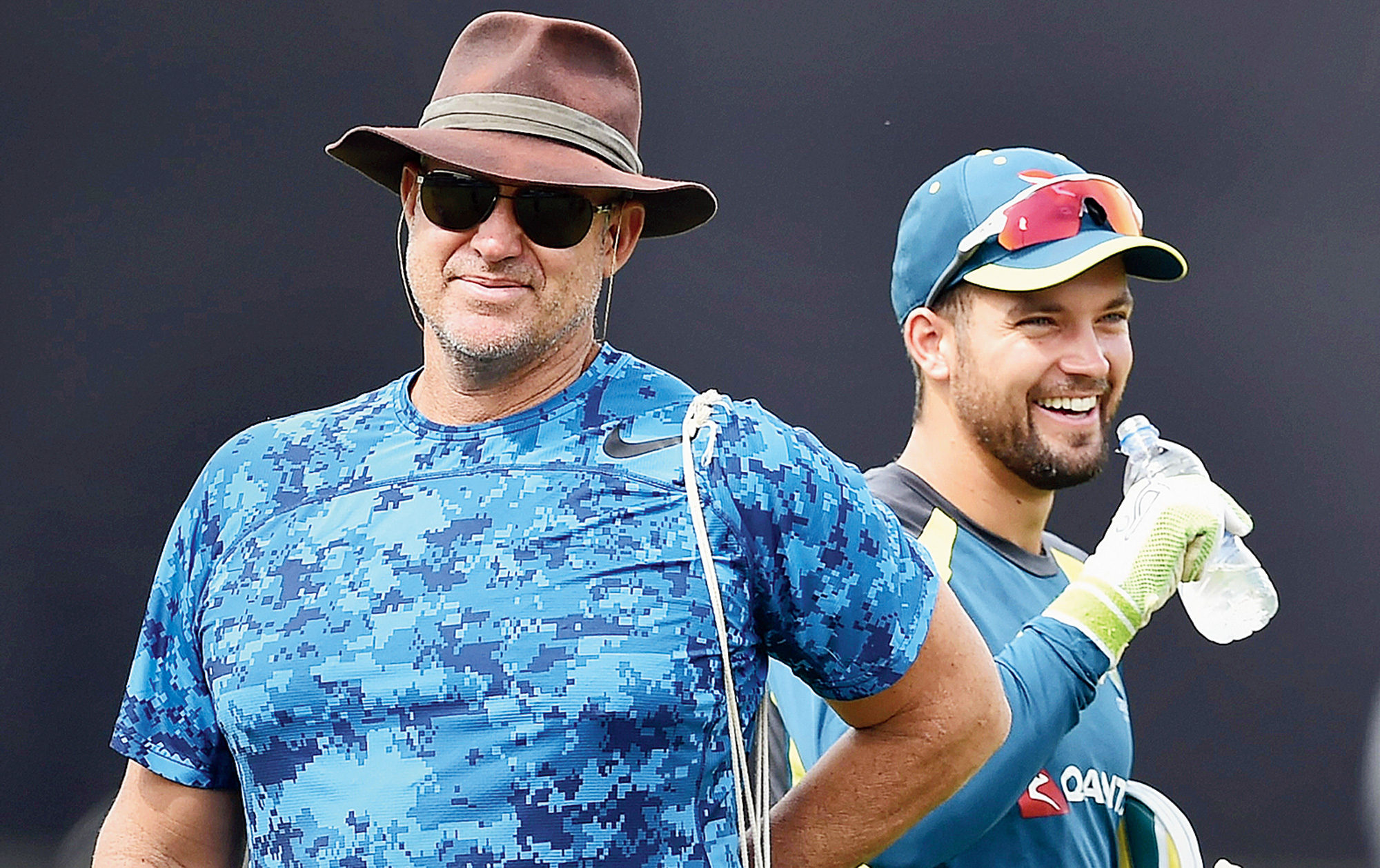 At the start of ongoing India-Australia series, the hosts were firm favourites to win the five-match ODI battle. The focus was mainly on finding the right combination for the World Cup as few doubted India’s supremacy on home turf.

Things changed completely during the last couple of encounters in Ranchi and Mohali. Trailing 0-2, the Australians bounced back in dramatic fashion.

On Wednesday at the Kotla, India’s prime task would be to stop the visitors from inflicting a humiliating defeat on the hosts in their last series before the World Cup.

India’s bowling coach Bharat Arun, however, put up a brave front and said the massacre in Mohali was a one-off affair.

Asked why the Indian bowlers courted defeat even after having more than 350 runs to defend, Arun said it would be wrong to blame the bowlers on the basis of one match.

“These are the bowlers, whose success rate is more than 75 per cent. It is huge for the team... These things do happen and I am happy it happened now… Because it throws a lot of factors where we can improve before the World Cup,” Arun said.

On Tuesday, the Indians were supposed to train but the session was cancelled later. Arun said the players had been subjected to too much workload during the last few days because of back-to-back matches and were given an off day to keep them mentally fresh. The Australians though trained for a couple of hours.

What Arun says, however, doesn’t really solve the problem. The bowlers were at the receiving end throughout the Mohali ODI. Even Jasprit Bumrah, considered to be in fine form, could not withstand the fury of Ashton Turner’s batting.

The dew factor did put the Indians in a disadvantageous position but the same problem could be faced at the Kotla, too.

The team bowling second would find it difficult to grip the ball as the Delhi weather is no different from Mohali. But the Kotla wicket generally stays low and slow and has not produced too many runs in ODIs in the recent past.

Don’t forget, not too impressive fielding by the Indians also helped the Australians to some extent.

There is a lot at stake as the winners will not only bag the series, but it will also provide them a definite morale booster before the World Cup.

But given the strategy adopted by the teams in this ODI series, both teams are unlikely to back out from experimenting with the playing XI keeping the World Cup in mind. India will once again be without Mahendra Singh Dhoni as he has been rested. Local boy Rishabh Pant would continue to be the wicketkeeper though his work behind the stumps has come in for much criticism in Mohali.

He, however, is a champion batsman and an important contributor in the middle order. Thankfully, India have little problem in the batting department despite losing two of the four matches.

Most of the top-order batsmen, barring Ambati Rayudu, have got runs. While Virat Kohli is once again the leading scorer, Shikhar Dawan and KL Rahul have also returned to form.

The series has been evenly contested till date but the Australians are surely the moral victors. Their mood could be gauged from what vice-captain Alex Carey had to say.

“Obviously we were out under pressure early in the series. Some games were really close and now we have the series level at 2-2.

To pull off a chase like in the fourth ODI, obviously gives a really good feeling, but it is not a huge surprise. It is exciting going into tomorrow with the series on the line. Obviously we take some momentum from the last game,” he said.