Advertisement
Home / Sports / Dark side of the beautiful game, the Battle of Santiago

Dark side of the beautiful game, the Battle of Santiago

On this day in 1962, football turned toxic 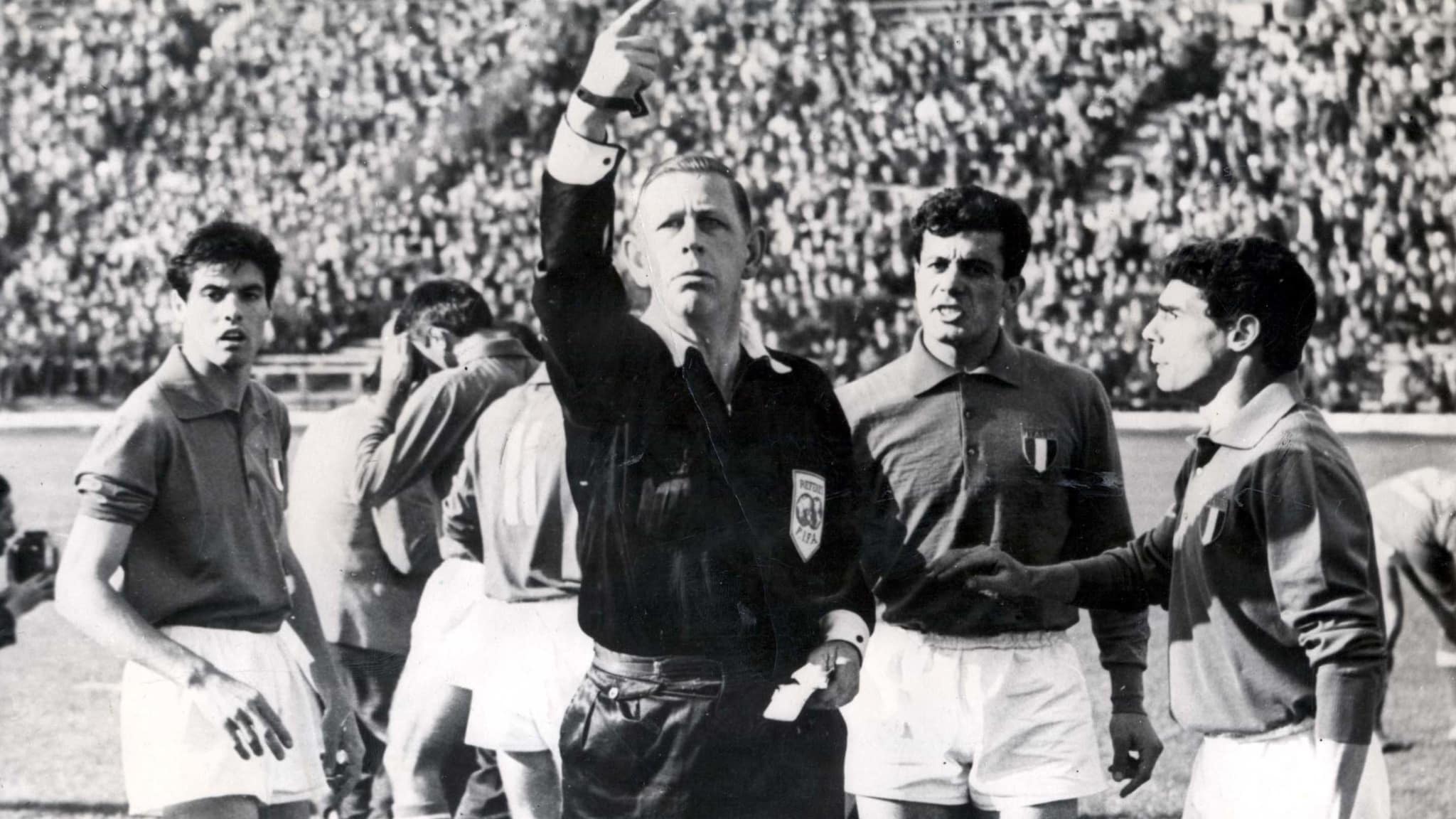 An earthquake, a series of articles written by a couple of Italian journalists, a trend-setting referee who had a bad day in office. The result: the Battle of Santiago, a football game that has gone down in history as among the most violent ever played, if not the ugliest ever.

After two editions of the World Cup were held in Europe, Switzerland (1954) and Sweden (1958), the Latin American nations threatened to boycott the next one if they didn’t win the bid. Chile ran away with the vote for the 1962 hosts, and preparations were underway when disaster struck. An earthquake measuring around 9.5 on the Richter scale hit the country in 1960, severely affecting construction work for the mega event. But Chile overcame adversity and the tournament began on schedule.

Doubters though were many. Among them were two Italian journalists, Antonio Ghirelli of Corriere dela Sera and Corrado Pizzinelli from Florence’s La Nazione, who, in a series of articles in the build-up to the World Cup, painted a rather unfavourable picture of Chile, especially its capital Santiago, describing the city as “proudly backwards and poverty-stricken dump full of prostitution and crime”, where “the phones don’t work, taxis are as rare as faithful husbands, a cable to Europe costs an arm and a leg and a letter takes five days to turn up”.

Add to it the Italian policy of Oriundo — luring Latin American players to the Italian national side based on the slightest hint of Italian ancestry, a prickly issue among all South American nations. (A recent Italian Oriundo is former Juventus’ Italian Argentine footballer Mauro Camoranesi, who was eligible for Italian citizenship since a great-grandfather had emigrated from Italy to Argentina in the 1870s. Camoranesi was part of the World Cup-winning Italian team of 2006.)

Against this backdrop, the host nation lined up to face Italy on June 2, 1962, at the Estadio Nacional, the stadium in Santiago that had been refurbished for the World Cup and could seat close to 75,000 people.

The mood for the match was set even before the kick-off whistle had been blown with the Chileans spitting on the ground by way of greeting their opponents.

The first foul was awarded after 12 seconds; in the fourth minute, Italy’s Argentina-born Humberto Maschio struck Chile’s winger Leonel Sanchez, who collapsed. English referee Ken Aston, who would a few years later devise the yellow and red cards drawing inspiration from traffic lights, didn’t take action as he claimed he hadn’t seen the incident. A few minutes later, he did act as he sent off Italy’s Giorgio Ferrini for kicking out at a Chilean player. The Torino midfielder refused to leave the field and play was held up for almost 10 minutes as armed policemen had to escort him out.

The game thereafter descended into chaos.

Seeing an opportunity, the left-handed Sanchez, whose father was a professional boxer, unleashed a left-hook on Maschio, breaking his nose. Aston overlooked it, later claiming “I had my back to the incident at the time”.

Buoyed by this, Sanchez then landed a ferocious blow on Italy’s AC Milan defender Mario David. Yet again, no action was taken.

After about 47 minutes of play, David got his revenge in a ghastly manner later listed as the second worst foul ever committed.

During a tussle with Sanchez, he tried to kick the ball high above his opponent’s head but instead struck the Chilean with his boot. David was sent off.

The Italians held on until, to add insult to their injuries, Sanchez, who should have been sent off long ago, took the free-kick from which Jaime Ramirez gave Chile a 73rd-minute lead, against nine men, and Jorge Toro added a late second 14 minutes later.

Barcelona players at their first full squad practice since the coronavirus stoppage, on Monday. The club shared an image of coach Quique Setién surrounded by the entire squad in training, along with the message “Together Again” on Twitter. La Liga returns with the derby between Sevilla and Real Betis on June 11. Leaders Barcelona will take on Mallorca on June 13
(Picture: Twitter/@FCBarcelona)

The bad blood spilled over. Italians were ostracised in Chile and made unwelcome at bars, eateries and supermarkets. The Italian team management described the Chileans as “cannibals”. In Rome, the army was sent in to protect the Chilean embassy.

Aston, who picked up an injury during the game and couldn’t officiate further in the tournament, was later quoted by The Guardian as saying: “I wasn’t reffing a football match, I was acting as an umpire in military manoeuvres.”

Aston went on to blame the linesmen, or assistant referees as they are now called, for much of the chaos. “If the referee or linesman sees nothing, nothing can be done. I’m sure the linesman did see it, but he refused to tell me,” he told The Guardian.

Aston wasn’t entirely incorrect. The linesman at the touchline where Sanchez punched Maschio was a man with little experience. Leo Goldstein was a Holocaust survivor who had literally been marching towards the gas chambers when one of the SS guards asked if anyone was able to referee a football match. He volunteered and survived. With practically no experience, he ended up as a football referee in the US.

As for the tournament itself, Italy went out at the group stage; Chile took third place and Brazil won their second successive Jules Rimet Trophy beating Czechoslovakia 3-1 in the final.

The ill-will generated by the Battle of Santiago would last between Latin American and European teams for around a decade.

Matches in the Intercontinental Cup, as the one between Pele’s Santos and AC Milan in 1963, would leave players bruised and battered.

But the Estadio Nacional would see worse in the years to come. The stadium was used as a prison camp after the 1973 military coup that ousted Chile’s democratically elected Marxist president Salvador Allende and put Augusto Pinochet in power.

As many as 20,000 men and women suffered at the hands of Pinochet’s military junta, mercilessly tortured, many murdered in the stadium. There’s a tiny section of empty wooden benches and crumbling concrete which is reserved in perpetuity as a memorial to those who suffered at the home of Chilean football.

Santiago has been witness to many a battle.