The new LIV-Golf Series is a challenge to the well-established PGA Tour that revolves around politics, power and money 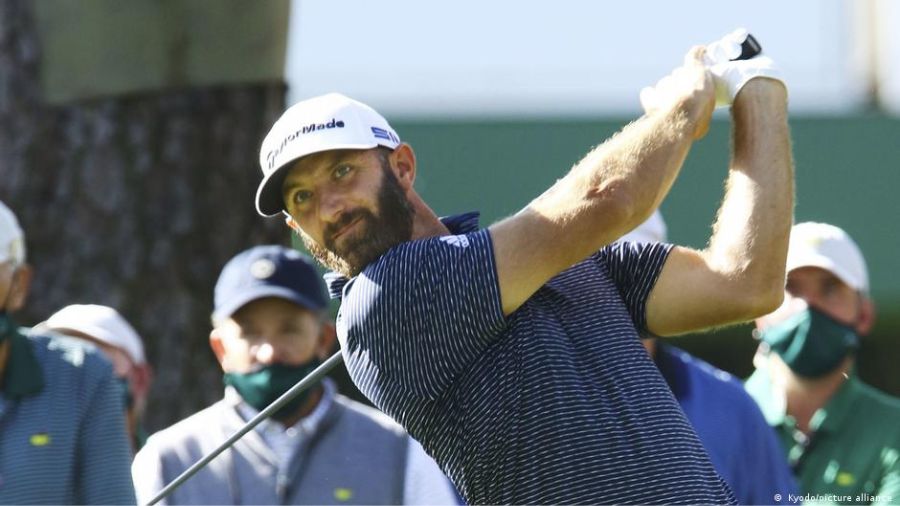 The new LIV-Golf Series is an upstart fronted by former star Greg Norman and backed by a Saudi Arabian source. This challenge to the well-established PGA Tour revolves around politics, power, and a whole lot of cash.

Will Phil Mickelson make his comeback at the start of the LIV Golf Invitational Series? This remains an open question.

What is certain though, is that the new series is slated to open with a tournament north of London on June 9, and 42 names in the field of 48 have been announced – meaning there still would be room for the 51-year-old Mickelson, who chose not to defend his PGA Championship title.

Meanwhile, the world's 13th-ranked player and two-time major winner Dustin Johnson has surprised everybody by announcing that he would indeed be among the field in the new series' debut event. It was only back in February that Johnson had insisted that he was "fully committed" to the PGA Tour. Now the 37-year-old is set to be the headliner at the Centurion Club.

Getting back to Mickelson, though, it was only a year ago at the PGA Championship that he was celebrated as the oldest pro to win one of the four majors. Since then, many have changed their view of him, including Tiger Woods.

American author Alan Shipnuck, author of Mickelson's unauthorized biography, revealed in February that Mickelson had told him that the Saudi Arabian financiers of the new LIV-Golf series were "scary motherf****** to get involved with… We know they killed [Jamal] Khashoggi and have a horrible record on human rights. They execute people over there for being gay.

"Knowing all of this, why would I even consider it? Because this is a once-in-a-lifetime opportunity to reshape how the PGA Tour operates. They’ve been able to get by with manipulative, coercive, strong-arm tactics because we, the players, had no recourse."

Mickelson also said that "the Saudi money has finally given us that leverage."

Later he apologized via Instagram for his words and said he was taking a break from golf. But the damage had been done and sponsors distanced themselves from Mickelson.

Arguments about the new series are about politics, power and a lot of money. The organizers want to spend $200 million (€188 million) on eight events this year. The winner of a single event would earn $4 million. In comparison, the winner of this year's PGA Championship, American Justin Thomas, earned a check for $2.7 million. The overall winner of the new series would be looking at an income of $18 million, so long as they competed in at least four of the eight events.

Even the last-placed finisher of the 48 competitors would earn $120,000, making the competition interesting for pro golfers in the middle of the pack. Players on the PGA Tour have to make the cut if they're to get part of the prize money. There will be no cut at the LIV Golf Invitational Series, meaning everyone goes home with something in their pocket. The compromise is that only three rounds (54 holes) rather than the usual four will be played. LIV is 54 in Roman numerals.

The invitational series directly challenges the PGA Tour. Five of the eight locations (Portland, Bedminster, Boston, Chicago, Miami) are in the US, with the other three in the UK (London), Thailand (Bangkok) and Saudi Arabia (Jeddah).

Ironically, two of the courses (Bedminster and Miami) on the new tour belong to former US President Donald Trump. The 2022 PGA Championship was to have been played at Bedminster, but because of the Trump-fuelled storm at the Capitol on January 6, 2021, the PGA moved the tournament to Tulsa. That the former US President is now involved in the LIV Golf Series is seen as provocation to the PGA.

Trump's clan has long had ties to Saudi Arabia, in particular Jared Kushner, the former senior presidential advisor and son-in-law of Trump. Furthermore the chairman of the LIV Golf Investments former world number one Greg Norman is a friend of Trump.

"We have a long-term vision and we're here to stay," said the 67-year-old Australian. Norman announced that LIV Golf was aiming to invest a total of $2 billion into the sport between 2023 and 2025, with the number of events happening in this time to rise from eight to 14.

LIV Golf are not short of money. The majority shareholder is the Saudi sovereign wealth fund PIF (Public Investment Fund), that administers a total wealth of around $500 billion. Last year, PIF took over 80 percent of Premier League club Newcastle United.

Saudi crown prince Muhammad Bin Salman is chairman of the PIF. He wants to realize his "Vision 2030" plan of making the country more modern and less dependent on oil money. Investments in sport play a role in this plan, but human-rights organizations have accused Saudi Arabia of sportswashing.

The powerful people in Riyadh want to use top-level sporting events to distract from the human-rights violations happening in the country. Crown Prince Bin Salman, for example, is suspected of being behind the murder of journalist Jamal Khashoggi.

"Look, we've all made mistakes and you just want to learn by those mistakes and how you can correct them going forward," LIV boss Norman said at a promotional event for the tournament in the UK when asked about Khashoggi.

The oppression of women in Saudi Arabia, denounced by human rights organizations, was something else the former golf star didn't believe was an issue. "You walk into a restaurant and there are women. They're not wearing burqas. They're out playing golf," Norman said in an interview with American magazine 'Golf Digest'.

Who will risk a break with the PGA?

Norman and Co. have tried hard to recruit players for the new series who were previously on the PGA Tour, with the promise of more prize money. According to Norman, six players inside the top 50 want to play in the new series and have applied for an exemption permit as a result. That is necessary if there is a PGA event on at the same time, and in the case of the opening tournament in London that would mean getting exemption from playing at the Canadian Open in Toronto. The pros who have applied for an exemption are Mickelson, Spaniard Sergio Garcia and Germany's most famous golfer Martin Kaymer.

PGA President Tyler Dennis has declined their release. Anyone who disregards this must reckon with no longer being allowed to start on the PGA tour. "Sadly, the PGA Tour seems intent on denying professional golfers their right to play golf," said Norman.

Whether the controversial Mickelson will be on the opening hole for the start of the new series is unclear, but he was not present to defend his title at the PGA Championship earlier this year.

In an interview with ESPN, Norman said that Mickelson's comments in February damaged both the PGA Tour and the LIV Golf Series, but added that Mickelson was "always going to have an open door."