What happens when the most important of the least important things in life comes to a sudden standstill? 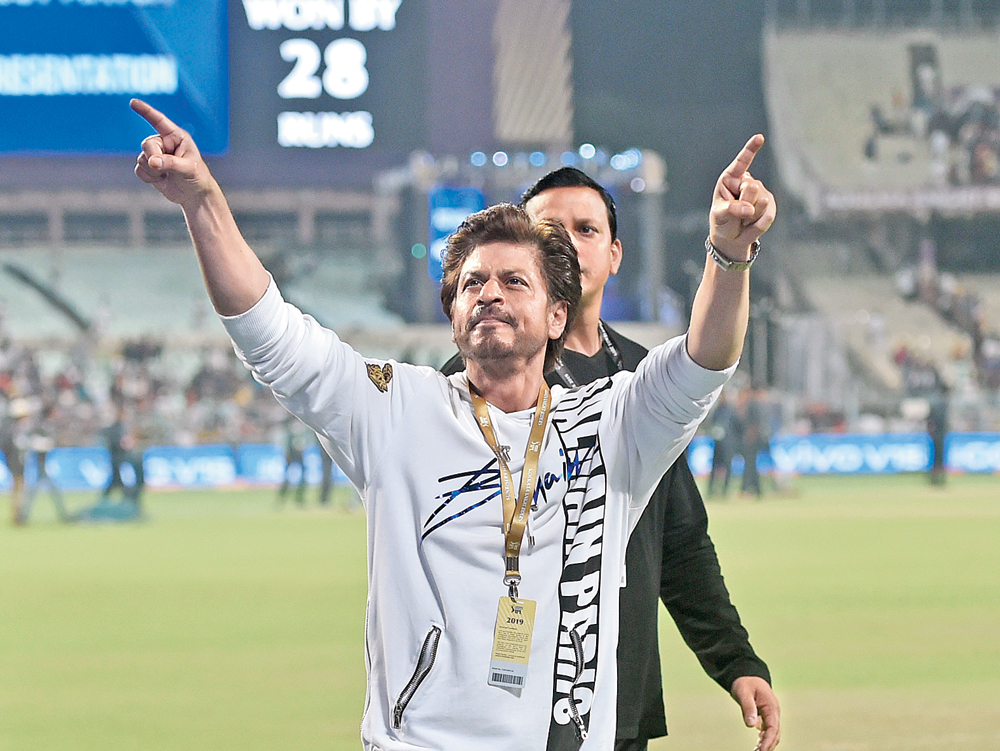 I scampered out of bed at the third hoot of the alarm, afraid my siesta had lasted too long. It was 40 minutes past five on a Saturday evening and Barcelona’s latest match would have just clocked the opening 10 minutes. As I fumbled through my laptop in navigating to the live-stream, I wondered what I had already missed — a mazy run and shot from Lionel Messi, an impish pirouette by Sergio Busquets, or more worryingly, a self-inflicted defensive debacle? Then, as the adrenaline rush swallowed the final vestiges of drowsiness from my body, it dawned on me that the football season is enwrapped in slumber. The pitch-black box greeting me seconds later reminded me what my instincts had temporarily repressed — that these are different times, not least because my beloved sporting galaxy stands quarantined.

It seems an eternity ago that an electric Anfield played host to a scintillating exhibition of sport — a remarkable 3-2 victory for Atletico Madrid that removed the reigning European champions Liverpool from club football’s top table, in a contest underscored by alternative allegiances and aesthetics, slow simmering tension as well as the pyrotechnics of pandemonium. In reality, this match was played on March 11, but in the little time that has elapsed since, a lot has happened.

Football at all levels has been suspended or postponed indefinitely, interspersed with announcements of the same from the rest of the sporting fraternity. The outbreak of the coronavirus has dealt the biggest blow to sport since the World War II; and for the foreseeable future, there is, for millions of sports enthusiasts like myself, no safe haven of spectacle, no opulent yet reassuring operetta to counterbalance life’s theatre of the absurd.

It might sound petty, if not petulant, to grumble about the lack of sporting action at a time when the world is sinking into crisis, but if we can serenade about sport as an edifice of unity, an outlet for our panoply of emotions, a constant provider of stories that we vicariously live as our own, it is only natural to acknowledge the vacuum left in its stead.

As someone whose calendar is regulated by the scheduling of sports events — the Australian Open rings in a new year, the UEFA Champions League knockouts herald the onset of spring, the Indian Premier League encapsulates the summer, athletics marks the transition to monsoon and a renewal of football to autumn, before good-old Test cricket Down Under tucks in the winter — the absence of sport amounts to a temporal collapse into oblivion, into the numbness of nothing.

I understand that the present emptiness is temporary. The reverberating arenas, the edge-of-the-seat drama, the never-ending post-match speculation, will come back. And yet, even though it is a matter of ‘when’ and not ‘if’, the recoil of the sports world, like a rolled-up magic carpet, raises before me a multitude of questions that transcend the visceral concerns of competition.

How quickly can a thriving, bustling world of activity be shunned into silence? How easily can the ceaseless wheels of international order get punctured by a pandemic that knows no borders? How alike are all of us, the adored and the adoring, in our collective vulnerability?

As a microcosmic reflection of the planet we inhabit, sport will always be at the forefront of popular culture and imagination. But perhaps, by the time the light does appear at the end of this long, dark tunnel of sporting hibernation, we, as lovers of sport, ought to have examined the bases of our participation in this phenomenon.

Perhaps we can be, without diluting our passion, a little more sympathetic, a little more understanding, the next time the ball is fired over the goal instead of nestling in it, or when an intended ace misses its mark, when a catch is spilt, when a punch is marred. Perhaps, when sport announces its inevitable return, we can find a way to derive pleasure without falling prey to the pungent partisan ways that pollute our fields and screens, stoking tensions that have no place in what is, after all, a game. For, as Covid-19 has proved, the precarity that permeates our being also percolates into the existence of the performers, the glittering yet all-too-human gladiators who make sport a global panacea.

How to fill the sport-sized void

NEED FOR READS: Few feelings compare to the delight of sensing sports narratives come alive on the printed page. Initiate yourself into the classics or have a rerun of their magnificence through revelatory autobiographies like Andre Agassi’s incendiary book Open, or explore Simon Kuper’s journey through 22 countries in another iconic read, Football Against the Enemy, to appreciate how the beautiful game has become an international lingua franca. More recently, 2019 has seen a number of exceptional publications — languorous sports-writing on sports-writing in The Great Romantic; the inspiring memoir, They Don’t Teach This, a battle against all odds penned by former women’s footballer Eniola Aluko; and the hilariously outrageous world of motor racing in How Not to be a Professional Racing Driver. 2020 is braced for a huge release with Michael Bamberger’s intriguing take on one of the greatest comebacks in modern sport in The Second Life of Tiger Woods.

WATCH-ATHON: Sports documentaries (not to mention biopics) have been quite the rage, of late. The latest in the line of hard-hitting sports films is The Test, Amazon Prime’s exclusive offering charting the nadir of Australian cricket from the ball tampering scandal of 2018 to a retention of the Ashes last year. A fight for ultimate supremacy is usually a staple for success on the silver screen, especially when crafted as dexterously as the Academy Award nominated Ford v Ferrari. More niche viewing includes the gripping saga presented in Fighting With My Family, involving WWE wrestler Paige, while the likes of All Or Nothing and Matchday are ideal for binge-watching, taking you behind the scenes at an ebullient Manchester City and an erratic Barcelona, respectively.

THE GAME IS ON(LINE): Even if you are not the sort to dedicate an entire weekend tweaking formations on Football Manager or unleashing your hidden Muhammad Ali through the joystick, the unlimited potential of the Internet means you can be an audience to the gaming skills of others. Leyton Orient, currently based in the fourth division of English football, have recently unveiled Ultimate Quaran-Team, an online football competition among 128 clubs across the planet with fans and players vying for glory by going head-to-head in EA Sports’ FIFA 20. If you crave the intensity of witnessing hardcore competition, this might just be the event to stay glued to, with heavyweights like Manchester City involved in the bid to become the kings of the virtual pitch.

What does the future hold?

A FLICKERING FLAME: As of now, the 32nd edition of the biggest sporting event in the world is scheduled to go ahead between July 24 and August 9, 2020. The Tokyo Olympics, reiterated by Japanese Prime Minister Shinzo Abe, will not be affected by the raging pandemic. Naturally, not everyone shares his optimism, with prominent athletes like reigning Olympic pole vault champion Katerina Stefanidi criticising the International Olympic Committee’s (IOC) stance to go ahead with the Games, as it jeopardises the health and preparation of athletes, many of whose qualifications for the extravaganza are yet to be confirmed. With locals in Tokyo also voicing their dissatisfaction, the IOC has a number of proposals to consider, most of which will be more far-reaching than the suggestion to split the interlaced rings in the Olympic flag to promote social distancing.

MORE WAITING FOR LIVERPOOL: At the turn of the year, it seemed that nothing apart from an alien invasion of Anfield could prevent Liverpool from becoming English champions for the first time in three decades. Yet, a less sensational but equally dystopian event has now thrown Liverpool’s impending coronation into peril. With UEFA postponing Euro 2020 to make it Euro 2021, and other continental federations following suit with their own championships, domestic leagues and club tournaments have earned an extended window (currently till June 30) within which to wrap up the remaining footballing fixtures. However, given the unpredictable trajectory of the virus, full-scale completion of leagues may not be possible, with a series of alternatives up for discussion — awarding positions based on current standings, holding mini-leagues in a play-off format, or declaring the league null and void, with the last option guaranteed to spark fury on Merseyside.

A TRUNCATED IPL: While the NBA, Formula One, tennis, and golf have all gone into indefinite lockdown, cricket’s golden child, the Indian Premier League, may still transpire over the next couple of months. The BCCI has deferred the destiny of the IPL till April 15, by which time should the situation in India improve, the IPL could be played inside closed doors and across a limited range of venues with a shortened format. This is unless the speculation surrounding a complete rejig of the tournament bears fruit, which suggests that the cricket mania can be moved to pan out between July and September, 2020, with the possibility (like 2009) of going overseas.