Despite dominating the ball possession and making 22 attempts on goal, Liverpool failed to extend their advantage 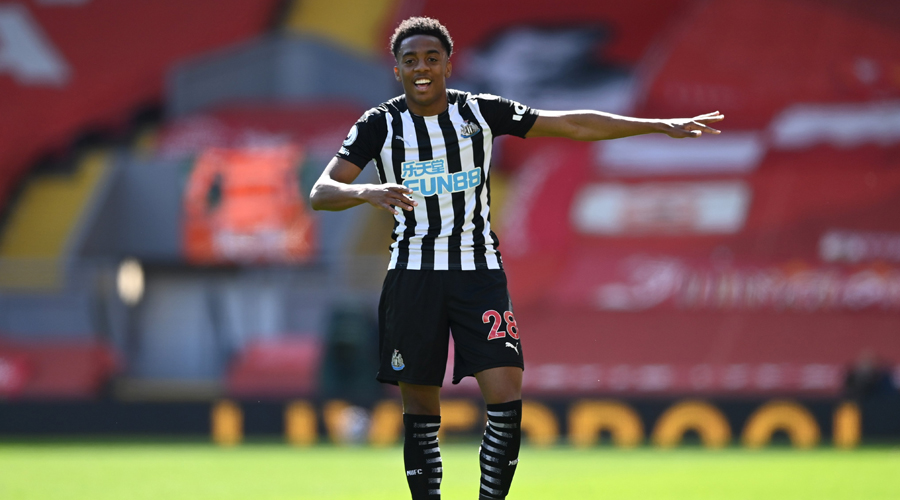 Newcastle United substitute Joe Willock equalised in the dying seconds of stoppage time to earn his side a precious point in a 1-1 draw away at Liverpool on Saturday that dented the home side’s Champions League qualification hopes.

Liverpool had opened the scoring at Anfield inside three minutes when Newcastle defender Ciaran Clark failed to clear a cross, allowing forward Mohamed Salah to control the ball and fire a left-footed half-volley into the roof of the net.

But despite dominating the ball possession and making 22 attempts on goal, Liverpool failed to extend their advantage.

Newcastle forward Callum Wilson had a strike ruled out for offside in the 90th minute but Steve Bruce’s side continued to pile on the pressure.

They were rewarded in the 95th minute when Willock found the net for the third league match in a row with virtually the last kick of the match.

“We pushed hard in the second half. Apart from the sloppy goal we gave away, I thought the boys did really well,” Willock, who is on loan from Arsenal, told BT Sport.

Timo Werner ended his goal drought in timely fashion to earn Chelsea a crucial 1-0 victory over West Ham United in the battle for a top-four finish.

The German had gone 14 games without scoring for club and country but produced a clinical finish shortly before half-time as Chelsea took the points at the London Stadium.

Victory enabled Thomas Tuchel’s fourth-placed side to open up a three-point gap over West Ham for whom two successive defeats have dented their hopes of qualifying for the Champions League.

West Ham’s Lukasz Fabianski was the busier of the two goalkeepers and West Ham struggled to open up their visitors as Chelsea kept a 16th clean sheet in 21 matches under Tuchel.

Arsenal boss Mikel Arteta slammed his side’s home form as “terrible, unacceptable” after they slumped to a 1-0 defeat by Everton on Friday to fall even further behind in the chase for European football next season.

Arsenal had plenty of chances in the second half and a penalty decision reversed by VAR before an own goal by keeper Bernd Leno gifted the visitors the three points.

“We conceded the goal in the wrong moment,” said Arteta.

Watford secured promotion with two games to spare, after a 1-0 win over Millwall in the (second-tier) Championship at Vicarage Road.