Kidambi Srikanth happy to have peaked at right time

The 28-year-old former world No. 1 on Sunday became the first Indian male shuttler to claim a silver medal at the World Championships 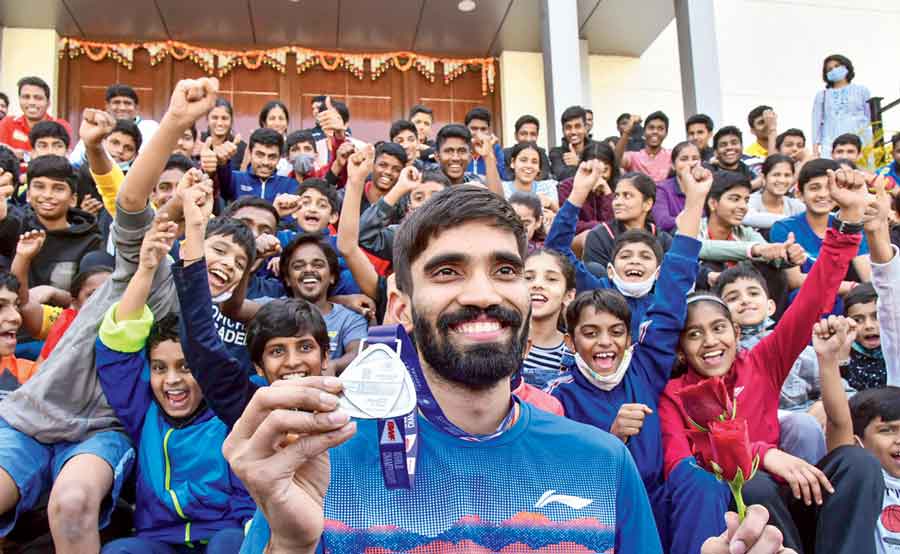 When Kidambi Srikanth missed the Tokyo Games due to a mix of injuries and cancellation of qualifiers owing to the pandemic, the shuttler had said to himself that the Olympics is not the end of the world. He was confident that his time would come and he worked towards it.

Now, he is glad that his toil has paid off, evidence of which is a historic World Championships silver medal in the men’s singles competition.

“Olympics... I was disappointed. If you look at it, I was still the highest-ranked player from India. But, some tournaments were supposed to happen for Olympics qualification. Nearly, seven to nine tournaments got cancelled,” Srikanth said on Tuesday. “I could not play in the first part of the qualification because of my injury. In the second part, I was fully fit. But, tournaments did not happen.

“I felt that day that the Olympics is not the end of the world. I knew my time will come and I will have my chances. I am just happy that everything paid off.”

Seeking to become a better player by working on his shortcomings, Srikanth said he will “focus on maintaining” his form and fitness heading into a hectic new year.

The 28-year-old former world No. 1 from Guntur, Andhra Pradesh, on Sunday became the first Indian male shuttler to claim a silver medal at the prestigious tournament.

On his return to the country, Srikanth said: “Now my only focus is on maintaining this and to improve further. Because, All England and then Commonwealth Games, Asian Games are there next year. It’s a very big year. The next eight to 10 months are very important for me. So, I am looking at talking to Gopi anna (coach Pullela Gopichand). I will try and work on what went wrong in the last few months.

“Even though I played the finals, there will definitely be some negatives, I have to work on them.”

In the summit clash in Spain, Srikanth, currently ranked 14th in the world, blew leads of 9-3 and 18-16 in the two games against Loh Kean Yew of Singapore to see the coveted title slip out of his grasp.

“I am just happy that I could peak at the correct time. From September, when I started playing tournaments, I slowly started improving. Match by match, I could see the difference.”

Talking about his semi-final match against younger compatriot Lakshya Sen, Srikanth said: “It has been four, five years since I last played a match against Lakshya. I have been watching his progress. He has been playing exceptionally well. So, it was not new to me.”