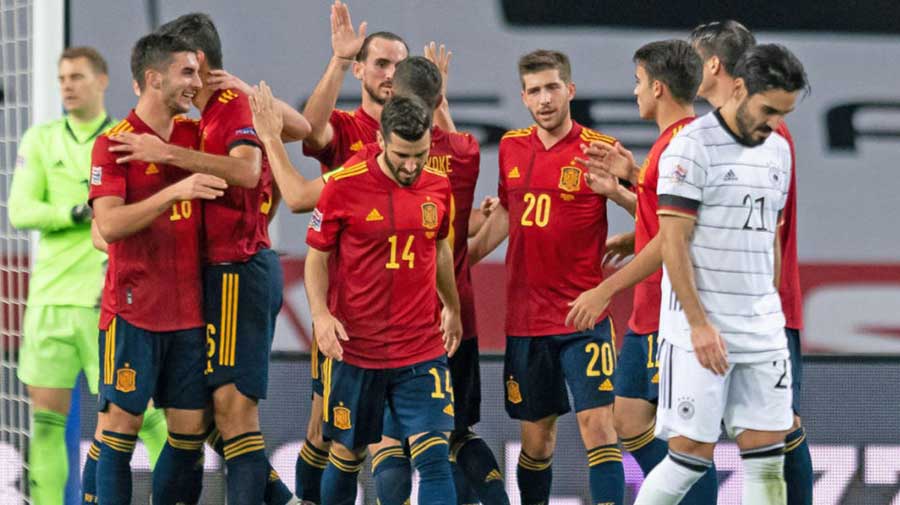 Germany, planning to have an overhauled and tournament-ready team at next year’s European soccer championships, are running out of time, with coach Joachim Loew’s changes so far failing to deliver.

A 6-0 demolition by Spain on Tuesday was their heaviest defeat in almost 90 years and only added to their fluctuating form in recent months.

Loew brushed the defeat off as a “disastrous day” but the coach, in his 14th year in charge, has now seen his team exit in the first round of a tournament for the third straight time.

Winners of the 2014 World Cup, Germany crashed out in the tournament group stage four years later. They were then relegated from the Nations League competition a few months later after failing to win a single game and eventually stayed up only thanks to a rule change.

That exit prompted the start of Loew’s overhaul as he dropped several world champions — including Thomas Muller, Jerome Boateng and Mats Hummels — in favour of younger players.

“We saw that we are not as far down the road as we had hoped to be,” Loew said of his team’s performance. “After the first goal we just gave up being organised. That was deadly. We charged out and just opened up all the spaces. We forgot about our game plan and just ran around out there. I really don’t know what happened to the team. It was a disastrous day.”

With falling TV figures, mounting criticism and Loew’s refusal to recall Boateng and Muller, who won five titles this year with Bayern Munich, and Hummels, the coach has worked himself in a corner. Germany will next play again in March before a few more warm-up matches prior to the tournament start in June.

Spain coach Luis Enrique paid tribute to every player in his squad after reaching the final four, which he said was just what they deserved for their efforts over the campaign.

“This victory belongs to every player, even those who didn’t play,” he said.“It would be unfair to single anyone out because to do what we did, to press a team like Germany all over the pitch, you need every player from defence to attack to work hard.”