In the one-over eliminator, which also had a DRS referral, it was the Challengers who prevailed as AB de Villiers and Virat Kohli helped them past MI’s meagre total 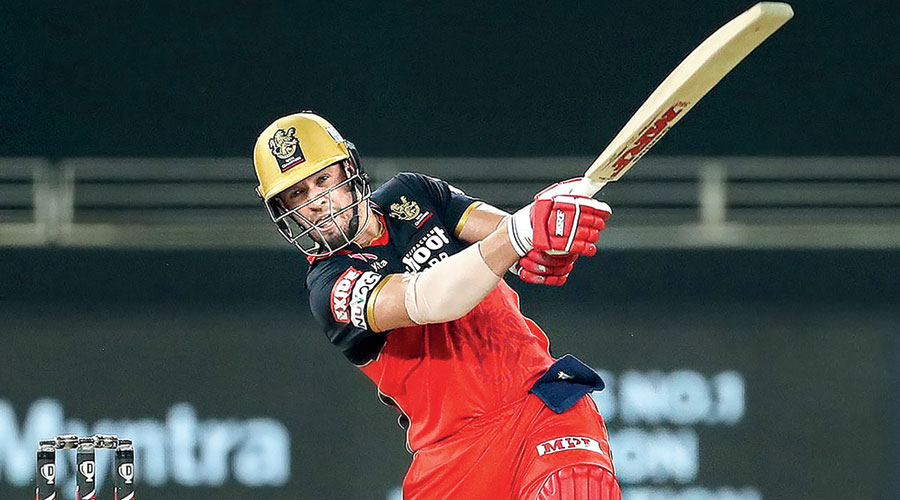 Monday seemed to be so much like Sunday, but as they say, there’s many a slip between the cup and the lip.

So while Rajasthan Royals had pulled off the seemingly impossible on Sunday recording the highest-ever IPL chase, the Mumbai Indians went tantalisingly close on Monday while chasing another steep target but in the end lost the match in Super Over to Royal Challengers Bangalore (RCB).

Young Mumbai Indians batsman Ishan Kishan played the knock of his life but still failed to finish the job for his team. The left-handed batsman from Jharkhand personally too fell one short of a century, scoring 99 off 58 balls.

The match went into the Super Over after Kieron Pollard (60 not out off 24 balls) hit a four off the final ball of regular play to help Mumbai Indians touch RCB’s total of 201.

But in the dramatic one-over eliminator, which also had a DRS referral, it was RCB who prevailed as AB de Villiers and captain Virat Kohli helped them past Mumbai Indians’ meagre total of seven.

Navdeep Saini, who bowled a fantastic penultimate over during the Mumbai Indians innings, maintained an immaculate length in the Super Over too, conceding just a boundary against Pollard. RCB also had to work hard for the eight-run target. De Villiers got a four off the third ball when Jasprit Bumrah erred in length by banging it in short.

Thereafter, Kohli, who again was dismissed cheaply earlier on, brought up the winning runs off the final ball with RCB recording their second victory in IPL 2020.

Chasing a daunting 202-run target, Mumbai Indians couldn’t accelerate at all in their first 10 overs, which left Kishan and Pollard with a bit too much to do in the end. Credit also goes to RCB’s young off-spinner Washington Sundar (1/12 off four overs), who conceded just seven runs in the Powerplay and also scalped Rohit Sharma.

However, Kishan remained unfazed even after Mumbai had lost Rohit, Quinton de Kock, Suryakumar Yadav and Hardik Pandya with not even 100 on the board. Importantly, the Dubai International Ground isn’t as small as that of Sharjah, but most of the nine sixes that Kishan hit cleared the boundaries with ease.

Obviously, Pollard’s presence made matters a tad easier for the youngster as the duo stitched a superlative 119-run stand for the fifth wicket. Off the last five overs, Mumbai Indians needed a massive 90, which looked near-impossible. Kishan and Pollard almost accomplished their mission, but unfortunately Kishan got out in the last over.

Earlier, openers Devdutt Padikkal and Aaron Finch were solid at the top for RCB, hardly playing any loose shot and making sure they put all the bad deliveries away.