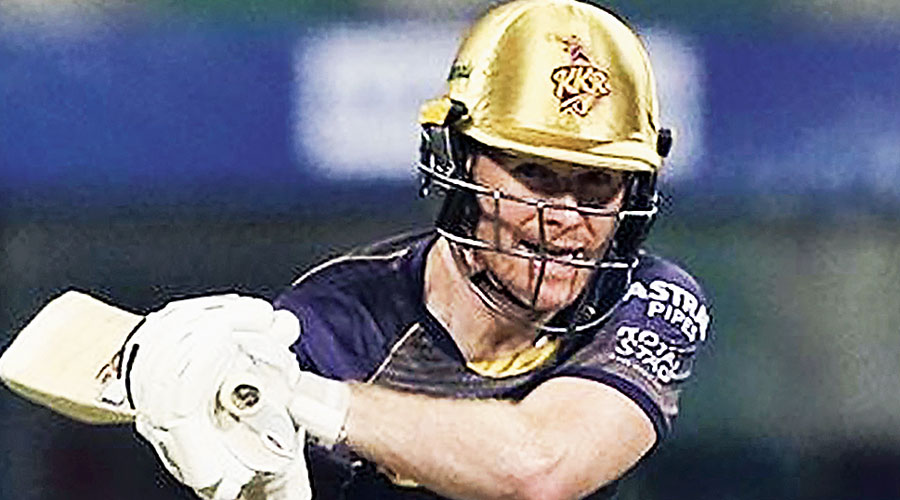 Eoin Morgan couldn’t hide his disappointment after losing to Mumbai Indians on Tuesday.

“Yeah it’s disappointing. Played some really good cricket for most parts of the game. We looked comfortable in the chase, but they are a strong team, came back well and sad that it didn’t work out for us,” admitted the Kolkata Knight Riders captain.

“We made a few mistakes, will need to sort out some issues. We needed to bat around and complete the chase... not quite sure what happened with the pitch. The games that have been played here, it would suggest that there’s a trend (of run-scoring getting tough at the end).”

“We put ourselves in a good position to win today, but then not to win, that’s something we need to take care of.”

Rohit Sharma termed the victory as a team effort.

“It was a great fightback, excellent fightback by each one of the team members. You don’t see a game like this often,” Rohit  said.

“We will take lots of confidence from this game and move forward. KKR batted brilliantly in the Powerplay. Rahul (Chahar) came and got us crucial wickets in the middle, Krunal bowling those overs at the end was vital as well. It was a complete team effort and credit to all the bowlers,” the Mumbai Indians captain said.

“Set batters need to carry on as long as possible. The trend in Chennai is you can’t hit from ball one. You have to plan before you go into bat. We were 15-20 runs short. Should have batted well at the fag end. We need to understand how we need to bat at the death but I don’t want to take anything away from the boys.

“Suryakumar has carried his form well. He plays fearless and it’s a positive sign for us in the first few overs. We need a guy there to do that. We have done the finishing part well as a team, just that we need to understand the surfaces here and adapt,” Rohit said.

Man of the Match Chahar picked Rahul Tripathi’s dismissal as the best among his four wickets.

“They had started well, I knew that on this pitch it was the spinners who had to do it. I’ve played two-three seasons so I had confidence to get Subhman Gill out... I know him since the U-19 days and I knew what to do.

“My strength is to turn it quickly, at speeds of 90kmph. I think Tripathi’s caught behind was my favourite wicket. I also had an idea that Rana would give me a chance and so I pushed a flipper outside off," Chahar said.

The leg spinner felt having Rohit as captain helps in putting up a good performance. "There’s a lot of benefit from having guys like Rohit showing confidence in me, there are times when I’m being hit around and he has more confidence in me than I do in myself.”