KKR gave it their all, delivering when it mattered the most, to register an impressive 60-run win over Rajasthan Royals on Sunday 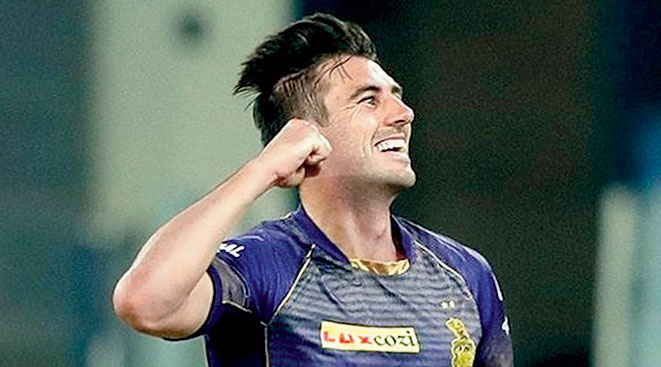 Dinesh Karthik flying to his left to pluck the ball out of the air to dismiss Ben Stokes was almost symbolical of Kolkata Knight Riders throwing themselves with whatever they had to catch their only chance of staying alive in IPL 2020.

The Knights gave it their all, delivering when it mattered the most, to register an impressive 60-run win over Rajasthan Royals on Sunday. As a result, they are still in with a chance of making the playoffs if the results of the remaining two matches go their way. They are currently in the fourth spot with 14 points and a net run rate of –0.214.

Whoever wins the Delhi Capitals-Royal Challengers Bangalore match on Monday will join Mumbai Indians directly in the playoffs. Two among Knight Riders, Sunrisers Hyderabad and Monday’s losing team would take up the remaining playoffs spots. If the Sunrisers lose their last match, against Mumbai Indians on Tuesday, Knight Riders will qualify for playoffs without much complication. But if Sunrisers win, net run rates will come into play.

For the Knights, almost everything clicked on Sunday. Captain Eoin Morgan played a fine knock of 68 not out off 35 balls to help his team post 191/7 in 20 overs. Then Pat Cummins spat fire, picking up 4/34 to restrict Royals to 131/9 in 20 overs. Morgan’s boys were sharp on the field as well, with Karthik’s stunning effort setting the tone.

The Royals’ chase stumbled from the very beginning as they lost Robin Uthappa in the very first over. An in-form Stokes and captain Steve Smith perished in the third over to make Royals’ job mighty difficult. All three wickets were taken by Cummins. Jos Buttler (35) put up a brief resistance, but it was not going to be enough on the day.