Barring winning the toss and dismissing Quinton de Kock early in the second over of the game, nothing fell in place for KKR 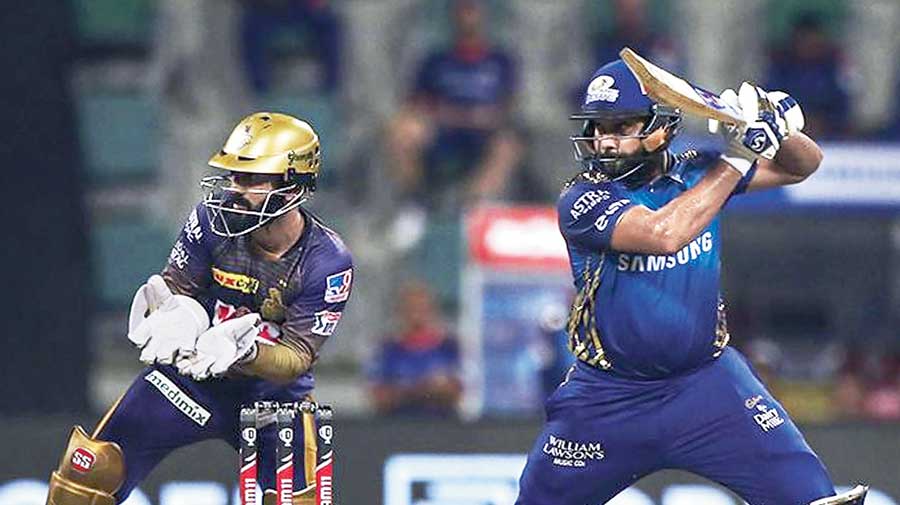 Kolkata Knight Riders got off to a disastrous start in their opener against Mumbai Indians at the Sheikh Zayed Stadium on Wednesday.

Dinesh Karthik’s men were outplayed and outmanoeuvred in all departments of the game during their 49-run thrashing. In reply to Mumbai Indians’ imposing total of 195 for 5, KKR could manage only 146 for 9.

This was Mumbai Indians’ 20th win over KKR.

Barring winning the toss and dismissing Quinton de Kock early in the second over of the game, nothing fell in place for KKR. The defending champions thus made a superb comeback after a loss in the opener versus CSK. 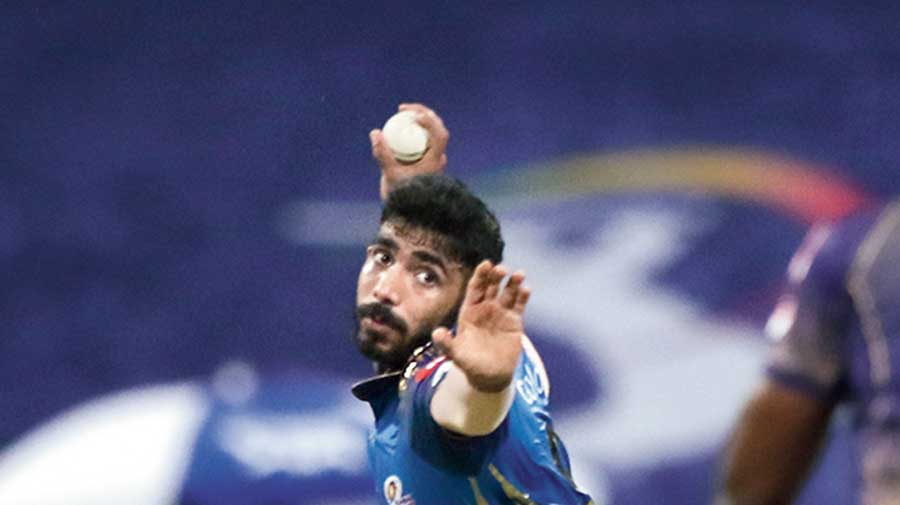 Mumbai Indians captain Rohit Sharma led from the front, top-scoring with a 54-ball 80 — a knock studded with three fours and six over-boundaries. Rohit was severe on the KKR bowler who was expected to bring in the “fear factor” to the opposition — Pat Cummins.

Cummins, however, did perform with the bat, smashing Mumbai Indians’ trump card Jasprit Bumrah for four sixes in the 18th over, which to an extent reduced the margin of their defeat.

There were tactical blunders that ruined KKR’s day. Rohit’s weaknesses against Sunil Narine have been well documented in the IPL, but the off-spinner was brought into the attack only when the Mumbai Indians skipper was well set.

KKR’s ploy of opening the attack with Sandeep Warrier and Shivam Mavi failed to yield any significant result. Perhaps Cummins could have done a better job with the new ball.

During the chase, Nitish Rana was sent ahead of Morgan, which was bizarre to say the least, especially after the openers had fallen cheaply. When Morgan came on to bat, after captain Karthik’s dismissal, he had just too much to do with the required run rate soaring above 14.