IPL: In Kohli’s path, a Goliath in David’s Sunrisers Hyderabad 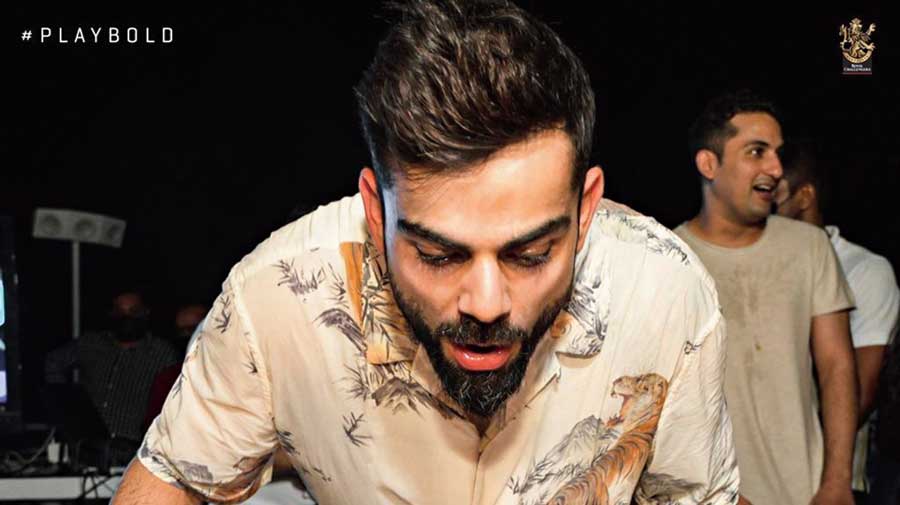 Virat Kohli blows candles on a cake to celebrate his 32nd birthday with the Royal Challengers Bangalore team in Dubai on Thursday.
Twitter/@RCBTweets
Our Bureau And Agencies   |   Calcutta, Abu Dhabi   |   Published 06.11.20, 02:22 AM

If momentum matters, Sunrisers Hyderabad have all of it while Royal Challengers Bangalore have none. On paper, there’s no doubt about who enjoys the edge in Friday’s IPL 2020 Eliminator contest.

Sunrisers, having won their last three matches, will not be short on confidence. The same cannot be said about RCB, who head into the playoffs with the baggage of four back-to-back defeats.

However, for such a knockout match, past records may turn out to be ridiculously meaningless. In big matches, it’s all about handling the smaller details better, as both teams would know.

Like, Royal Challengers will hope to bat better in the middle overs, something they have failed to do appropriately so far. With the likes of Virat Kohli, AB de Villiers and an in-form Devdutt Padikkal in their team, it’s a strong batting line-up for Royal Challengers. But somehow, their scoring rate suffers between over numbers 7 and 16 and they need to address that.

Royal Challengers may also bring back Aaron Finch in place of Josh Philippe as Padikkal’s opening partner. The young Philippe has not really set the field on fire with his strokeplay and Finch has experience on his side.

Sunrisers have no such opening worries. They have struck gold with their opening pair of David Warner and Wriddhiman Saha. In three games, they have had two century partnerships — 107 against Delhi Capitals and an unbroken 151 against Mumbai Indians.

Saha, especially, has taken all by surprise with his fluent, confident knocks.

For Sunrisers, it’s the lower middle-order batting which does not inspire much confidence. Captain Warner, Saha, Manish Pandey and Kane Williamson make it an impressive top four for Sunrisers. But the Priyam Gargs and Abdul Samads, who come out to bat in the lower-middle order, look a bit jittery in an otherwise upbeat team.

Jason Holder will have to play a key role, both with the bat and ball. Sunrisers will need him to be at his all-round best. Royal Challengers will look to Chris Morris to counter the Holder factor.

Sunrisers’ bowling, spearheaded by the crafty Rashid Khan, looks more balanced now than it did in the first half of the tournament. Holder and Shahbaz Nadeem have given their bowling attack some much needed variety.

Royal Challengers will look to have pacer Navdeep Saini back in the team to bolster their attack. Spinners Yuzvendra Chahal and Washington Sundar have done well for captain Kohli, but their pace attack needs more teeth.