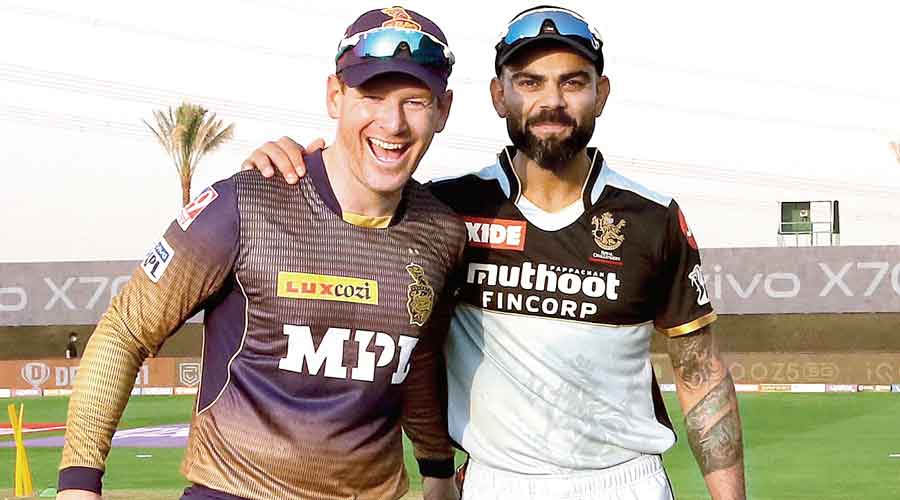 The Kolkata Knight Riders have been applauded by all for the spectacular turnaround they made in the UAE leg of this IPL. From being strugglers in the first phase to being one of the best in the second, Eoin Morgan’s men look a transformed lot. But all that would turn meaningless if they falter in Monday’s Eliminator contest against Royal Challengers Bangalore.

Relying primarily on teamwork and collective effort, the Knight Riders have been at their consistent best, winning five of their last seven matches and earning themselves a well-deserved play-offs berth.

But now begins the tougher test. Up against a charged-up RCB, they have to play their best cricket at the Sharjah Cricket Stadium to keep their IPL dream alive. If they lose, it will be the end of the road for them and all the hard work will come to nought.

Both teams are in good space going into the game, but they also need to ensure avoiding unforced errors in this win-or-bust clash.

Besides, the sluggish nature of the Sharjah wicket will continue being a key factor, so the Knight Riders and RCB need to be cautious while finalising their respective playing XIs and thereafter be smart with their on-field decisions.

Apparently, the contest is between RCB’s enterprising batting, led by captain Virat Kohli and an in-form Glenn Maxwell and complemented by the fast-rising KS Bharat, and the Knight Riders’ efficient bowling. It’s a good match-up and one that should go on to determine the outcome of the game.

For both the Knight Riders and RCB, their quicks have done more than a decent job in this IPL.

Knights first. Back from his hamstring niggle, Lockie Ferguson was fast and fantastic against the Rajasthan Royals the other evening at Sharjah. Young Shivam Mavi too was impressive.

Spinner Varun Chakravarthy has been the best bowler for KKR in this IPL.
Twitter

For RCB, Harshal Patel has made excellent use of the slower delivery to be the standout performer. He is also the man with the highest number of wickets (30) in this IPL so far.

But, because of the conditions, much of the focus will be on the spinners. Without doubt, the Knight Riders’ best weapon to negate Maxwell is the spin of Varun Chakravarthy and Sunil Narine. And as far as RCB are concerned, leg-spinner Yuzvendra Chahal will again have to play a critical role in restricting the Knight Riders batsmen, especially the in-form openers Shubman Gill and Venkatesh Iyer.

Captain Morgan said on the eve of the match that Andre Russell’s condition is still being assessed by the team’s medical staff. “A decision on his availability will be taken tomorrow before the game begins,” Morgan told kkr.in on Sunday.

In fact, as a precautionary measure, the Knight Riders have ensured Shakib-al Hasan stays with them even though the all-rounder had been asked to join the Bangladesh camp in Oman, as they get ready for the T20 World Cup qualifiers beginning from October 17.