With only four points from 10 matches so far, the job looks more than tedious for Sunrisers if they are to keep alive their prospects of making the play-offs 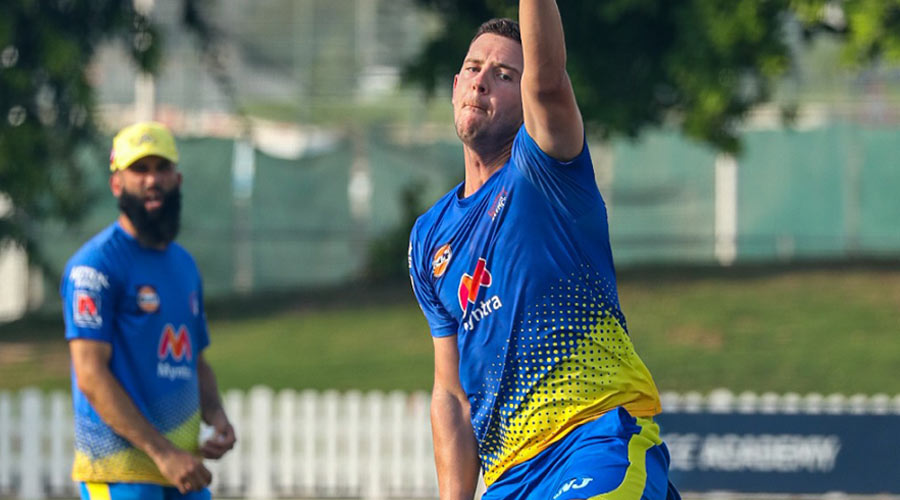 Bottom-placed Sunrisers Hyderabad will hope to keep their new-found momentum intact when they lock horns with tabletoppers Chennai Super Kings at the Sharjah Stadium on Thursday.

With only four points from 10 matches so far, the job looks more than tedious for Sunrisers if they are to keep alive their prospects of making the play-offs. Mathematically, they still have an outside chance of making the last four if they win all their remaining matches.

Also, they would be keen to make sure the speculation regarding David Warner’s future with the franchise doesn’t turn out to be a distraction and affect their on-field performance.

For the Super Kings, who are on 16 points, a win on Thursday will not just extend their lead at the top of the table, but also make them the first team to qualify for the last-four stage. For sure, captain Mahendra Singh Dhoni and his teammates will be aware of it and make sure they do the right things at the right time to ensure they don’t need to wait further for that play-offs berth.

The Super Kings, in other words, have got almost everything right in the UAE leg of this year’s IPL, winning all their matches as of now, which only reflects how difficult it’s going to be for the Sunrisers.

Also, the pitch at Sharjah was extremely sluggish and strokeplay looked quite tough during Tuesday’s Kolkata Knight Riders-Delhi Capitals game. The Knights lost as many as seven wickets, chasing a modest 128-run target and also took in excess of 18 overs to get there, which proves how hard it was out there for the batsmen.

The Knights’ wicketkeeper-batsman and former skipper, Dinesh Karthik, even said that the wicket was “not ideal for T20 cricket.”

Whether the nature of the track remains the same or if the batsmen find stroke-making to be a tad easier remains to be seen. But make no mistake, the conditions in Sharjah should favour the Super Kings as they have a bowling attack that can succeed anywhere.

Besides, the Super Kings bat deep, as someone like a Shardul Thakur too can get them a few crucial runs lower down the order. And then they have a gem of an all-rounder in Ravindra Jadeja, who can change his game according to the situation, something he proved again in their previous game.

For the Sunrisers to log full points against this formidable opposition, Jason Roy has to fire again at the top, while captain Kane Williamson too has to continue anchoring the innings as well as keep guiding the Indian youngsters in the team.

Jason Holder’s all-round abilities too should come in handy for the Sunrisers.