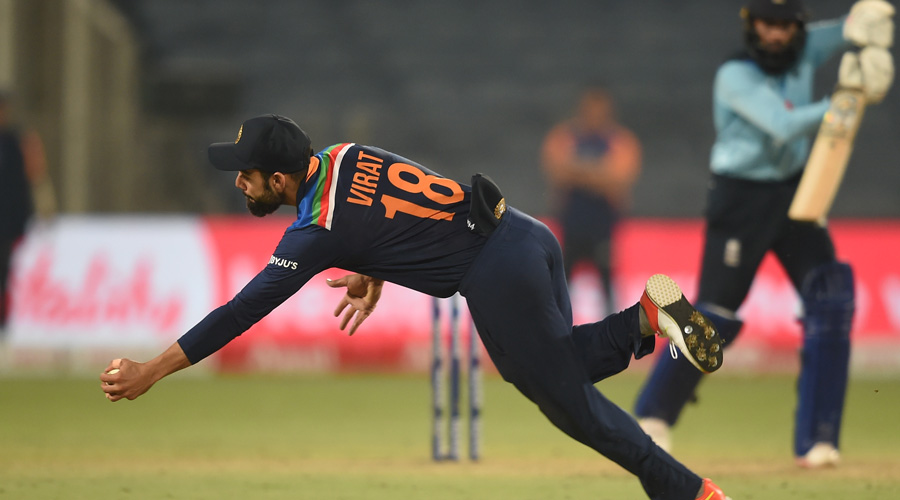 Much like everything else in life, cricket has its new normal, and it’s not just about the bio-bubbles. As the ICC rankings portray, India are the undisputed leaders in Test cricket and are placed second, closely behind England, in the other two formats.

In a season disrupted by the pandemic, India won the Test and T20I series in Australia while losing 1-2 in the ODIs. At home, Virat Kohli’s men enjoyed a clean sweep across formats much to the chagrin of the Englishmen.

But it is their triumph Down Under that will stand out because of the manner in which it was planned and executed with an almost B side, led brilliantly by Ajinkya Rahane after the first Test. India are now feared, admired and respected by teams worldwide, much like the West Indies in the Seventies or Pele’s Brazil.

Rahane’s sharp cricketing acumen and brilliant manoeuvring of his resources played a key role in India retaining the Border-Gavaskar Trophy for the second successive occasion in Australia. 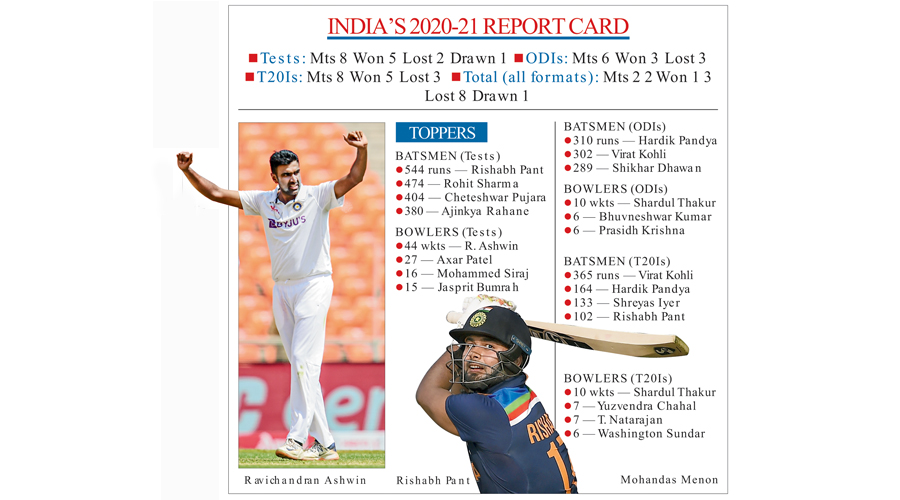 He managed to drill into the players in his quiet but firm manner that being dismissed for 36 in the first Test was an aberration and a closed chapter. The decision to promote Rishabh Pant to No. 5 in the second innings at Sydney proved a masterstroke. Ditto for introducing Ravichandran Ashwin in the 11th over in Melbourne after the humiliation in Adelaide.

If Rahane chose to lead by example with a century in the second Test, Cheteshwar Pujara’s obstinate demeanour put the home team in disarray. Pujara faced 928 balls in the series, wearing Australia’s bowlers down with his dour and determined approach while not being afraid to take blows on his body. His final-day half-centuries proved crucial to India saving the Sydney Test and winning in Brisbane.

The series at home also started with a shock loss at the hands of Joe Root’s England. But India once again showed character to bounce back in the remaining Tests, the last two games finishing within two and three days, respectively.

This success spilled onto the limited overs format with Kohli’s form and a superlative performance from comeback man Bhuvneshwar Kumar setting new standards. That too, without regulars Jasprit Bumrah, Mohammed Shami and Ravindra Jadeja.

With the World Cup a few months away, the nucleus of India’s T20 side is in place. Pant’s ‘match-winning’ batting along with the success of newcomers Suryakumar Yadav and Ishan Kishan could keep a few regulars out of the XI.

The arrival of T. Natarajan and Mohammad Siraj also provides multiple options. The only worry could be the failure of spinners Yuzvendra Chahal and Kuldeep Yadav.

The contribution of the support staff is equally creditable despite the challenges of the bio-bubble. They kept the bunch focused and determined for almost five months. If head coach Ravi Shastri never let the guard down even during setbacks, Bharat Arun deserves credit for shaping a group of unknowns into a feared fast bowling unit, good for any surface.

Shastri’s dream of the players treating every condition as their “home” is finally emerging from the shadows. Not without reason did Sunil Gavaskar mention that Team India has “a wonderful opportunity to seal the deal as the greatest-ever Indian side by winning in England and especially South Africa” later this year.

Setting the bar high is the new normal for Kohli’s men.