Injured Pogba out of qualifiers 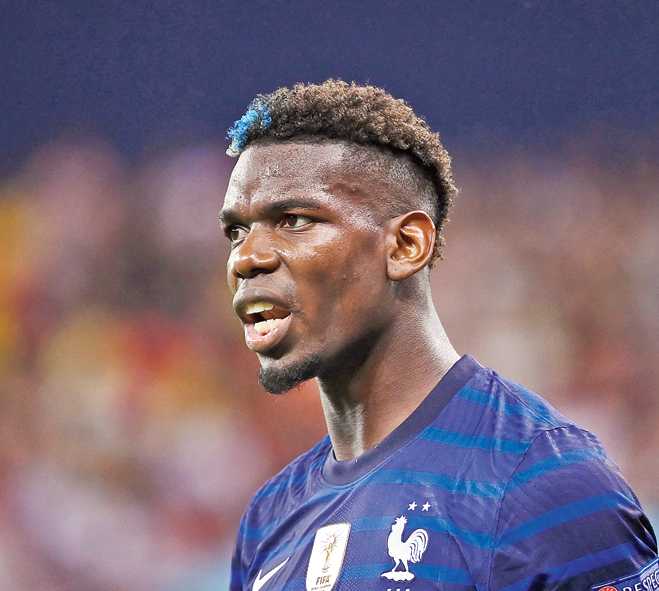 Manchester United midfielder Paul Pogba has withdrawn from the France squad due to an injury sustained in training on Monday.

The 28-year-old had joined up with his international teammates as Les Bleus prepare for important World Cup qualifiers against Kazakhstan and Finland.

Unfortunately, Paul suffered a right thigh injury while taking part in a training session on Monday.

The French Football Federation has confirmed that Pogba will miss both of the country’s upcoming games in this November international break. The France team tweeted: “Paul Pogba has suffered an injury to the quadriceps of the right thigh and is forced to miss the next two matches.

“To replace him, Didier Deschamps called on Jordan Veretout.”

France need just three points to secure World Cup qualification, and will be seeking victory against Kazakhstan to complete that. Coach Didier Deschamps, however, warned against complacency as the world champions take on a side who have not won any of their seven group games.

“The important thing is to reach our goal, to qualify for the World Cup. All my energy and our concentration must be on that,” Deschamps told a news conference. “We must not think that we are already qualified because it is only Kazakhstan. We're going into the game with all our determination and strength to win.”

United confirmed: “Paul Pogba has been released from the French national team following a thigh muscle injury sustained in training.

He will return to Manchester for treatment and further evaluation.”

The midfielder is still to serve the final part of his domestic three-game suspension, a result of a red card against Liverpool in October.

He was, therefore, already unavailable for selection for our next Premier League match against Watford on 20 November. Pogba would be eligible to play in the month’s other fixtures against Villarreal (23 November) and Chelsea (28 November).

Five Germany players have been asked to quarantine after one of them tested positive for Covid-19 ahead of this week’s qualifier against Liechtenstein, the German Football Association (DFB) said on Tuesday. The DFB did not name the player but said he was fully vaccinated and showing no symptoms.

The four other players, who tested negative but were identified as close contacts, have also been placed in isolation.  “This news is very bitter so shortly before the final two games in the World Cup qualifying — for the coaching team as well as for the entire team. But health comes first,” said national team director Oliver Bierhoff.

Last month Germany became the first team to qualify for the 2022 World Cup in Qatar by crushing North Macedonia 4-0 away to secure top spot in Group J.