Advertisement
Home / Sports / Wriddhiman Saha will not blink at ‘pink’

Wriddhiman Saha will not blink at ‘pink’ 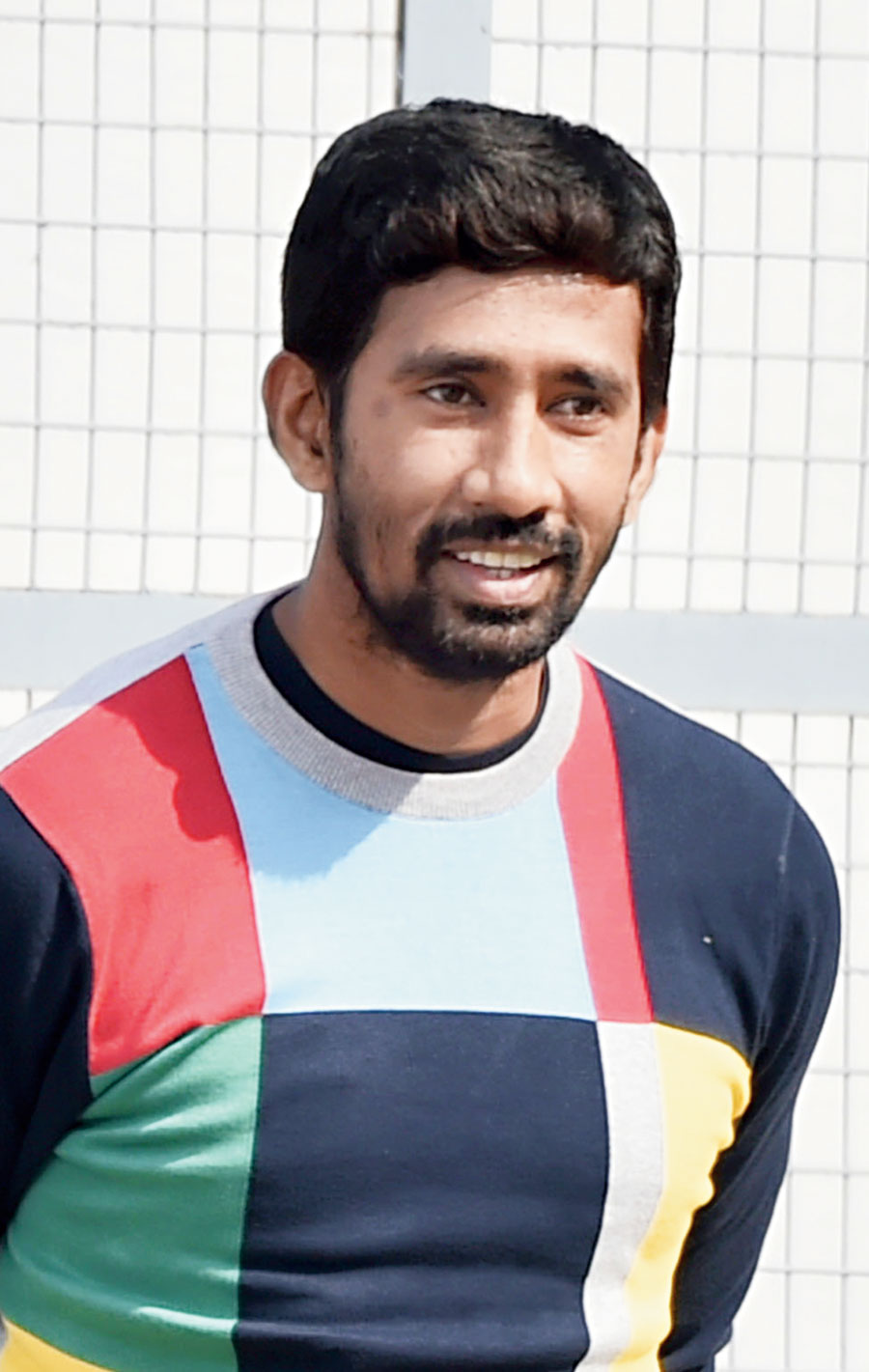 Many may feel intimidated by Australia’s jaw-dropping record in pink-ball Tests, but not Wriddhiman Saha. Interestingly, the diminutive India wicketkeeper wasn’t even aware that the Aussies have an all-win record in the seven Day-Night pink-ball Tests they have played so far.

India are set to play a four-Test series in their tour Down Under later this year, with the second game in Adelaide (from December 11-15) marked as a Day-Night pink-ball affair — the first between the two nations.

India have played a solitary Test under lights, versus Bangladesh at the Eden last November, and had won it too.

“I didn’t really know Australia have won all their Day-Night Tests so far. But I would say it all depends on who plays well on a particular day and in the overall game.

“Two strong teams will be up against each other and the one that reacts and responds better to situations will prevail. Not just in the pink-ball Test, but in the other matches as well,” Saha told The Telegraph.

India’s experience of Test cricket under lights has been with the pink SG ball, but its Kookaburra cousin is used in Australia. However, that shouldn’t be a problem as the pink Kookaburra ball is easier to deal with compared to those manufactured by SG, Saha pointed out.

“The seam of the (pink) Kookaburra ball flattens faster and it also loses its shine after a while, so in that way, things become a tad easier for batsmen. It may still vary though.

“Comparatively, it’s easier to deal with it than the pink SG balls that have a pronounced seam with extra swing and bounce… Wasn’t too easy for the batters,” Saha explained.

Agreeing that senior pacers Ishant Sharma and Mohammed Shami will be playing a crucial role with not enough game time for Jasprit Bumrah since his return, Saha emphasised the need for a combined team effort in the Test series.

“Yes, Ishant and Shami’s role will be vital. You do need someone to lead from the front. Eventually, it boils down to combined effort, which I believe will have the last say.

“We have other quicks too in our team. Even Umesh (Yadav) and Bhuvi (Bhuvneshwar Kumar) would be eager to prove a point,” Saha stated.

Saha, along with Shami, has some experience of playing with the pink Kookaburra, having dealt with it in the CAB Super League final four years ago. Would his experience with the pink ball help him get the nod ahead of Rishabh Pant, at least in the Adelaide Test? Saha is not ready to lose sleep over it.

“Well, that’s the decision of the team management. Honestly, I’m not thinking whether I’ll play that game or not. Yes, I do have the experience and if I get a chance, I’ll do my best,” he said.

While the BCCI is still working on the IPL dates, Saha feels the tournament needs to go ahead as it would give players necessary game time after a forced lengthy lay-off due to the Covid-19 pandemic. However, safety measures too have to be assured, he added.

“As players, we would want the tournament to begin as it will give us match time along with some much-needed rhythm, especially after a long break. At the same time, safety of each and every one of us is paramount. So that also has to be kept in mind.”

Asked if racist remarks are common in the IPL, especially in the context of Daren Sammy’s allegation, Saha replied: “I haven’t faced or come across such issues.”