Sunrisers remain in hunt for playoffs

David Warner's team moved up to fifth in the standings with eight points, while Royals, also on the same points, slumped to 7th with an inferior net run rate 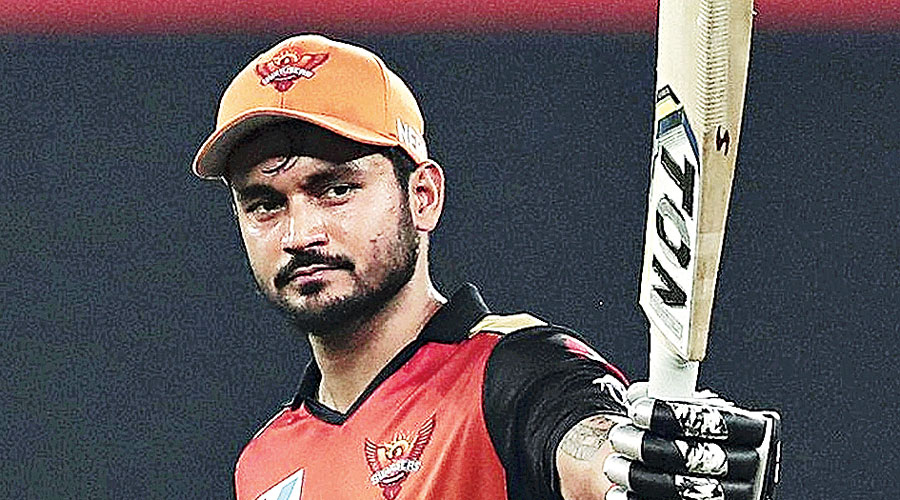 The bottom half of the IPL 2020 points table is turning out to be a snakes and ladders game with teams continuously moving up and down, oscillating between relief and despair. As Sunrisers Hyderabad romped to an eight-wicket win over Rajasthan Royals at the Dubai International Stadium on Thursday, there was yet another shuffle of positions.

Courtesy this win, Sunrisers moved up to fifth in the standings with 8 points, while Royals, also on 8 points, slumped to seventh with an inferior net run rate. Steve Smith’s Royals have played 11 matches, one more than Sunrisers, and they can now finish on a maximum of 14 points. Kolkata Knight Riders currently occupy the fourth spot — the cut-off for play-offs — with 10 points from 10 matches.

In pursuit of a 155-run target, Manish Pandey (83 not out off 47 balls) played an authoritative innings with as many as eight sixes. Vijay Shankar (52 not out off 51 balls) provided stability at the other end to take Sunrisers home with 11 balls to spare.

Earlier, after the Sunrisers rightly opted to bowl first, Jason Holder (3/32), making his first IPL appearance since 2016, rattled Royals with the wickets of Sanju Samson, Smith and Riyan Parag. Speedster Jofra Archer bowled a vicious first spell where he knocked over David Warner (4) and Jonny Bairstow (10).

While Sunrisers wobbled at 16/2, Royals captain Smith perhaps erred in not giving Archer one more mover at that stage. Manish and Shankar gradually grew in confidence as the other Royals bowlers failed to check them.