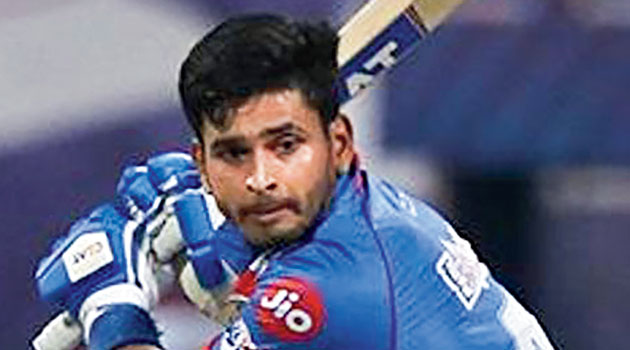 Crisis for one is always an opportunity for the rival in the world of competitive sports. And Rajasthan Royals would do good to remember that when they lock horns with Delhi Capitals, one of the strongest teams in IPL 2020, on Wednesday.

On paper, the Delhi team look to be overwhelming favourites for the clash against Steve Smith’s Royals. While Capitals have won five out of the seven matches they have played, Royals only broke free from a string of four back-to-back defeats with a nervous win in their last match.

But that’s the view from the top. The ground reality is that the Capitals were beaten comprehensively in their last game by the Mumbai Indians and they were forced to change their well set team combination, dropping an in-form Shimron Hetmyer, when regular ’keeper Rishabh Pant was ruled out for a week with a hamstring injury.

So for Royals, who now have the services of Ben Stokes too, it is perhaps just the right time to hurt Capitals, to whom they had lost the first-leg clash by 46 runs. But their top-order batting hasn’t really been confident or consistent.

Depending on Rahul Tewatia to help them out in the lower middle-order every time is certainly not a wise plan.

A strong batting line-up, comprising Prithvi Shaw, Shikhar Dhawan, Iyer, Hetmyer  and all-rounder Marcus Stoinis, has clicked for them. So has the formidable bowling unit, led by Kagiso Rabada, who has already snared 17 wickets.

It will be interesting to see if the Capitals continue to keep Hetmyer out of the playing XI. It is a difficult decision, but then nothing comes easy in IPL.