‘He is cooler than me. The all-rounder role in the team has been well played by him’ 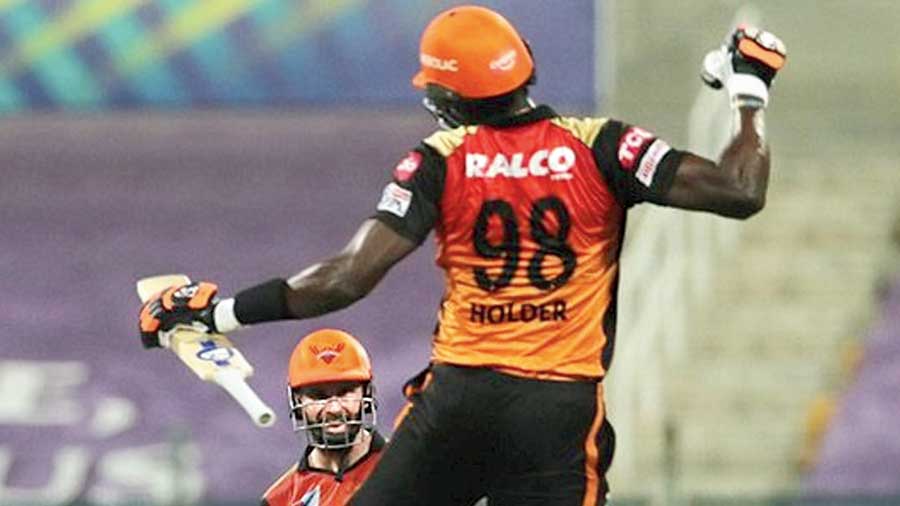 Sunrisers Hyderabad’s Jason Holder and Man of the Match Kane Williamson celebrate after winning the game against Royal Challengers Bangalore in Abu Dhabi on Friday.
PTI
Our Bureau   |   Calcutta   |   Published 07.11.20, 01:02 AM

“It was a tough game. It was always going to be, against a class side like RCB. The surface was a little tricky and chasing anything on it wasn’t easy,” Williamson, named Man of the Match for his 50 not out, said.

“With the quality of their batting, restricting them to 132 was a challenge... We had time in hand when chasing but with two world-class leg spinners it was never going to be easy. We had to try and get through their spells... It was just nice that we could get through their overs without losing too many wickets,” he said.

“The guys have been fighting hard. He (Holder) is cooler than me. The all-rounder role in the team has been well played by him,” he remarked.

RCB captain Virat Kohli blamed it on not putting up a good total.

“If you talk about the first innings I don’t think we had enough runs on the board. We made one helluva game in the second half... It is a game of margins and if Kane’s chance was taken there, it could have been a different ball game.

“Altogether they put us under a lot of pressure in the first innings. May be a bit of nerves, may be a bit of hesitation, we needed to be more expressive with the bat,” Kohli said.