After the high of beginning the IPL with a convincing win over Sunrisers Hyderabad, it turned out to be an absolutely forgettable outing for the RCB captain on the field 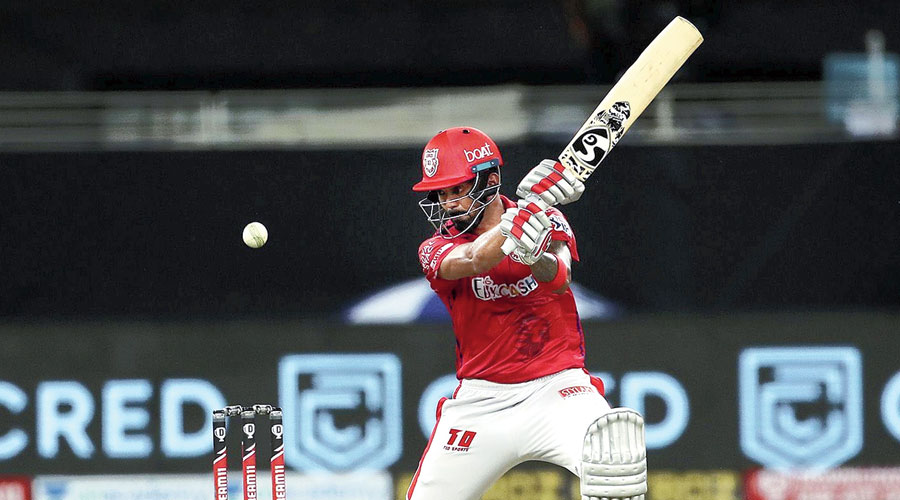 As KL Rahul butchered the Royal Challengers Bangalore bowlers, his “idol” Virat Kohli watched helplessly, stunned to the extent that he, with one of the safest pair of hands in contemporary cricket, even dropped two catches. Ironically, it was Rahul whom he dropped.

In the end, led by Rahul, Kings XI Punjab thumped Kohli’s men by 97 runs, at the Dubai International Stadium on Thursday.

Rahul (132 not out off 69 balls), albeit aided by the two reprieves he had late in the Kings XI innings after they were put in to bat, played one of his finest knocks at this level, smashing 14 boundaries and seven maximums that powered his team to 206/3, a total that didn’t look quite possible after the 15th over, especially when they lost power-hitter Glenn Maxwell, who was once again dismissed cheaply.

But Rahul took the onus upon himself and unleashed his fury on the opponent bowlers. The last two overs of their innings yielded Kings XI as many as 49 with Rahul alone hammering 42 of those.

In reply, all that Royal Challengers could manage was a paltry 109 in 17 overs. Their hopes had faded to a large extent when Sheldon Cottrell and Mohammed Shami had them reeling at 4/3 in the third over, and that too with skipper Kohli back in the dugout having scored just one.

After the high of beginning the IPL with a convincing win over Sunrisers Hyderabad, it turned out to be an absolutely forgettable outing for Kohli on the field. 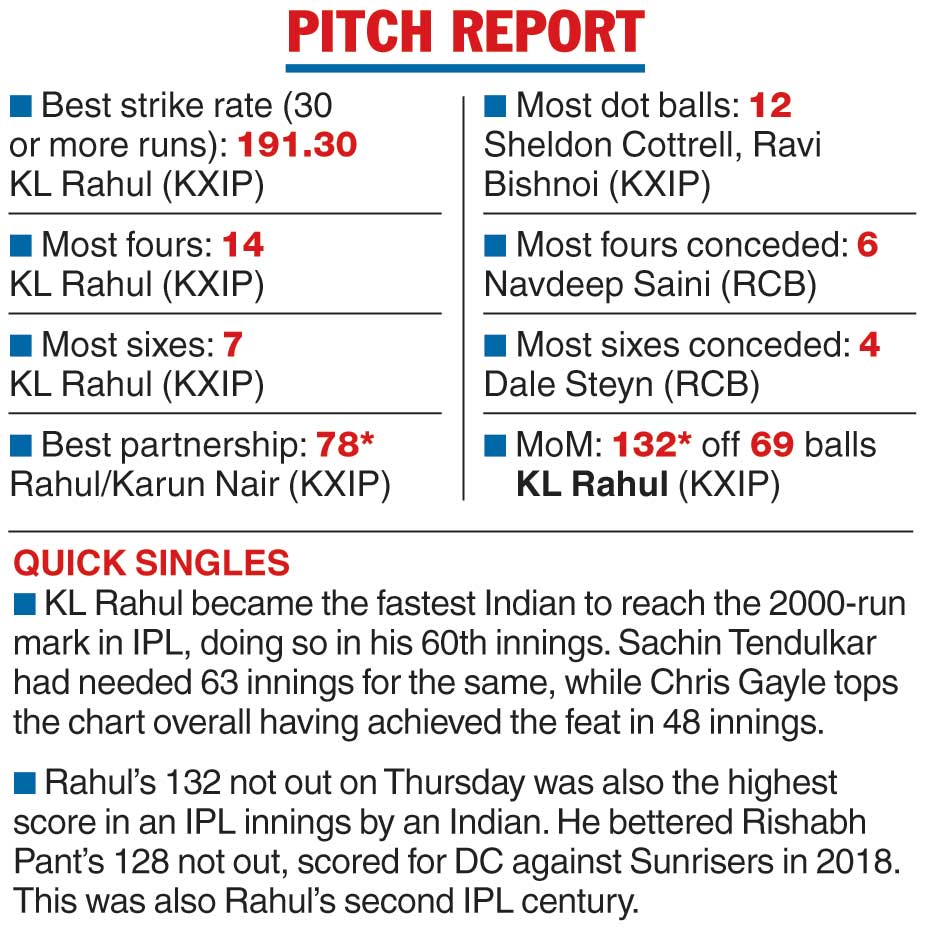 Off the field earlier in the day, Kohli had a virtual interaction with Prime Minister Narendra Modi about how the Yo-Yo tests helped Indian cricketers aim for higher-level fitness.

Modi was interacting with fitness experts and influencers from across the country to mark the one-year anniversary of the ‘Fit India Movement’. The Prime Minister also jested with Kohli during the interaction, saying the skipper’s dedication towards fitness and maintaining a healthy diet have brought great loss to Delhi’s chole bhature sellers.

But later in the evening, the loss was all Kohli’s. Before completely miscuing one off the bowling of Cottrell during the Royal Challengers’ reply, he shelled two relatively easy catches to let Rahul off in the 17th and 18th overs of the Kings XI innings. And then rubbing salt to Kohli and his team’s wounds, Rahul launched that assault in the last two overs that gave Kings XI a huge momentum.

Even someone of Dale Steyn’s stature was clobbered for 26 in the penultimate over of the Kings XI innings, with Rahul scoring each of those runs. Shivam Dube then went for 23 in the final over, with Rahul finishing the innings with back-to-back sixes.

Royal Challengers certainly needed another brisk start from their openers Devdutt Padikkal and Aaron Finch. But Cottrell’s pace turned out to be tougher to deal with for young Padikkal, who could last only two balls on this occasion.

Shami made fine use of the seam at the other end and had no problems whatsoever to pick up promising Aussie keeper-batsman Josh Philippe — promoted up the order to No. 3 — trapping him leg-before.

After Kohli’s departure, Finch and AB de Villiers had an Everest to climb. De Villiers did try and put up a resistance, but Kings XI’s leg-spin duo of Ravi Bishnoi (3/32) and Murugan Ashwin (3/21) ensured they kept tightening the screws. Both Bishnoi and Murugan relied mostly on the googly, which helped them account for Finch and De Villiers, respectively.

“I have to stand in front and take the brunt of it. (Dropped chances) Cost about 30-40 runs. If we had restricted them to 180, we wouldn’t have felt the pressure to have a go from ball one.

“There are days when you have these things happening... Just have to accept them,” Kohli said at the post-match presentation.