In starring role, stars of future

First-timers who made an impact in this IPL 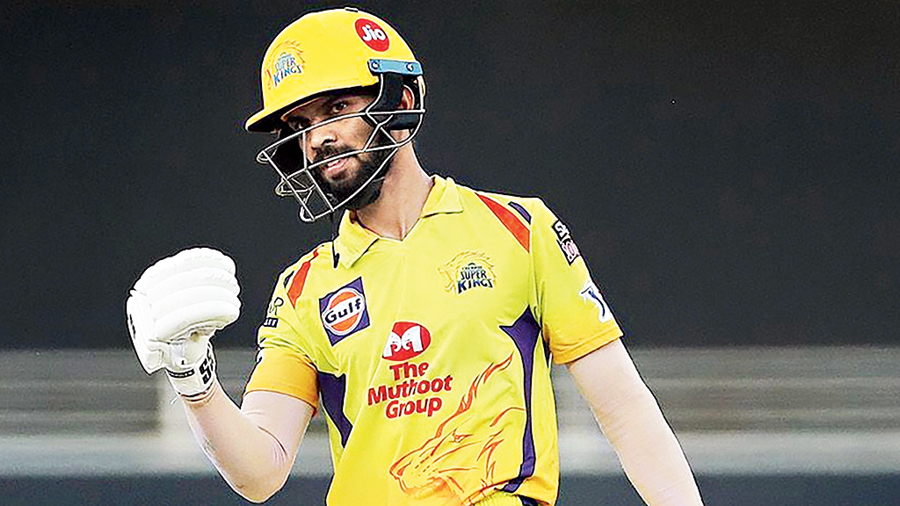 The IPL, since its inception in 2008, has unearthed the country’s promising youngsters with some of them even turning out to be game-changers for their teams in the long run. Circumstances were different this time around owing to the pandemic, with the bio-bubble too bringing along its share of challenges. Yet, there were a few who impressed in their debut season, while some promised a lot but couldn’t quite live up to expectations.

Covid-19 struck Ruturaj Gaikwad soon after he reached Dubai with the rest of the Chennai Super Kings squad. And when he was drafted into the XI, nought and five were his scores in his first two matches, after which he got his next chance almost a month later. In that game too, versus Mumbai Indians at Sharjah, he couldn’t even get off the mark. The Super Kings team management, however, reposed faith in the top-order batsman who not just made amends, but bounced back in style to hit three consecutive half-centuries when promoted to open, thus becoming the first uncapped Indian to do so in the IPL. The Super Kings’ chances of making the playoffs were already over when Ruturaj got going, but his performances underlined that even in T20 cricket, one can play big knocks riding purely on proper cricketing shots. And more importantly, he proved to his captain Mahendra Singh Dhoni and the coaching staff of the team that among the young players, he at least had the much-needed spark.

“When it comes to being a match-winner, I think Gaikwad has ticked the box. He had a poor start to the tournament, but he came back really well to show what a good temperament he has,” Amre emphasised.

For a newcomer to not just finish as the top run-getter of his team, but also outscore greats such as AB de Villiers and Virat Kohli speaks volumes of his talent and abilities. Since his maiden IPL game, the left-handed opener has not only been impressive but also tried his best to make optimum use of the Powerplay. His aerial shots, especially those over the cover and extra-cover region, were a treat to watch. May be a bit of stability regarding the other opener’s slot could have helped him fare even better. He did have an established opening partner like Aaron Finch, whose guidance from the other end was crucial to his success in the early stages of the IPL. But Finch’s indifferent form cost him his place in the XI. That didn’t seem to have much effect on Padikkal’s game as even with Josh Philippe — another debutant — he did his best to try and form a solid combination at the top. His batting aside, Padikkal has also been a livewire on the field, making electrifying saves and taking some excellent catches. Very rightly he was chosen Emerging Player of the Year.

“Padikkal was outstanding. For a player to score over 400 runs in his maiden IPL, there must be something special about him,” former India middle-order batsman Pravin Amre said.

Rajasthan Royals quick Kartik Tyagi’s figures aren’t very impressive at first glance. But it’s creditable for a 20-year-old to be preferred in more matches in his maiden IPL, especially when his team comprises bowlers with much more experience than him. Tyagi’s figures, more so his economy rate, do suggest that he was expensive in most of the games. But the eagerness with which he operated, always being on the hunt for wickets by focusing mainly on yorkers and bouncers regardless of the situation, hasn’t gone unnoticed. That he was chosen as one of the standby pacers for the Australia tour does indicate that he has impressed quite a few people.

Ravi Bishnoi’s figures may not look outstanding, but the leg-spinner deserves credit for being able to finish as Kings XI Punjab’s second highest wicket-taker in his maiden season. Only Mohammed Shami (20) has more wickets than him among the other Kings XI bowlers in this IPL. The googly, which he relies a good deal on, caught most batsmen — even the well-established ones — off guard. The googly is Bishnoi’s go-to ball and it did bail him out on a few occasions.

“Bishnoi is more suited for the shorter versions,” observed former chief selector MSK Prasad. “To make a case for himself in the longest format, he has to play more first-class games and focus on consistency.”

Pacer Kamlesh Nagarkoti, 20, did finally debut with Kolkata Knight Riders keeping faith in him. Having impressed in a few matches, he’s again back to working on his bowling workload management. Priyam Garg, 19, of Sunrisers Hyderabad, 18-year-old Yashasvi Jaiswal — top scorer of this year’s U-19 World Cup — and Akash Singh, also 18,(both Royals) and Ishan Porel, 22, were also part of the competition for the first time. While Garg had only an unbeaten 51 to show, despite getting ample opportunities, Jaiswal could play just three games, while Akash and Porel didn’t even get a chance.

Porel, however, has been luckier as he too has been selected as another standby pacer for the Australia tour.