The duo have never been on-field rivals, but that hardly matters for the New Zealander 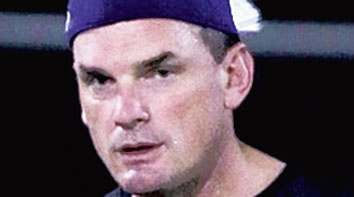 Kyle Mills played international cricket for three more seasons after Pat Cummins made his debut in 2011. The duo have never been on-field rivals, but that hardly matters for the New Zealander.

Mills, the current bowling coach of the Kolkata Knight Riders, is concentrating on the positives that Cummins brings to the group and the way he could inspire the young quicks in the side.

The Aussie speedster also evokes the “fear factor” for the opposition, considering how he has been bowling since his comeback to international cricket, Mills emphasised.

“Pat’s a very good cricketer. He came on the scene very young, picked up a lot of injuries and was out of the game for quite some time. But obviously, he went away and made himself fit and got focused, and turned himself into a No. 1 (Test) bowler. And we have got him at his peak... at his prime,” Mills told The Telegraph from Abu Dhabi.

“Pat has a good 18 months or two years at the top of world cricket and I certainly feel he’s still there without any question. He brings a presence to this group and he also brings fear factor for the opposition because they know he is the premier fast bowler in world cricket right now. That’s not just exciting for us, but also something for our young bowlers to look up to,” the former New Zealand pacer, who played 19 Tests, 170 ODIs and 42 T20Is, stressed.

Cummins’ story and how he bounced back after being laid low by injuries time and again is a perfect example for KKR’s young pace brigade, particularly Prasidh Krishna, Kamlesh Nagarkoti and Shivam Mavi, Mills believes.

“I really enjoy working with young cricketers, for I always find they’ve got more scars. Quite often even experienced cricketers also have scars, and whether they have learnt from those and then made amends in their careers determines if they can become great cricketers.

“Pat has been through so many ups and downs — in terms of form, injuries — and now he is the No. 1 (Test) bowler in the world and has been amazing in the past 24 months. Young guys can learn a lot from him. It’s early days in their careers,” Mills said.

Like Cummins, all-rounder Andre Russell too is expected to play a pivotal role for the two-time champions. Mills, however, reminded that it’s important to manage Russell’s workload and not put much pressure on his shoulders.

“We all know big Andre carried a few niggles last year. He is so important to the group in terms of batting, bowling and fielding. He is a great fielder as well. But we need to manage his workload and shouldn’t put too much on his shoulders... Because if you do that, people break. We need to keep him fresh and in the zone.”

Talking about Kuldeep Yadav, who would also play a crucial part on the slow wickets in the UAE, Mills feels bigger boundaries in Dubai and Abu Dhabi could make matters easier for the left-arm spinner.

“Just like any cricketer who comes in the breakout season, people become aware of your strengths and weaknesses. They research and work out what you can and can’t do. So Kuldeep has been going through those challenges and it’s a good time for him to make a mark again.

“Barring Sharjah, Dubai and Abu Dhabi grounds have bigger boundaries than the ones in India. I think that will help Kuldeep,” Mills said.