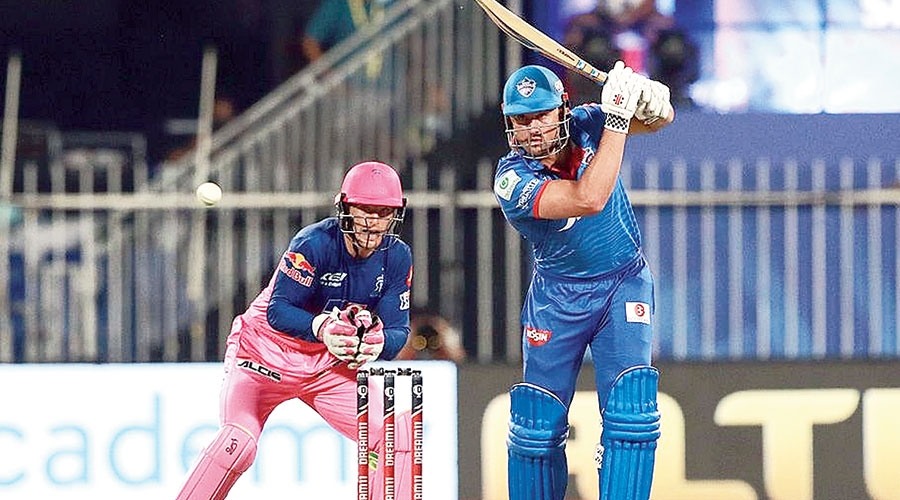 Rajasthan Royals, like Kings XI Punjab, seem to be trapped in a whirlpool of defeats, while Delhi Capitals are blowing away oppositions like a fiery hurricane.

On Friday, Capitals crushed Royals by 46 runs in Sharjah to register their fifth win in six matches. For Steve Smith’s Royals, it was their fourth defeat on the trot after beginning IPL 2020 with two wins.

The chase got off to a wobbly start with star recruit Jos Buttler falling in the third over for just 13. Interestingly, it was Ravichandran Ashwin who dismissed the Englishman, though this time it was not a case of “Mankading”. Buttler’s attempted heave over midwicket ended up in Shikhar Dhawan’s hands at square leg.

Royals captain Steve Smith (24 off 17 balls) was looking good during his stay at the crease, but was caught by a diving Shimron Hetmyer between deep square leg and midwicket off Anrich Nortje. With young Yashasvi Jaiswal failing to keep up pace with the required run rate, the scoreboard pressure brought about the Australian’s downfall.

Jaiswal, of U-19 World Cup fame, did play a couple of good shots later, but his 36-ball 34 was not what the Royals needed on Friday.

Much was expected from Sanju Samson (5), more so because he was back at the ground where he played two blistering knocks — 74 off 32 balls and 85 off 42 balls — in the initial phase of the tournament. But he perished, caught Hetmyer bowled Marcus Stoinis, trying to clear the short boundaries at Sharjah.

The Royals’ innings was in tatters soon, reduced to 90/6 in the 14th over. Royals’ miracle man Rahul Tewatia was still at the crease at that point, but then miracles don’t happen everyday. He tried his best though with a 29-ball 38.

Ashwin had a fantastic outing with the ball, picking up two wickets giving away just 22 in his four overs. Capitals’ pacers — Kagiso Rabada, Nortje, Stoinis and Harshal Patel — too were disciplined.

This, by the way, was the lowest first innings total in Sharjah this season.

Desperate to snap their three-match losing streak, Royals opted to field and the bowling unit delivered with Jofra Archer (3/24) being the best of the lot.

Thanks to Hetmyer, who smashed a 24-ball 45, the Capitals posted a competitive total.