Bowlers make it count for DC 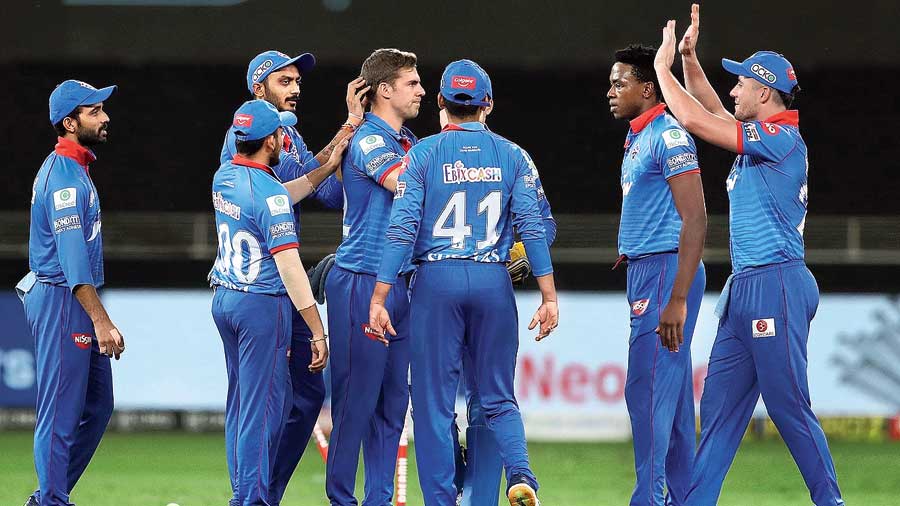 Disciplined bowling can help a team win T20 matches even if their batsmen are unable to put up big totals on the board. Delhi Capitals proved it once again, this time beating Rajasthan Royals by 13 runs, defending 161 runs, at the Dubai International Stadium on Wednesday.

The Royals had the game in control when they needed only 39 off the last five overs with five wickets in hand. And to make matters worse for themselves, the Capitals gave the in-form Rahul Tewatia a reprieve off the first ball he faced when Anrich Nortje dropped an easy catch at fine leg.

But Nortje (2/33) later made amends for that dropped chance with solid backing from Ravichandran Ashwin and Kagiso Rabada as the Royals could manage only 25 off those last five overs. Ashwin, who earlier foxed Royals captain Steve Smith, bowled a fantastic 16th over, conceding only two singles and bottling Tewatia up with four dot balls.

That put some pressure back on the Royals as in the next over, Rabada gave away only eight. Nortje pegged the Royals back further by cleaning up the set Robin Uthappa with a yorker at 149.7 kmph.

The Royals still believed they could pull it off as Jofra Archer too has proved his power-hitting skills in earlier games. But Rabada was just too good for Archer.

Debutant Tushar Deshpande (2/37), who took a pounding earlier in the innings, held his nerves in the final over as the Capitals wrapped things up and moved back to the top of the standings with 12 points. The Royals are now second from bottom with six points.

Earlier, half-centuries from Shikhar Dhawan (57) and captain Shreyas Iyer (53) laid the foundation for the Capitals reaching a par score of 161 for 7 after they won the toss and opted to bat first. The start was a dreadful one, as Archer (3/19) reduced them to 10 for 2 in two overs, but fortunately, Dhawan and Iyer stood firm.

In reply, Ben Stokes and Buttler got the Royals off to a flier, with Buttler being severe on Deshpande and Nortje. The South Africa quick went for as many as 16 off the first five balls of his very first over, but Nortje showed he has a strong mindset when he knocked over Buttler’s stumps with a perfect length.

That was just the spark that Nortje and the other Capitals bowlers needed.