One among Royal Challengers Bangalore and Delhi Capitals, who play each other on Monday and are locked on 14 points each, are sure to finish in top two alongside Mumbai Indians 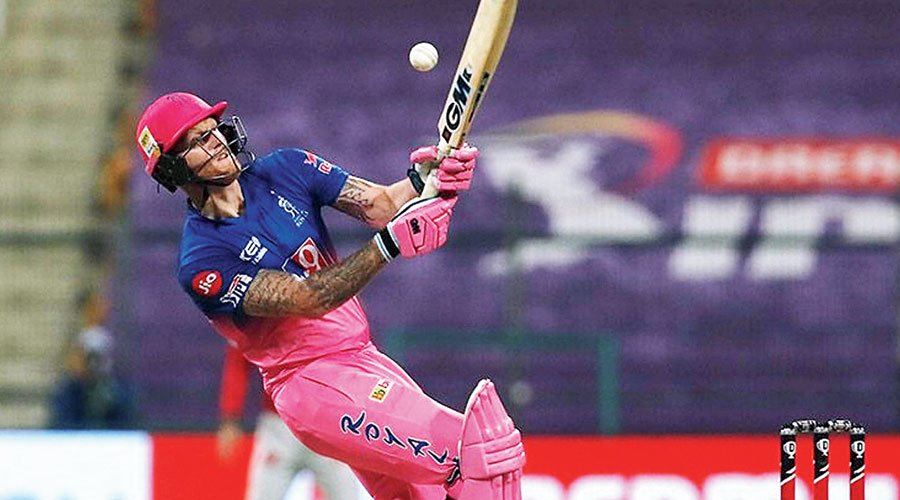 It’s a crowded bus, the vacant seats are limited, and the passengers are too many. That’s how the situation is in IPL 2020, after Rajasthan Royals registered a commanding seven-wicket win over Kings XI Punjab on Friday.

The result means that one among Royal Challengers Bangalore (RCB) and Delhi Capitals (DC), who play each other on Monday and are locked on 14 points each, are sure to finish in the top two alongside Mumbai Indians.

So two more playoffs spots will be on offer. The suitors for that as of Friday night are — one among DC and RCB; Kings XI, Royals and Kolkata Knight Riders (all on 12 points each) and Sunrisers Hyderabad (10 points).

Things could have been a little different had Kings XI, who were on a five-match winning streak, won on Friday. It seemed they would after Chris Gayle’s breathtaking 63-ball 99 (6x4, 8x6) helped them post 185/4 in 20 overs. Gayle completed 1000 sixes in T20s during his innings. Kings XI captain KL Rahul too continued with his good form making 41-ball 46.

But the determined Royals came out all guns blazing. With every match, Ben Stokes is showing why he is such a precious player.

The English all-rounder, after taking two wickets with the ball, set the tempo of the chase with a 26-ball 50 opening the innings.

Sanju Samson, 48 off 25 balls, followed it up with some stunning stroke play before the Royals finished it off in style, in just 17.3 overs, with the big guns, captain Steve Smith (31 not out off 20 balls) and Jos Buttler (22 not out off 11 balls), making it look extraordinarily easy.