India vs England: Spin hope for turn in fortunes 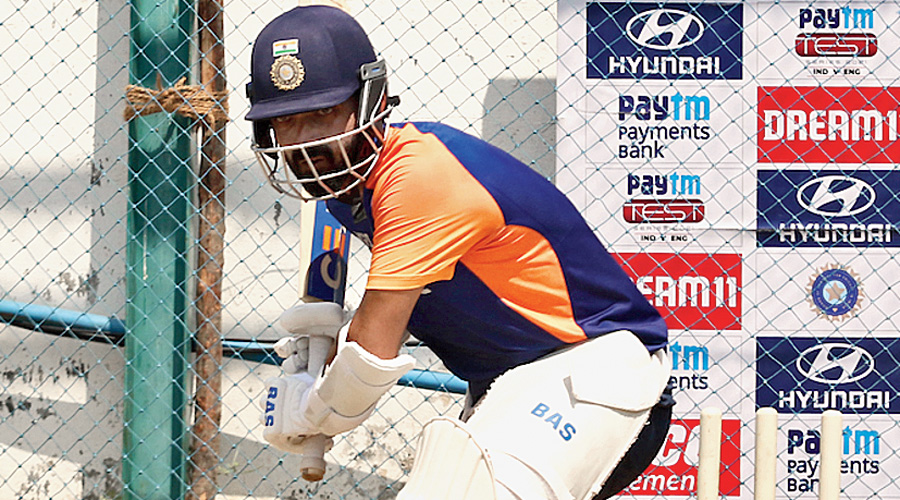 A fair bit was said by the Indian camp regarding the Chepauk pitch being too flat over the first couple of days of the opening Test. The hosts were also annoyed with the quality of the SG balls in use for that game, which they lost by 227 runs.

Not enough time was available to make changes in terms of the balls. But make no mistake, the pitch is set to be drastically different as action resumes on Saturday with the second of back-to-back Tests at Chennai’s MA Chidamabaram Stadium.

England wicketkeeper-batsman Ben Foakes had earlier predicted a “tricky” wicket with the ball most likely to turn much earlier than when it actually did in the first Test. That was borne out by India vice-captain Ajinkya Rahane’s match-eve assertion that a rank turner is on the cards.

“The pitch looks completely different. I’m sure it will turn from Day I,” Rahane said during a virtual media interaction on Friday.

India can draw inspiration from their recent tour of Australia where they triumphed after being down 1-0. If they can turn things around with a depleted side in an away series, they can dictate terms at home with most of their ace players back.

For that to happen, though, they first need to get their combination right. The Indian XI will obviously have one change with Shahbaz Nadeem back among the list of standby players, while Axar Patel has recovered from issues in his left knee and is available for selection.

But will effecting just one change — Axar coming in for Nadeem — be good enough for the hosts? Or do they need to slot in Kuldeep Yadav too, considering he could make a difference with his left-arm wrist-spin on such a surface?

Will Washington Sundar be persisted with when Ravichandran Ashwin is already there? Should the batting line-up remain unchanged? India may need to think of some of these issues.

“Everyone’s in the mix,” said Rahane when asked about the team combination. “All our spinners are really good and if given a chance, they will all do really well.”

As for England, they continue with their rotation policy as keeping the two forced changes aside — Jofra Archer (elbow discomfort) and Jos Buttler — they have also rested James Anderson and the promising Dom Bess, bringing in Stuart Broad and Moeen Ali. In Archer’s place, either all-rounder Chris Woakes or pacer Olly Stone would be preferred.

Whether the visitors are being too bold in their decision-making will only be known with the outcome of the game.

‘Form not a worry’

Rahane hasn’t been among the runs since that series-defining century in Melbourne in December, with a top score of 37 in six innings after that.

He isn’t too worried though.

“It’s all about the team and not any individual, and my focus is how can I contribute to the team’s cause,” Rahane said.