Advertisement
Home / Sports / India have got bowlers who can win Tests in all conditions, says Dawid Malan

India have got bowlers who can win Tests in all conditions, says Dawid Malan

"I think Virat, the way he goes about his business, he is very infectious and you know he drags a lot of people with him" 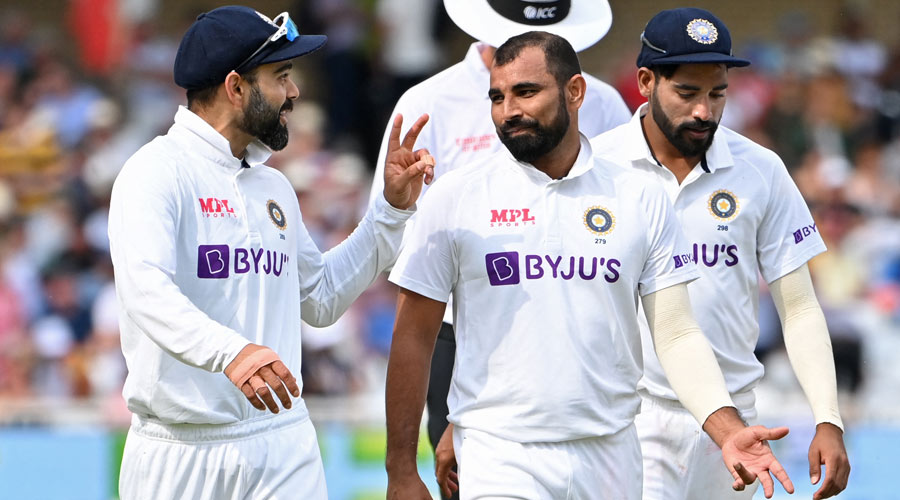 In awe of India's in-form bowling attack, swashbuckling England batsman Dawid Malan on Tuesday said the "well-led" visiting team has got the firepower to win Tests in all conditions. The two teams will clash in the third Tests starting here on Wednesday with India leading 1-0 in the five-match series.

"I think they (India) are very well led; I think Virat (Kohli), the way he goes about his business, he is very infectious and you know he drags a lot of people with him," Malan said in the pre-match press conference.

"They (India) have also got a lot of depth not only in their batting but in their bowling as well, they have got bowlers that can win Test cricket in all conditions.

"...they just have a lot of depth and they are fantastic competitors," added the 33-year-old Malan, a left-handed top-order batsman, who has been recalled to the Test team. Malan last played a Test against India at Birmingham in August 2018.

The hosts are down 0-1 after losing the second Test at Lord's by 151 runs, with the Indian pacers led by Mohammed Siraj wreaking havoc. England skipper Joe Root on Monday had said that the addition of Malan will bolster the top-three of his side and hopefully it will result in a good outcome, in the third Test.

Malan has scored 724 runs from 15 Tests after making his debut against South Africa in 2017. Asked specifically whether he has a different approach and the challenges he has faced while batting at number three Malan said, "It is actually not something that I have done a lot in my career in red-ball cricket, I might have done it 25 or 30 times. I try and play the same way, however, I play."

"I try and defend late, I try and leave as far as I can and try and put the bad ball away and I don't think that changes much in the position," he explained.

"If they bowl me 30 good balls and I manage to survive those 30 good balls then hopefully in the next 30 you get some bad balls...I just walk and play the same way as I would be batting at four, where I have batted the majority of my career and hopefully what I have is good enough to succeed," he signed off.