Less than 24 hours before the start of the first Test against Sri Lanka, England still undecided on the starting XI 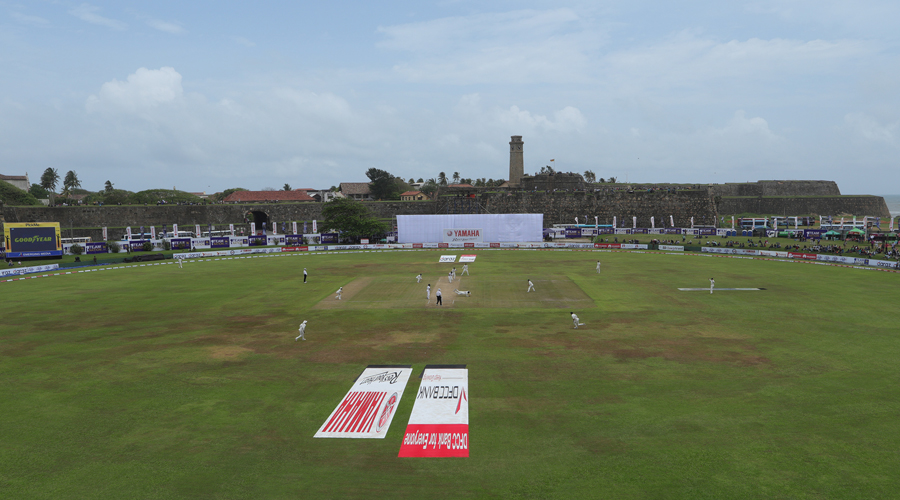 Captain Joe Root suggested seam could play a bigger role on what is traditionally a pitch that takes plenty of turn.
Twitter / @englandcricket
Reuters   |   Galle   |   Published 14.01.21, 04:01 AM

Wet weather and the potential for a more seamer friendly wicket means England are in no rush to name their bowling attack for the first Test against Sri Lanka starting in Galle on Thursday, captain Joe Root said.

Less than 24 hours before the start of the two-match series, Root said they were still undecided on the XI, and suggested seam could play a bigger role on what is traditionally a pitch that takes plenty of turn.

“There has been quite a lot of rain over the last few days so we want to make sure we are clear on the starting XI, and make sure we have the best tools for these conditions and the surface,” Root told reporters on Wednesday.

“Throughout the winter (Test tours to Sri Lanka and India) we will exploit pace as a tactic in these conditions, whether it is reverse swing or a more hostile spell of bowling. It can be very effective.

“With this kind of wet weather around, seam might play a bigger part than has been spoken about previously.”

Experienced Sri Lanka batsman Angelo Mathews, who missed their recent trip to South Africa due to a hamstring injury, has returned to the Test side. The 33-year-old was named in the 22-man squad.

Sri Lanka suffered a spate of injuries during their two heavy defeats in South Africa. Dimuth Karunaratne’s side will also welcome back Dinesh Chandimal and pacemen Suranga Lakmal and Lahiru Kumara against England.