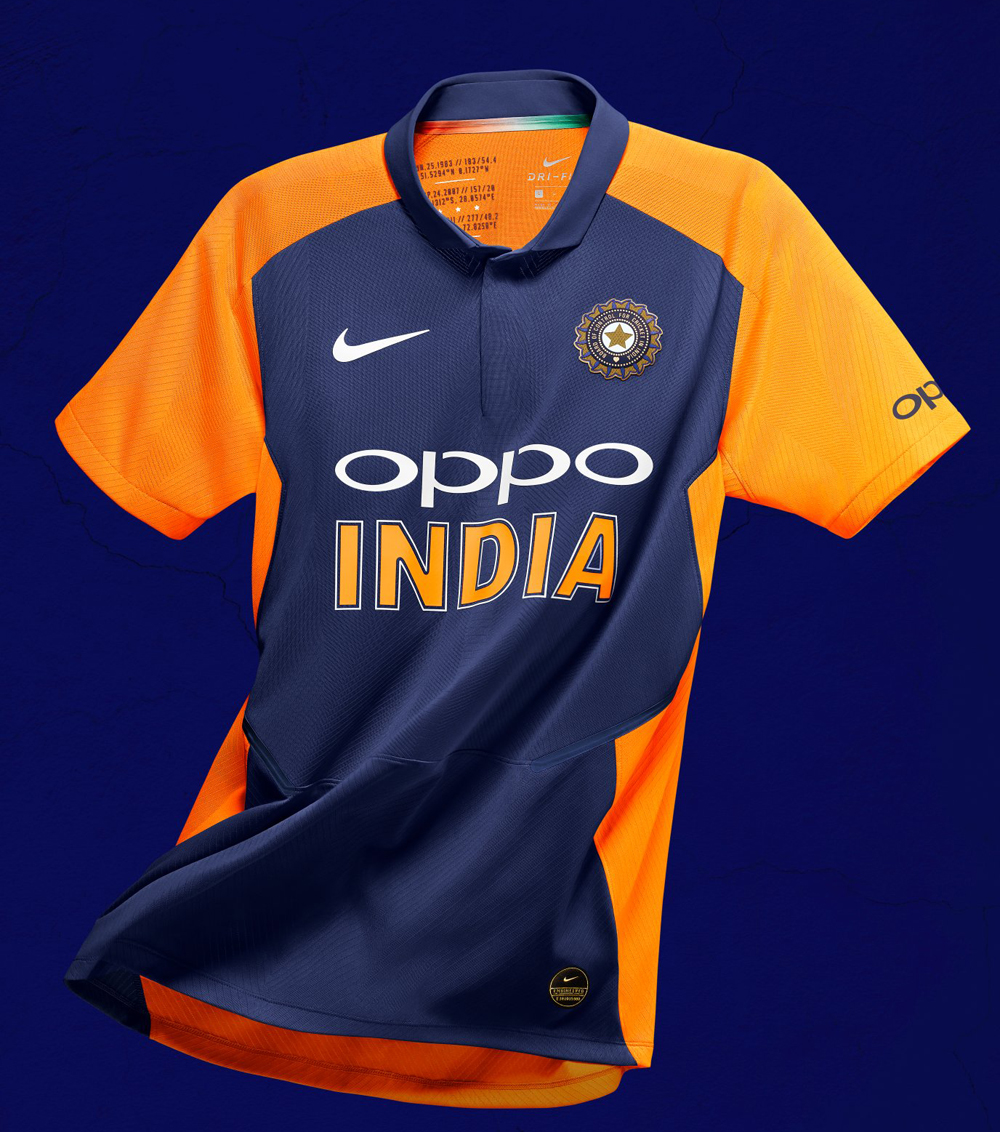 India has unveiled its orange “away” kit for the ICC Cricket World Cup 2019, sparking a debate on the choice of colour by the Board of Control for Cricket in India (BCCI).

Presenting #TeamIndia's Away Jersey 🤩🤩🇮🇳🇮🇳 What do you make of this one guys? #TeamIndia #CWC19 pic.twitter.com/TXLuWhD48Q

The change of colours was necessitated by a change in International Cricket Council’s (ICC’s) rules. The rules state that in case team kits of the playing teams are of the same colour, the “away” team will wear alternate colours. Afghanistan, India, Sri Lanka and England wear blue jerseys, hence the need to make a distinction. In the clash with India, Afghanistan had sported its red and blue “away” kit in accordance with the ICC directive.

Yuzvendra Chahal was seen showing off his new jersey:

A source in the ICC told news agency ANI that BCCI had been given multiple options for the new kit. The Indian cricket administrators picked orange to connect better with fans, who are already familiar with the team’s T20 jersey which has the colour. The BCCI did not want to choose a colour that fans won’t be able to identify with.

Teams such as New Zealand, Australia and West Indies are exempt from the ICC rule because they wear distinct colours that no other teams put on.

The Indian team will be seen wearing the new jersey on June 30 in their match against England.

Twitter, of course, was quick to make some quirky remarks on the new jersey:

These new jerseys are amazing! But glad they're only for this one game coming up. #BleedFuel #INDvENG #CWC19 pic.twitter.com/xHIRTU9gSX

I like the new Indian team jersey, but am wondering why cricket needs an "away" jersey. The guys with the bat are batting team. Rest are bowling team. Difficult to get confused, no?

Why does Indian team jersey look like a petrol pump wali uniform? pic.twitter.com/SBQb3uMT6S

Folks, please do not politicise everything. No one has a monopoly over orange, green and white.

Some were still confused:

The choice of colour wasn’t without controversy. Opposition parties including the Indian National Congress (Congress) and Samajwadi Party (SP) saw this as an attempt to “saffronise” the country’s cricket team.

“It will be better if the jersey is based on the Tricolour,” Samajwadi MLA Asim Azmi said.