Advertisement
Home / Sports / I do not worry about any bowler, bowlers worry about me: Andre 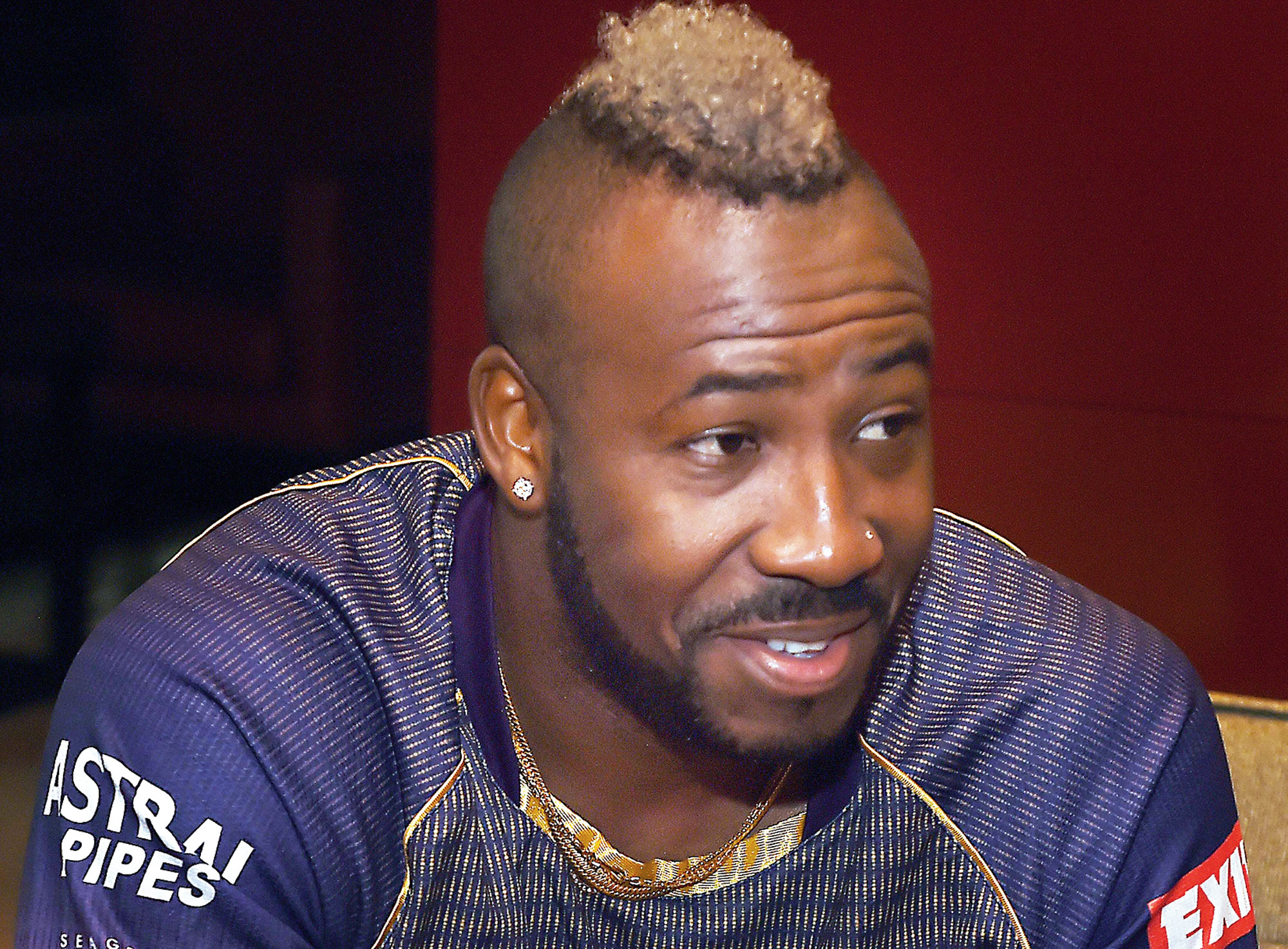 Andre Dwayne Russell, a most sought-after blaster in the T20 format, spoke to The Telegraph some hours before being struck on the left shoulder during the Kolkata Knight Riders’ nets in preparation for Friday’s showdown with the Royal Challengers Bangalore.

Blaster Andre has, by the way, already smashed 30 sixes in IPL XII. They’ve been coming to him as easy as singing and dancing.

An integral part of the Knights’ campaigns over the past few years, the 30-year-old Andre is expected to play a key role for the West Indies in the upcoming World Cup.

Q Have the bowlers moved a mercy petition before you?

A (Grins) Every day is a new day, every game is a new game... There will always be someone wanting to get me out, so I have to not only survive but try and score for my team. That’s my job.

Q Going by your track record, you’re never merciful but ruthless all 365 days of the year...

A I play one way, it’s all about being positive. I am ruthless... I don’t say ‘okay’ and, then, ease up on some bowler. I always want to do something good for the team and keep myself going as there will be days when I’ll struggle. Struggles and bad patches come along, so when on top, make sure you stay on top.

Q What has made you such a phenomenal striker of the white ball? Surely, it cannot only be sharp hand-eye coordination...

A Yes, not just that... Your base, the balance, the arms... Being strong, you know... It’s a lot of things... When I hit the ball 110 metres it’s a six, it’s also a six if the ball drops just over the rope. The fun thing about this sport is that I’m trying to raise the bar in terms of big sixes... The bigger, the better. Fans like to look at a ball which travels some distance. That’s what I like as well. When I strike the ball, I want it to be a big six. Such sixes give me a high... Believe me, I didn’t like it when I mistimed against Imran Tahir (of the Chennai Super Kings) the other day and was caught... I didn’t like it when a guy like Tahir went running all over the place by way of celebration. It wasn’t a good feeling. As a batsman, I don’t like seeing bowlers getting the chance to do that... I try and make sure I’m in control of things.

Q How do you park yourself in the ‘zone’ of comfort?

A I stay as calm as I can and prefer watching the TV, so that I have a good idea of the conditions and to see if the bowlers are getting reverse swing or spin... For me, that’s important and, mentally, I adjust my game when I take strike.

Q So, your basic preparation is...

Q Is any asking rate impossible for you?

A It’s never over until it’s over... It’s not that I’ll give up if it’s a huge ask in the last two overs. I’ll keep trying. Even 18 an over in the last two is gettable as long as I’m at the crease. I back myself to that level and I’m a confident person... Power is my strength.

Q You have a 169.00-plus strike rate in T20s, but has there actually been a bowler who has made it difficult for you?

A I do not worry about any bowler, bowlers worry about me! I’m not afraid to get out, I’m not scared of failure. If you’re afraid of getting out, you’ll play half-hearted shots. That’s not me, please... Sure, you cannot remain not out in every game and, because you go for shots in the T20 format, you do run the risk of getting out... I put in my all in whatever I do... The bowler doesn’t have to bowl a bad ball for me to hit him for a six.

Q I suppose not having the fear of failure makes it easier...

A As I’ve said, I’m not afraid of failure. If I get out on a certain day, it won’t be the first time that I’ll be getting out. It also won’t be the last time either... Everyone is improving and the game itself is evolving.

A I’ve always admired Chris Gayle, who continues to show that he’s the Universe Boss... I’m not at his level yet... However, I’m doing my thing and climbing up the ladder. But it’s Chris who is the man still and I’m just trying to follow in his footsteps. Chris knows what his strengths are and, indeed, plays to his strengths. He’s been hitting the ball so cleanly and so consistently. For years.

A Wherever the team needs me.

Q Besides fellow-Jamaican Gayle, is there another batsman you admire?

A AB de Villiers and Virat Kohli... I’ve seen the extraordinary transformation in Virat’s cricket in the last few years... He has changed a lot of things... Diet, for one. The way Virat goes about preparing himself, well, he does work hard... If your mindset is right and the body in the best condition, then you have less chances of injury... To talk of AB... He could be off cricket for two-three months, but would immediately deliver on getting back... Would get a hundred... AB has all the shots and is so creative.

Q What has been the Knights’ role in your attaining this position of eminence?

A The franchise has shown such faith over the years. It’s a team where you don’t need to worry about getting dropped for the next game... Worrying on that count would dent your mind... The Knights have given me the confidence to back myself and go for my shots. Even if I fail, I know I’ll still figure in the XI.

Q Dinesh Karthik, the Knights’ captain, spoke so highly of you in his interview to me a couple of days ago. What do you have to say?

A It’s a big thing for somebody like DK to heap praise, I’m thankful to him... I’d never imagined things would be like this, that I’d be looked at as someone of big stature. There’s humbleness within me... I don’t see myself as big... One moment you’re up, the next you could be down, so I never say I’m a great or something on those lines. I allow the fans to say that, if they so wish.

Q You haven’t played for the West Indies after last August...

A Everything was good till I took the Synvisc-One injection to lubricate the knees during the PSL (while playing for the Multan Sultans). It works as a shock absorber and many athletes take it to keep their knees fresh and nice... I took the injection the day before I flew home and, on landing in the Caribbean, found I couldn’t walk. Took me a few weeks to recover... In fact, the inflammation was still there when I arrived in Calcutta for the IPL.

Q Excited that the World Cup is less than six weeks away?

A Of course. Everyone is pumped up.

Q Could the West Indies get it right this time?

A If the best team is there, definitely... For sure... There are no easy games in a World Cup and it would come down to doing the right things at the right time.

Q To conclude... How would you describe yourself as a person?

A (Softly) I never get ahead of myself, stay down to earth... I don’t walk around thinking I am so-and-so. I’m aware that in sport there will be good times and bad... I’ve already told you I’m a confident person and take responsibility and ownership... As a person, I never say much. You have to know me to learn how I go about my life.