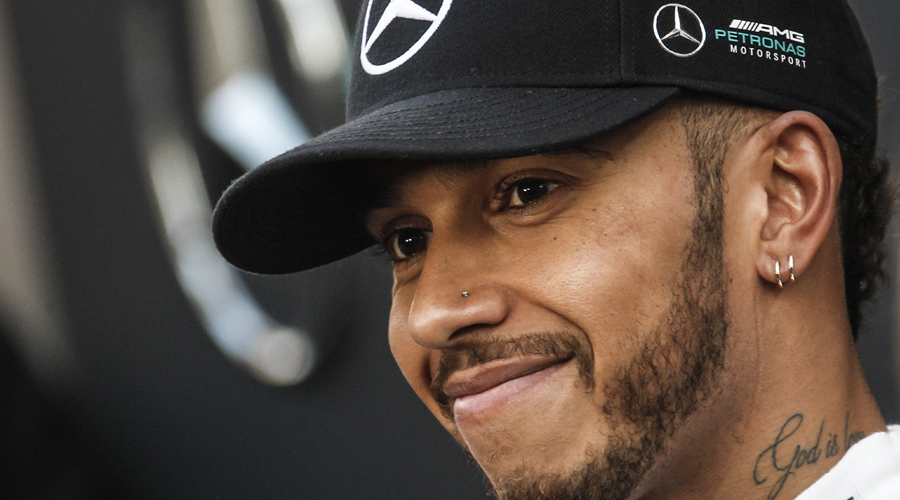 Wallace found an ally in Hamilton in 2020 when, as NASCAR’s only Black driver at the top level, Wallace became a central figure of the nation’s racial justice reckoning. He successfully called on NASCAR to ban the Confederate flag at its events, and has taken a vocal role in social justice issues.

Hamilton is the only Black driver in F1.

Wallace missed last weekend’s race because of a behavioral suspension for deliberately crashing Kyle Larson at Las Vegas and then trying to fight Larson. Wallace returned to his car Saturday at Martinsville Speedway and qualified 24th for his return race.

“I think the best thing he can do is not let anything pull you down. Just keep on pushing, keep your head up, do not give up, do not listen to the things that are being said, do not read what’s on social media and just keep believing,” Hamilton said after qualifying third on Saturday for the Mexico City Grand Prix.

“I think if you let those things get to you, it can hold you back. So I just ask him to hold his head high and don’t give up.”

Wallace earlier on Saturday acknowledged the suspension was difficult on him.

“I hated not being in that race. I was bummed, legit bummed that I wasn’t racing,” Wallace said at the Virginia track.

“What have I learned? You have to think before you do. In this sport, it’s the heat of the moment-type things that get to you.

“Seeing that and going back and looking at a 10,000- foot view, definitely could have handled everything way different and been in a different spot. I put myself in a bad light, I put our team in a bad light, our sponsors. It’s just something that I’m not proud of, but moving on, moving forward I am not allowed to make that mistake again.”

Hamilton said he admires Wallace and nodded in understanding that there have been calls for Wallace to be penalized harsher by NASCAR — primarily by fans who don’t like Wallace.

“I think what he stands for is amazing, he is so brave with being outspoken,” Hamilton said.

“I saw his (Netflix) documentary and I am genuinely very proud of him.”