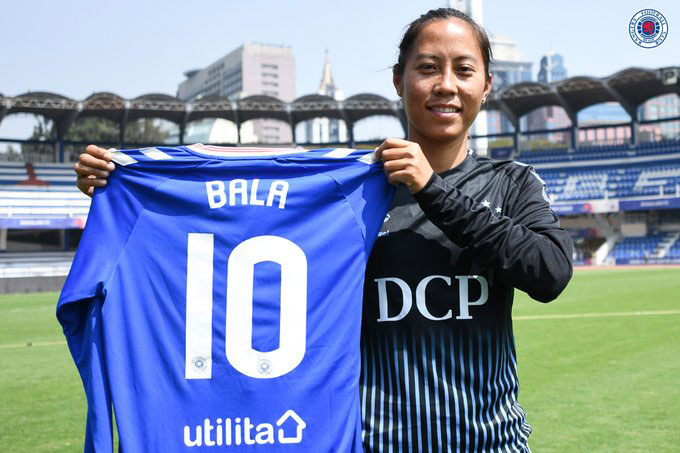 Bala Devi Ngangom, one of the most experienced women footballers of the country, has scripted history by signing for the Scottish team Rangers Football Club.

The Manipuri forward becomes the first-ever Indian woman footballer to play professionally outside the country. She has also become the first Asian player to sign for the club.

The 29-year-old joins the club on a 18-month-deal after a successful trial at Rangers in November last year.

“To play my football in Europe with one of the biggest clubs in the world is something I could never have dreamt of. I’m looking forward to making the most of the top-class facilities and coaching and I am certain I will benefit immensely from the standard of training and competition,” Bala was quoted as saying by the club’s website.

“I hope my move to Rangers serves as an example to all the women footballers in India, who dream of taking up the sport professionally,” she added.

“Also, this move wouldn’t have been possible without Bengaluru FC who have been instrumental throughout. I can’t wait to get to Glasgow, join my teammates,”she said.