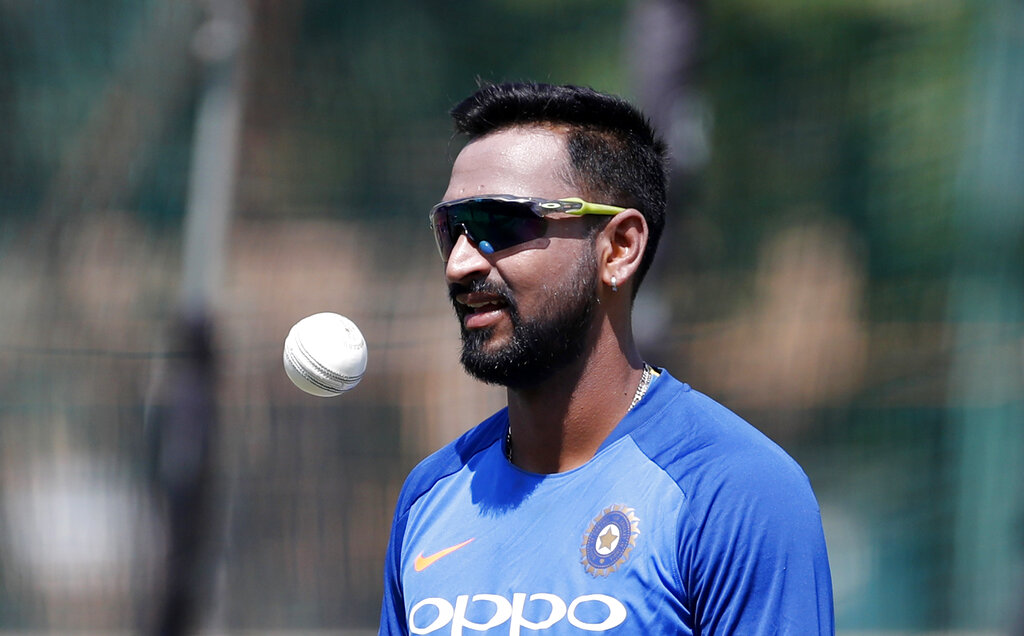 Krunal Pandya prepares to bowl in the nets during a training session on the eve of India's second T20 international cricket match against Australia in Bangalore on Tuesday.
AP
TT Bureau   |   Calcutta   |   Published 26.02.19, 09:44 PM

All-rounder Krunal Pandya insisted that India haven’t lost momentum despite losing the opening T20I against Australia in Visakhapatnam on Sunday.

Instead, India have taken heart from “almost defending” their low total of 126 for seven.

Krunal feels that it’s only in batting that India need to do better as they look to avoid a series defeat.

“It was a great bowling effort. Everyone chipped in and we almost defended the low total. We just have to be more cautious about our batting,” said Krunal on the eve of the second and final T20I against Australia in Bangalore.

“We have a very important game ahead as we are 0-1 down, but I would say that we have not lost momentum. We lost the other night, but we are not losing consecutive games. I am sure we will do well tomorrow,” he added.

Krunal, so far, has performed decently for India in this format ever since his debut last November. But he didn’t get too many chances to bat in the matches he has played.

Asked if he would like to bat higher up the order than at No. 7, where he batted in the last game, Krunal said: “Honestly, I am not thinking about where I want to bat.

“I am just focused on what’s in my hands irrespective of the situation. I want to contribute with both bat and ball.”

Krunal said it would be nice to have some part-time options in the team, considering India played five specialist bowlers the other evening. “All the five bowlers who had played are all quality bowlers. All are match-winners on a given day.

“If you have options, it is good. But whatever is there, we are fine with that.”

Krunal also praised Australia for their effort in the first game. “History says they are a competitive side and we know that they will give 100 per cent every time they step on to the field. We are mindful of that.

“However, the wicket looks good here. It will be better than how it was in Visakhapatnam, for sure. So, we expect more runs,” he said.