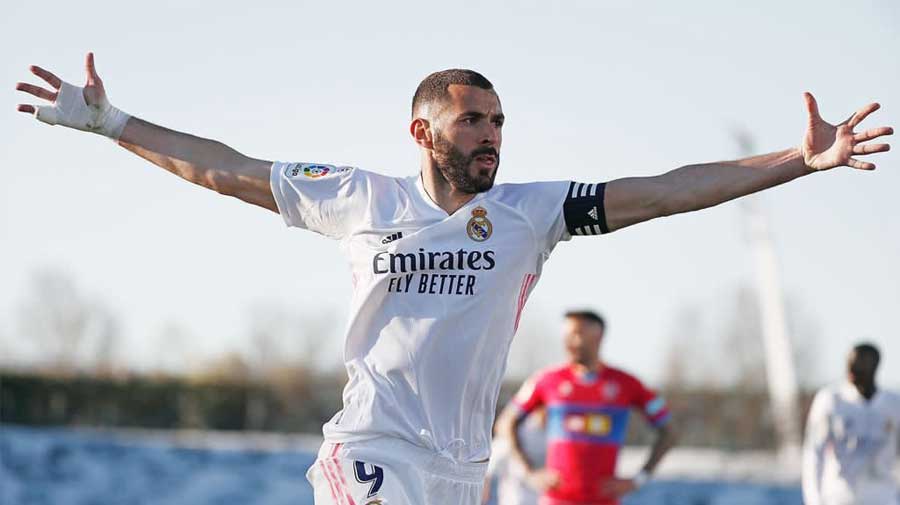 La Liga leaders Atletico Madrid drew 0-0 away to struggling Getafe on Saturday, despite playing the latter stages of the game with an extra man, offering renewed hope to title rivals Real Madrid and Barcelona.

Getafe’s Allan Nyom was shown a red card after a VAR review for a crunching tackle on Atletico’s Renan Lodi in the 70th minute but the visitors could not make their advantage count.

Diego Simeone’s side lead the standings on 63 points while Real Madrid are second on 57.

Real found themselves trailing in the 61st minute but took all three points thanks to two goals from Karim Benzema in the 73rd and 91st minutes.