Former world No.1 complained about the playing conditions at the tournament amid light drizzle and low temperatures during her 6-1, 6-2 first-round victory on Sunday 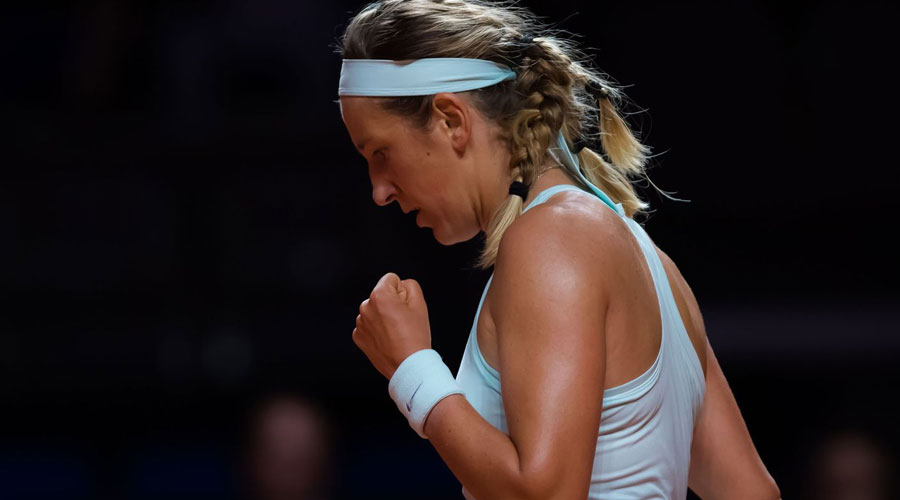 Former world No.1 Victoria Azarenka complained about the playing conditions at the French Open amid light drizzle and low temperatures during her 6-1, 6-2 first-round victory on Sunday.

The US Open runner-up, who entered court Suzanne Lenglen wearing a thick pink puffer jacket, and her opponent Danka Kovinic walked off the court after play was suspended with Belarusian Azarenka leading 2-1.

“No. It’s eight degrees. I live in Florida, I’m used to hot weather,” a furious Azarenka told the supervisor who asked her to wait on court until a decision was made on whether the match should continue.

Speaking to her opponent from Montenegro, 10th seed Azarenka, said: “Do you want to wait on court? “No,” Kovinic replied.

The players returned after a delay of about 50 minutes and Azarenka immediately broke her opponent’s serve before wrapping up victory in front of nine spectators.

Big-serving American John Isner also said it was “bit nasty out there” after coming through his opening round. The 35-year-old Texas resident does not usually play in chill winds and drizzle on a damp claycourt, but the 21st seed still impressed in a 6-4, 6-1, 6-3 defeat of French wildcard Elliot Benchetrit in one hour 42 minutes.

What was billed as an opening day classic turned into a damp squib as Stan Wawrinka crushed Andy Murray 6-1, 6-3, 6-2. The last time they met on Court Philippe Chatrier, in the 2017 semi-final, Wawrinka came through a five-set slugfest but this time it proved a painfully one-sided affair against a flat Murray.

Top seed Simona Halep had to stay in her hotel room on her 29th birthday drinking a celebratory bottle of water due to Covid-19 protocols, but the Romanian was pleased to earlier have gifted herself the “perfect present”.

Italian teenager Jannik Sinner upset 11th seed David Goffin in a breezy 7-5, 6-0, 6-3 victory on his French Open debut to confirm his status as one of the most exciting talents in men’s tennis.

American veteran Venus Williams said she will not play again this year after losing 4-6, 4-6 to Slovakia’s Anna Karolina Schmiedlova. “I’m going home from here. I’m done. If there is somewhere to play, I won’t be there,” she said.