The World No. 1 swept past 153rd-ranked Galan 6-0, 6-3, 6-2 with his most challenging moment coming when he helped groundstaff lay more clay 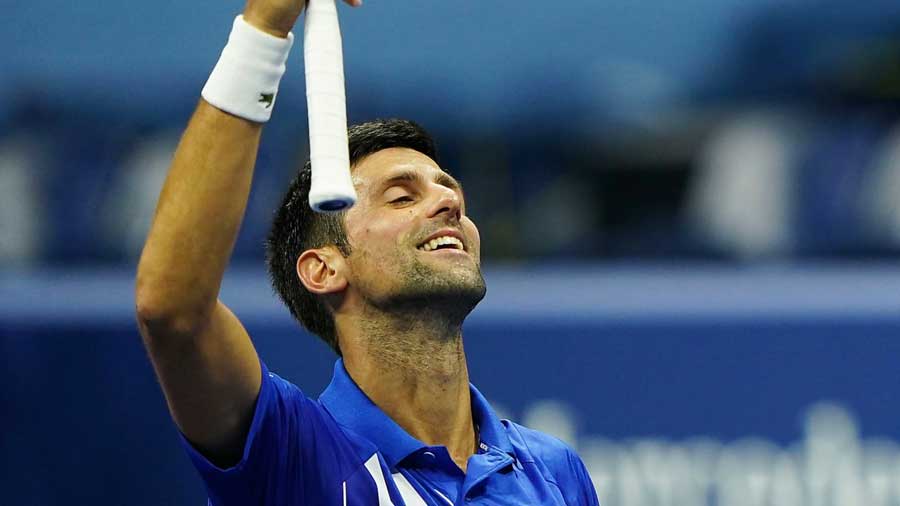 World No. 1 Djokovic swept past 153rd-ranked Galan 6-0, 6-3, 6-2 with his most challenging moment coming when he helped groundstaff lay more clay on the surface of Court Philippe Chatrier after rain had made it treacherous.

Next up is Russian 15th seed Karen Khachanov who put out Chile’s Cristian Garin.

He became the fourth man to reach the fourth round of a Grand Slam as a qualifier after Lee Hyung-Taik Lee (2000 US Open), David Goffin (2012 Roland Garros) and Juan Ignacio Londero (2019 Roland Garros).

The 22-year-old was not even sure he would make his debut at this year’s Grand Slam at Roland Garros as he was struggling with an injury and needed a go-ahead from a doctor at the last minute to take part in the qualifiers.

On Saturday, Altmaier picked up the biggest win in his nascent career on Court Philippe Chatrier by defeating the world No. 8 Berrettini, having also beaten Feliciano Lopez and Jan-Lennard Struff in his previous rounds.

Greek fifth seed Stefanos Tsitsipas also advanced to the fourth round after his opponent Aljaz Bedene retired with an ankle injury while trailing 6-1, 6-2, 3-1.

In his fourth round, the Greek will play Bulgarian 18th seed Grigor Dimitrov, who also advanced in a similar fashion when Roberto Carballes Baena of Spain retired due to sickness.

Tunisia’s Ons Jabeur became the first Arab woman to reach the fourth round of the French Open as she beat eighth seed Aryna Sabalenka 7-6 (7), 2-6, 6-3.

Next up for the Belgium-born Ferro is American fourth seed Sofia Kenin, the Australian Open champion who wasted no time in destroying Romanian Irina Bara 6-2, 6-0.

Petra Kvitova required all her firepower to subdue Canadian teenager Leylah Fernandez as she overcame a terrible start to win 7-5 6-3 and reach the fourth round.