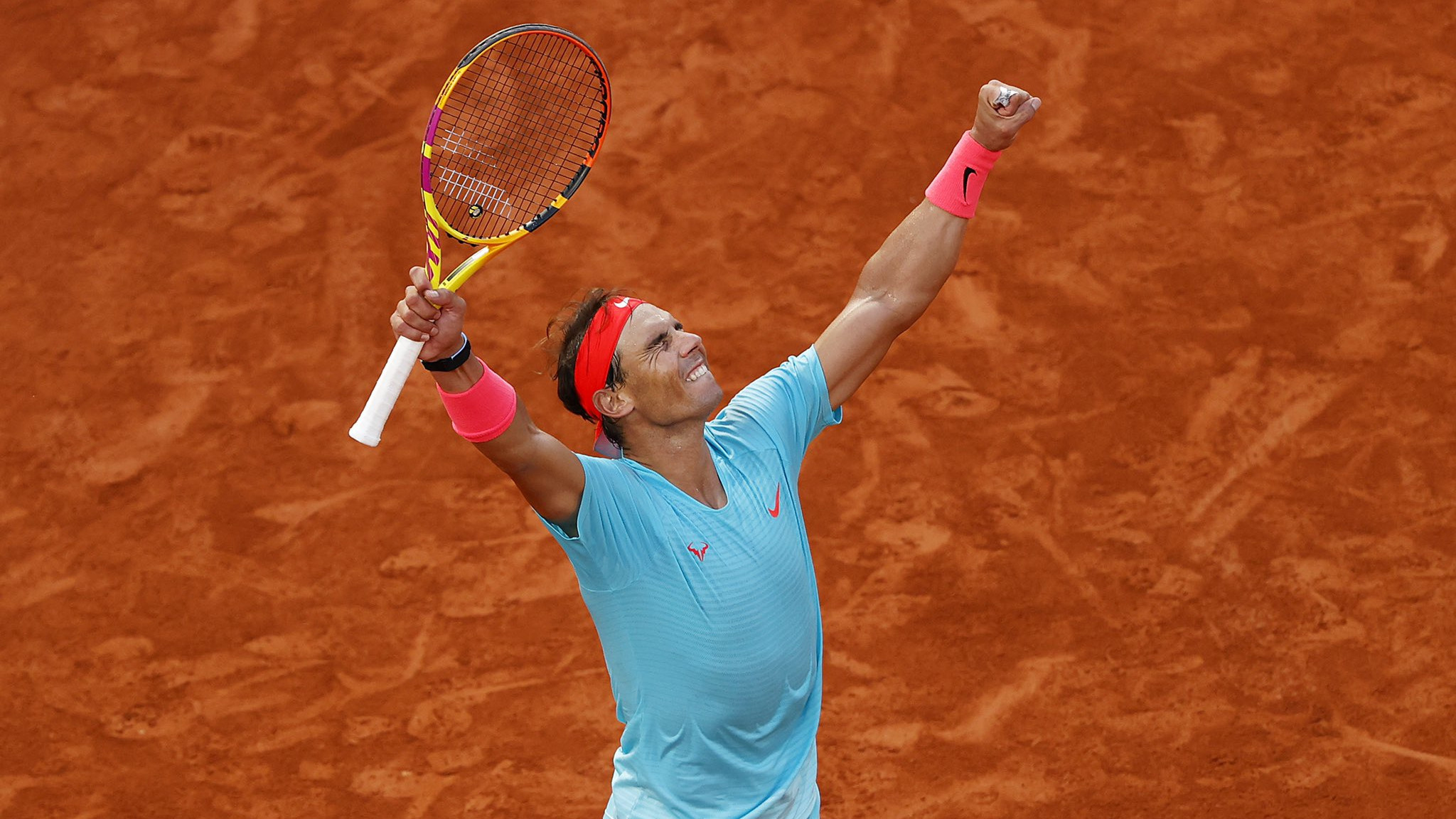 Nadal equalled long-time rival Federer for the most major singles tennis championships won by a man and added to his own record at Roland Garros with No 13 on the red clay, courtesty of a surprisingly dominant 6-0 6-2 7-5 victory over the No 1-ranked Djokovic on Sunday.

When Nadal ended it with an ace, he dropped to his knees, smiled widely and pumped his arms.

He did not cede a set in his favorite tournament this year.

Nadal, No 2 in the rankings, improved to 100-2 at the French Open, including a combined 26-0 in semifinals and finals, and picked up his fourth consecutive title in Paris.

The 34-year-old left-hander from Spain previously put together streaks of four French Open championships from 2005-08, then five in a row from 2010-14, to go alongside his four trophies at the US Open, two at Wimbledon and one at the Australian Open.

Nadal is now even with Federer for the first time since each man had zero Slams to his name in 2003. Federer's first arrived at Wimbledon that year; Nadal, naturally, earned his first in France in 2005, by which point he trailed 4-0.

Nadal is the oldest French Open champion since 1972 and the more than 15 years between his first and most recent Grand Slam titles is the longest such span for a man.

This was the 56th installment of Nadal vs Djokovic, the most meetings between any pair of men in the professional era, and their ninth in a Grand Slam final, equalling Nadal vs Federer for the most.